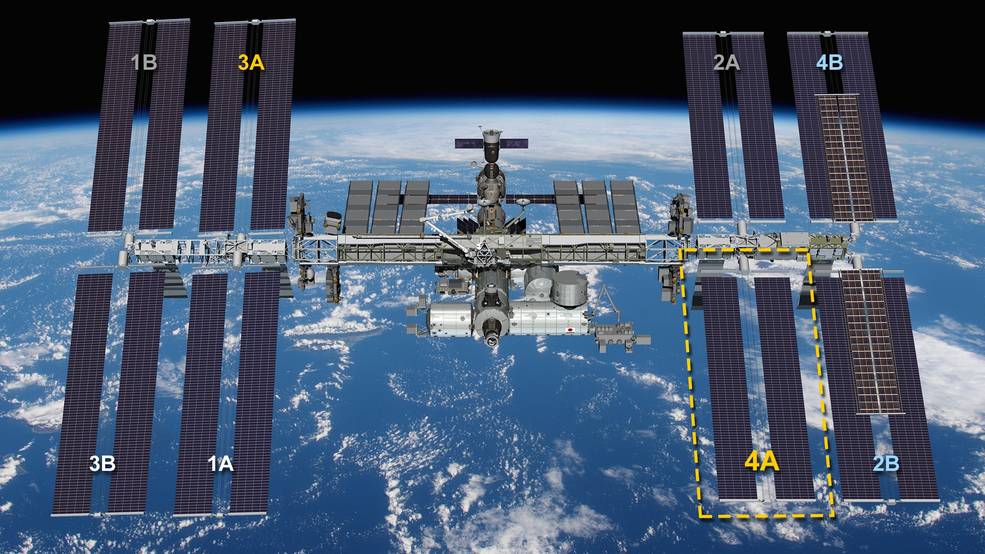 The International Space Station (ISS) has maneuvered out of the way of debris that was expected to come close to the orbital outpost on Monday night.

The ISS fired its Progress 81 thrusters fired for 5 minutes, 5 seconds at 8:25 p.m. ET in what’s known as a “Pre-Determined Debris Avoidance Maneuver,” NASA said. The procedure had no impact on operations at the station, where seven astronauts currently reside. Even without the maneuver, NASA said the fragment of space debris would probably have passed within about three miles of the station, but the precautionary measure ensured that an even greater distance was put between the two objects.

The junk was identified as part of Cosmos-1408, an electronic signals intelligence satellite launched by the Soviet Union in September 1982 but which became inactive a couple of years later. The Russians destroyed Cosmos-1408 in a weapons test last November, an act that created around 1,500 pieces of space debris that currently orbits between 190 miles and 680 miles above Earth — within the range of the ISS, which orbits Earth at around 250 miles.

In a troubling incident that occurred shortly after the satellite’s destruction, astronauts aboard the ISS were ordered to take shelter in the Crew Dragon and Soyuz spacecraft as the station came close to a cloud of space junk comprising parts of Cosmos-1408.

At the time, NASA chief Bill Nelson expressed anger at the situation, describing the satellite strike as “reckless and dangerous,” adding: “It is unthinkable that Russia would endanger not only the American and international partner astronauts on the ISS, but also their own cosmonauts.”

NASA research suggests there are tens of millions of pieces of space debris in low-Earth orbit. Most are less than 1mm long and impossible to track, but there are also estimated to be some half a million marble-sized pieces.

With the space station traveling around Earth at around 17,500 mph, a strike by any object could cause serious damage, or something far worse. Aside from the ISS, satellites providing vital communication services and other data could also be knocked out by a collision with space junk.

To protect operational orbital equipment from debris strikes, NASA and its partners have various measures in place. The European Space Operations Centre in Darmstadt, Germany, for example, has technology that tracks orbital debris, with the team there able to ensure satellites are moved out of harm’s way when it detects a potential collision.

In plans to clear up the debris, various companies have been developing a range of solutions, including an iodine thruster system, a giant space harpoon, and magnet technology. But it could still be some time before a fully tested and successful system is put in place.