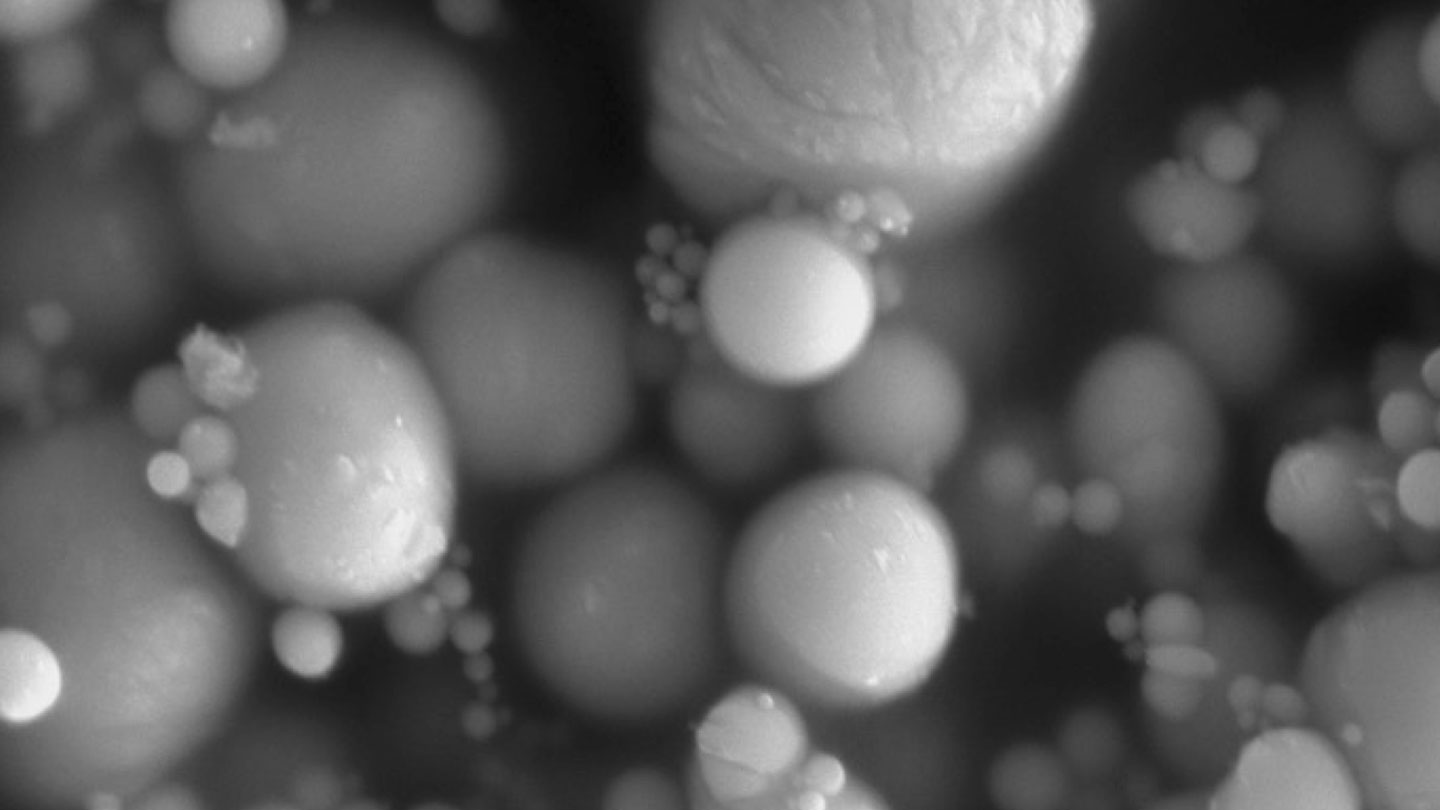 The technique, described in the Nov. 11 Science, adds a new approach to the toolbox for researchers developing circuitry for medical sensors that attach to the skin, wearable electronics and other applications where rigid circuit electronics are less than ideal (SN: 6/1/18).

The researchers began by drawing on sheets of stretchy plastic with lines of microscopic droplets made of an alloy of gallium and indium. The metal alloy is liquid at temperatures above about 16° Celsius.

Though the liquid metal is electrically conductive, the droplets quickly oxidize. That process covers each of them with a thin insulating layer. The layers carry static charges that push the drops apart, making them useless for connecting the LEDs, microchips and other components in electronic circuitry.

By hitting the microspheres with high-frequency sound waves, the researchers caused the microscopic balls to shed even smaller, nanoscopic balls of liquid metal. The tiny spheres bridge the gaps between the larger ones, and that close contact allows electrons to tunnel through the oxide layers so that the droplets can carry electricity.

When the plastic that the drops are printed on is stretched or bent, the larger balls of metal can deform, while the smaller ones act like rigid particles that shift around to maintain contact.

The researchers demonstrated their conductors by connecting electronics into a stretchy pattern of LEDs displaying the initials of the Dynamic Materials Design Laboratory, where the work was done. The team also built a sensor with the conductors that can monitor blood through a person’s skin (SN: 2/17/18).

Flexible electronics applications aren’t new, says materials scientist Jiheong Kang of the Korea Advanced Institute of Science and Technology in Daejeon, South Korea. But there are advantages of the new approach over other designs, he says, such as those that rely on channels filled with liquid metal that can leak if the circuitry is damaged. Liquid metal in the conductors that Kang and colleagues developed stays trapped in the tiny spheres that are embedded in the plastic and remains in place even if the material is torn.

Wires made of liquid metal have often been the go-to conductors for stretchy electronics, says Carmel Majidi, a researcher in mechanical engineering at Carnegie Mellon University in Pittsburgh who was not involved with the new study. Using ultrasound introduces a “novel approach to achieving that conductivity.” Other groups have managed that feat by heating circuits, exposing them to lasers, squishing them or vibrating the circuits to get droplets to connect to each other, he says.

Majidi isn’t convinced that the ultrasound approach is a game changer for flexible circuits. But he says that it’s high time the subject is appearing in a leading journal like Science. “I’m personally really excited to see the field overall, and this particular type of material architecture, is now gaining this visibility.”

Experiment reveals why pundits can be unreliable

E-Rupee for Retail to Be Soon Piloted by 5 More…