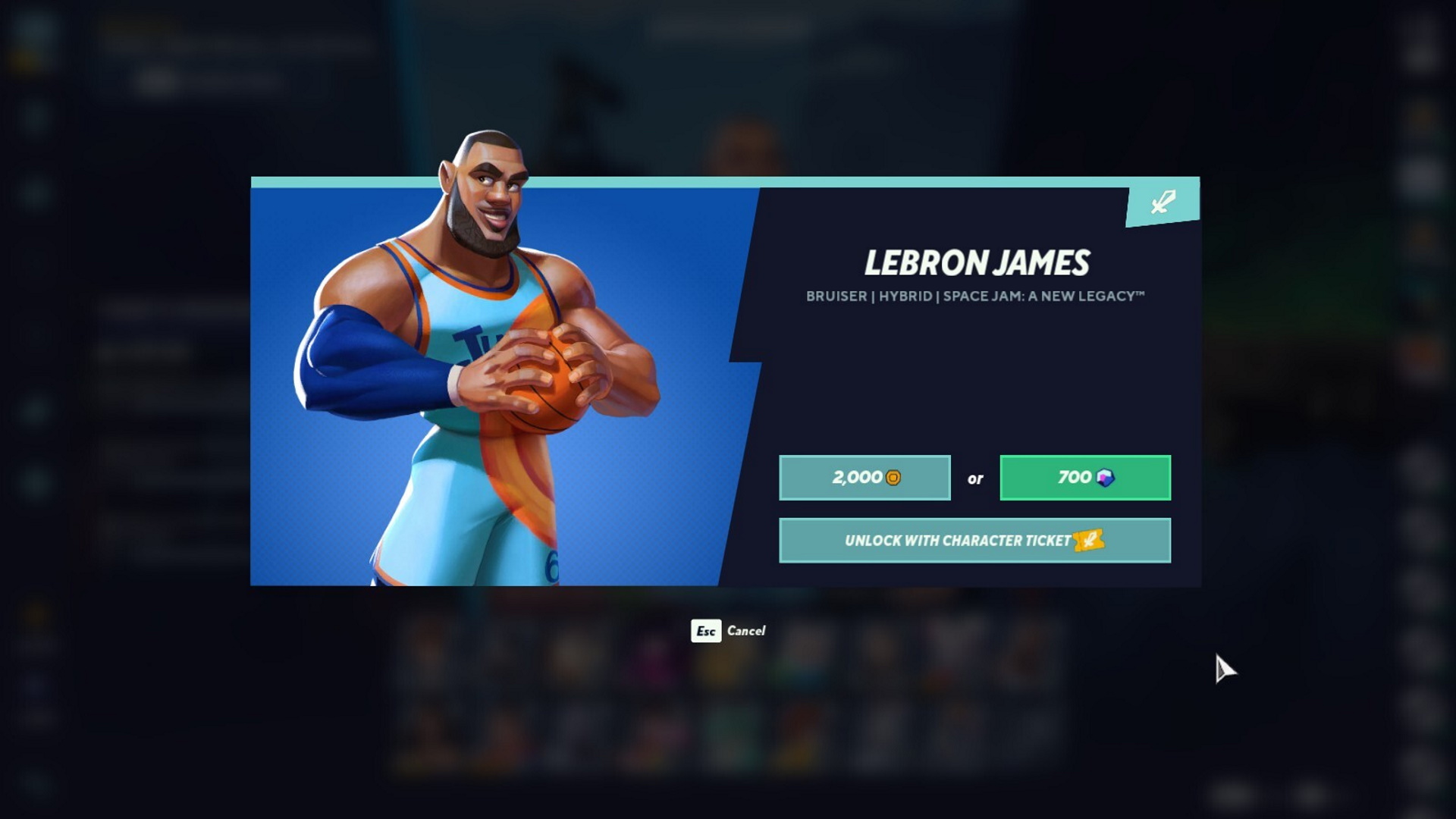 The MultiVersus cosmetics system comes with a bit of a quirk that’s rather frustrating for some players. Even if you purchase a skin or other cosmetic, such as an emote, with real money or gold, there’s probably going to be a moment in the first month or so of your time with the fighting game that you’re actually blocked from using it, at least for a little while. MultiVersus features a roster of free characters that rotates every few weeks. During launch week, you can play as Superman even without unlocking him, for example, while the following week may feature Shaggy or Tom and Jerry.

If you bought cosmetics for a character and didn’t actually unlock them yet, you’re stuck having to grind for gold to buy them or, if you’re determined to use your gold for other purposes, waiting until the rotation comes around again.

It’s not a massive problem. Playing the game a bit each day is enough to earn a decent amount of gold. Granted, there’s a lot of demands on your stash, from character upgrades to other skins, so it’s not always convenient spending your gold on new characters.

The quirk is more of an annoyance than anything, but it does emphasize the rather unsavory relationship between ownership and transactions in free-to-play games. Take Genshin Impact, for example, which also offers paid cosmetics – and at a not-insignificant price – that are ultimately useless if you don’t get lucky enough to recruit a certain character.

Still, at least it only takes time and not real money to unlock MultiVersus characters. If you’re wondering which ones are worth your hard-won gold, check out our MultiVersus tier list for some hot tips.

We’ve also got some recommendations for how to toast, and which perks are worth your time.

If you got used to Taz during the closed beta, you’ll need to adjust your expectations a bit as well. The whirling menace was on the receiving end of a pretty substantial nerf ahead of the open beta

Innovative indie gem Before Your Eyes comes to Netflix Games