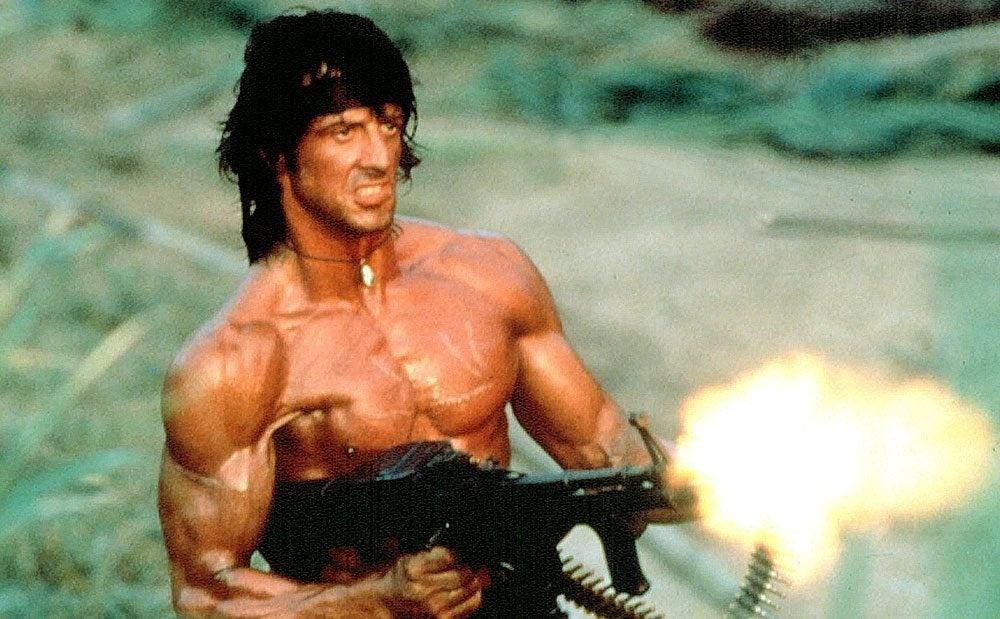 ARCAS consists of an artificial intelligence-powered computer that interfaces with the rifle’s electro-optical sight. It mounts to the rifle’s forward grip below the handguard and is coupled with either an on-gun sight/display mounted atop the receiver or a Bluetooth-linked sight/display monocle that mounts to a soldier’s helmet.

According to Elbit, the system transforms the weapon from a “dumb” rifle which soldiers simply aim down its bore into a digital, networked combat machine with “real-time intuitive actionable combat information.”

“Today, the regular soldier’s weapon has no intelligence, no computer and can do nothing more than fire,” Israel Gronwald, Elbit’s vice president, Infantry & Special Forces business unit says. “Using ARCAS we can bring a [variety] of applications to regular infantry forces.”

The company affirms that ARCAS can offer applications and capabilities including passive range measurement, automatic ballistic correction, detection of fire sources, video motion detection and the ability to interface with tactical command and control. Other applications include navigation assistance, friend or foe identification, tracking of stoppage and ammunition and weapon-zeroing without the need for live fire.

The most attention-getting app is the accurate around-the-corner or from-the-hip target shots that Elbit claims an ARCAS-equipped rifle can make.

A soldier could shelter behind the edge of a wall or other partition, stick his rifle out around the corner, left or right, and see the target through the rifle-mounted sight/sensor. The AI computer displays the target with a firing/aiming solution on the Bluetooth eyepiece, and the soldier manipulates the weapon to lineup the target reticle. Firing from the hip works in the same fashion with Sylvester Stallone panache.

The system’s remote sighting and other capabilities are Elbit’s for-export answer to smart soldier combat systems like the U.S. Army’s Integrated Visual Augmentation System (IVAS) or “fighting goggle.” Like IVAS, ARCAS has potential command-control network capability though it is not cloud-linked or as sophisticated as the former.

ARCAS also stations the AI computer on the weapon rather than in headgear. The Israeli company perceives an aftermarket for smart rifle technology that ITAR restrictions may prevent the U.S. from selling.

“Most infantry users are not using sophisticated technology like in the F-35. Most are using their [primary] weapons with [optical] weapons sights and thermal imaging. We already have a thermal weapons sight which uses a [small] computer.”

Elbit is offering two base configurations; one in which the helmet-mounted sight/display links with the rifle-mounted computer and a second which puts a thermal sight atop the weapon to pair with the computer. The company says ARCAS can integrate with any electro-optical sight. A customer could buy just the AI-computer with whatever particular applications they desire to be fitted to their weapons.

Chernobrov says “the sky is the limit” for potential co-developed customer applications. ARCAS is not yet on the market but Elbit has produced and placed dozens of prototypes in the hands of potential users for preliminary evaluation. “There are a lot of armies looking at modernization. We’ve been talking with many of them for the last month,” he adds.

The network capability of ARCAS is chiefly short-range radio-enabled, allowing for coordination between the members of a platoon or squad. Encrypted networking is “not mainly designed to transmit data to airplanes or a headquarters,” Chernobrov stresses.

Nonetheless, ARCAS does have the ability to receive from/transmit to C2 systems. Elbit envisions the capability typically being limited to one soldier in a formation but recognizes the propensity of potential customers to want to micro-control ARCAS-equipped combat teams via C2 links.

“If there’s a risk [of detection or interference] then the soldier can just shut it off and work as a stand-alone soldier,” Gronwald says.

Elbit also says there’s an option to shut down ARCAS capability should a rifle so-equipped fall into enemy hands. Chernobrov opines that with the spread of such smart systems on the global battlefield over the next decade, physically losing such equipment won’t be meaningful.

“If something like that happens, we don’t think there will be any real damage. Of course, it will give [adversaries] information but this technology is coming to the market,” he acknowledges.

ARCAS’ display and user interface is designed to be as intuitive as possible the company says. It takes about an hour to explain how to operate the system, change the batteries, and use ARCAS manuals, according to Elbit. A soldier can then go to the firing range to get a feel for employing the augmented assault rifle.

“It’s that simple. In half a day, a soldier is well familiar with the system,” Gronwald says. Achieving Rambo-like invincibility might take a little longer.

Denial of responsibility! TechCodex is an automatic aggregator of the all world’s media. In each content, the hyperlink to the primary source is specified. All trademarks belong to their rightful owners, all materials to their authors. If you are the owner of the content and do not want us to publish your materials, please contact us by email – [email protected]. The content will be deleted within 24 hours.
ARCASArie ChernobrovElbit SystemsinfantryIsraelIVASRambosmart rifle
0
Share

The Call of Duty: Vanguard beta has significant server and audio issues

DC FanDome 2021: The Biggest Trailers and…