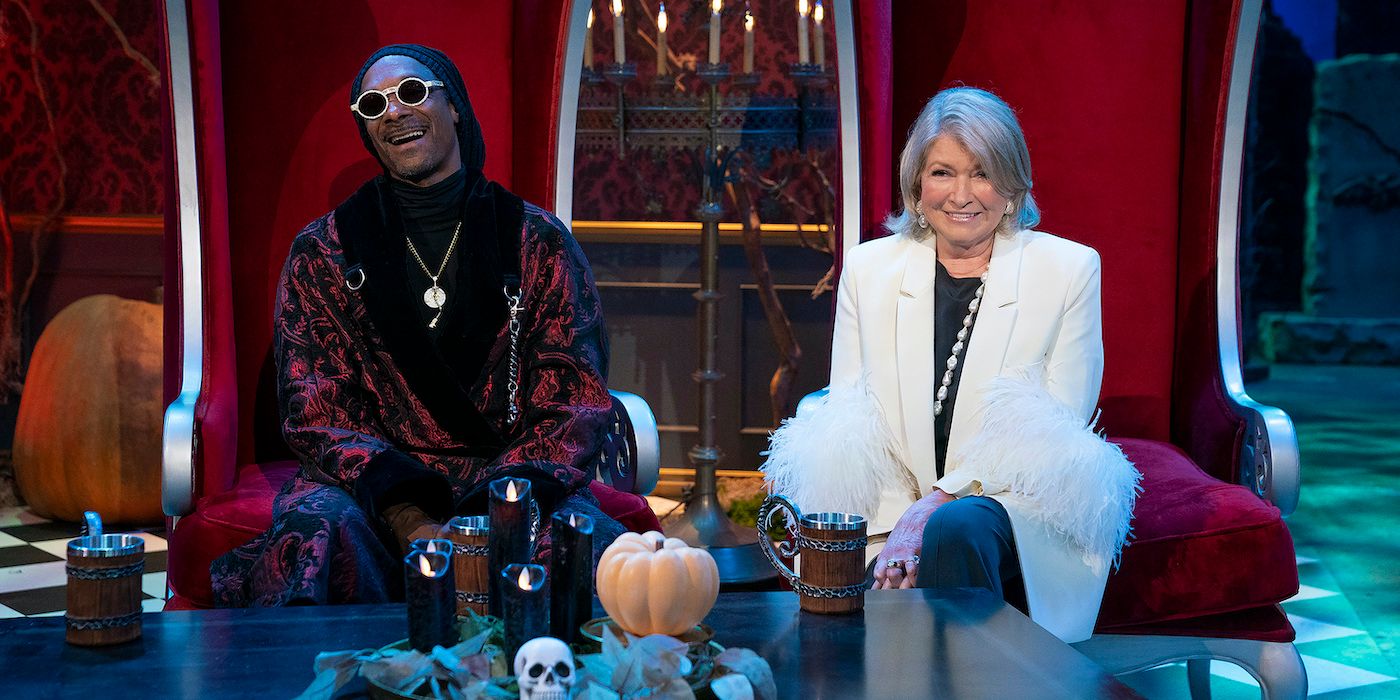 Reuniting the hosts of VH1’s hit Martha & Snoop’s Potluck Party Challenge, the competition sees talented bakers facing off to create the ultimate Halloween treat. The competitors are split in to 3-person “scare squads,” where they aim to create an “immersive, edible spectacle that celebrates the colorful creativity of Halloween.” Their tasty Halloween worlds will be judged by Stewart and Snoop, alongside Tasty’s Making It Big host, Alvin Zhou.

RELATED: 10 of the Best Movie Performances from Rappers

The special represents the first of a partnership between Peacock and Buzzfeed Studios for a slate of original unscripted programming. Reteaming the Stewart and Snoop for a holiday-themed special certainly seems like a sure hit for the partnership, and is sure to spawn some truly memeable moments. It should also make for a pretty solid cooking competition, hitting on the elaborate desserts of shows like Cake Boss and Ultimate Cake Off (or even some of the more involved theme bakes from The Great British Bake Off), lending an interesting, spooky twist on the cooking competition formula. Throw in some of Snoop and Stewart’s easy chemistry, and this special should be more treat than trick.

The horror hostess is finally making a return to the small screen.