Smart Thread Is The Future Of Wearable Tech. Here’s One Startup Making It Happen 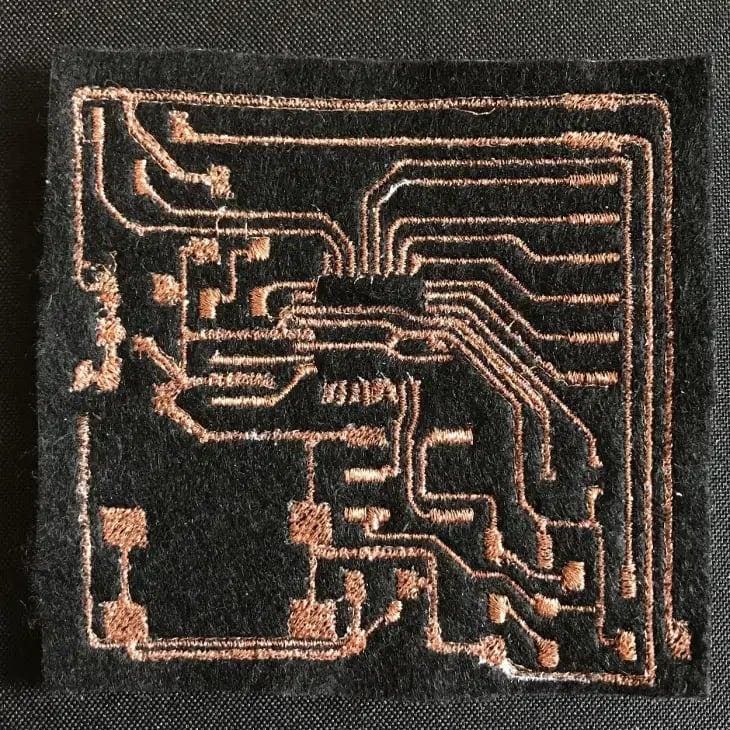 The dirty little secret of wearable tech is that mostly, it’s not.

Most wearables are strappables. Or they’re add-ons: hard little chunks of plastic and metal and battery embedded in a shoe or bracelet. Or they’re mounted on your head like Navy Seal night-vision googles, minus the cool missions, the night, and the Navy Seals. Or they’re insertable like biohackers slicing their hands to accept an RFID chip or even drilling into skulls as Elon Musk’s Neuralink would require.

Very few move with your skin, adapt to your posture, or cling to you as comfortably as clothing.

That’s something Nextiles is working to fix.

“You have a phone that can do WiFi, acceleration, it can connect to GPS,” co-founder and CEO George Sun told me recently on the TechFirst podcast. “We’re literally trying to sew the same kind of highway of data streams that you can normally find in a computer chip, but do that in clothing. And we’ve found — and we have patented — both the materials, both the manufacturing method and the devices that actually make these sensors.”

Sun, an MIT graduate with a PhD, founded Nextiles as a tech startup in the old garment district of New York. That intentional: an attempt to reinvigorate a centuries-old industry and millennia-old technology with cutting-edge innovation. Smart clothing can be made with conductive inks, but it’s a massive chemical process involving molten metal and screen printing. Threads are at once more basic — anyone can sew them — and more durable than something applied on top of fabric.

It’s also interesting, because most of the circuitry that is inside modern tech is invisible to the naked eye. But smart thread forms patterns that are at once visible and even, potentially, aesthetically interesting.

“The threads that we’re sewing, they’re not even on the micron scale … they’re threads; you can see them,” Sun says. “We always joke around in the company that it looks like Iron Man, like, right now you can see all the signals — kind of like veins — kind of powering that suit. So if you do want it, we can actually do customized garments that do have these highways exposed. But there are actually quite unique methodologies where we do cover it, we do hide it, so it doesn’t look too Frankenstein if that’s what people are thinking about.”

The uses right now are in sports technology.

Nextiles is working with athletes in the MLB and NFL, embedding smart thread into clothing and athletic compression gear that reports on motion, pressure, bending, torque, twisting, and other activity to help athletes understand what’s working and what to aim for, and also what’s broken and what not to do. Nextiles can calculate angular velocity, strain, stress, and highlight warning signs of fatigue.

Being directly on the body and moving with it is key, Sun says.

“Trying to use accelerometers … that’s a little bit indirect, right?” he says. “Movement can come from anything. You can be on a bike and it’s moving. You can be spinning around and that’s moving. But to really measure forces — forces that come from the body — now that’s really, really different and that’s what we’re trying to garner and collect.”

The data the sensors generate could take an already data-mad sport like baseball and take it to the next level, helping trainers and coaches understand when a pitcher is changing his arm angle, when a catcher’s quads and knees have just about had enough, and when a slugger is getting away from the optimum launch angle for home runs.

The data could also show change over time, correlated with both increases and decreases in performance, helping athletes assess the impact of training, exercise, practice, and even Father Time.

Eventually, the technology will come to the consumer level in 2022 or 2023, where it will cost more than a standard T-shirt but less than an Apple Watch, Sun says.

And eventually it will also be entirely clothing based.

Because even Nextiles, for now, includes a hard plastic bead in its smart clothing. That houses a small battery and Bluetooth radio to transmit the data to an app on a smartphone. Eventually, however, sewn devices in smart clothing should be able to harvest energy from ambient motion and heat.

“We are looking into piezoelectric materials,” Sun says. “Every time you crunch your leg or you do a step, you’re going to make a little bolt of electricity and that I can get stored. And so that’s in our horizon that the more you move your body, the more you can collect that ambient movement energy, the kinetics back to powering that battery.”

Perhaps Nextiles will even partner with a company like Wiliot, which prints tiny battery-free computers with Bluetooth radios that harvest energy from ambient radio waves.

Now that would really be truly wearable tech.

Get a full transcript of my conversation with George Sun, or subscribe to the TechFirst podcast.

Denial of responsibility! TechCodex is an automatic aggregator of the all world’s media. In each content, the hyperlink to the primary source is specified. All trademarks belong to their rightful owners, all materials to their authors. If you are the owner of the content and do not want us to publish your materials, please contact us by email – [email protected]. The content will be deleted within 24 hours.
George SunNextilessmart clothingsmart threadwearable techWearablesWiFi
0
Share

Loki Director on the One Sylvie Detail You May Have Missed