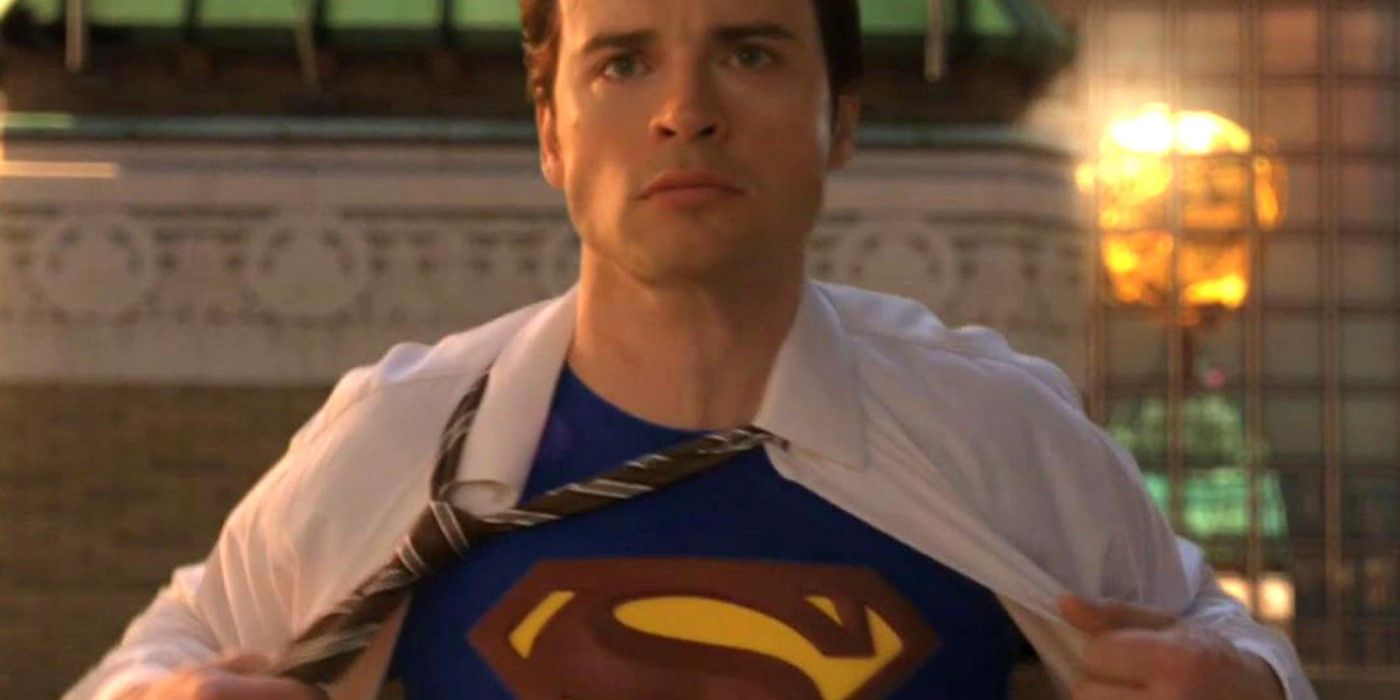 Warner Bros. will be releasing the entire series of hit series Smallville on Blu-Ray this October. This will mark the iconic superhero program’s first debut on Blu-Ray, with all 218 episodes from the series included. The collectible is arriving right on time for the series’ 20th anniversary.

Smallville: The Complete Series 20th Anniversary Edition will come loaded with 28 hours of bonus content. The extra features will include featurettes on Smallville‘s appearances at Comic-Con and the Paley Festival, the original pilot of The Adventures of Superboy starring John Rockwell, and Secret Origin: The American Story of DC Comics, a feature-length documentary that shines a light on the struggles and victories of the eponymous comics publishing company. Usual suspects of a series release of this magnitude, such as audio commentaries, deleted scenes, and gag reels, will also be included.

Related: ‘Smallville’ Animated Series in the Works From Tom Welling and Michael Rosenbaum

“The groundbreaking, Emmy®-winning 10-season hit that redefined the origins of the world’s greatest super hero is all here – from Krypton refugee Kal-El’s arrival on Earth through his tumultuous teen years to Clark Kent’s final steps toward embracing his destiny as the Man of Steel. Relive a decade’s worth of thrills in fantastic adventures full of action, heart and humor in abundance, all anchored by the marvelous performance of Tom Welling at its center. Savor again the series’ thoughtful and imaginative integration and reinvention of the iconic characters of DC lore. And let your spirits be lifted up, up and away.”

Tom Welling anchored Smallville as Clark Kent, while Kristin Kreuk, Michael Rosenbaum, Eric Johnson, Sam Jones III, Allison Mack, and Annette O’Toole made up the rest of the main cast. Smallville premiered in October 2001 and ran for ten years, premiering originally on The WB before the network’s transition to The CW. It’s hard to deny the impact of the series, which has certainly served as major inspiration for the Greg Berlanti-produced superhero fare that currently airs on The CW, from The Flash to Legends of Tomorrow.

Here are all the bonus features that will be included in the Blu-Ray release:

The Blu-Ray collection of Smallville, presented in a 16×9 widescreen format, will be avaible for pre-order on September 7, and will hit shelves on October 19. It will be priced at $179.99 ($209.99 in Canada), and contain 42 discs in total that encompass the 10 seasons and additional hours of bonus content. A digital download of the series will be a part of this set as well, with a DVD version also available at a lower price.

Will we finally see Ryan Murphy’s take on aliens?

Bryce Dallas Howard to Direct a Remake of Flight…

This is the Google Pixel 6 and Pixel 6 Pro,…