Google has launched a minor redesign of the Google Pay app that’s a step backwards compared to other recently updated Google apps.

The new design stashes all the sections in a side menu, which is odd since apps like Google Photos recently moved towards displaying everything in a bottom bar to get rid of the side menu. The old version of Google Pay, which you can look at here, used the bottom bar method effectively, so it’s unclear why Google choose to change it.

For the most part, the new design is pretty non-offensive. It combines your passes and loyalty cards like PC Optimum or insurance cards with your selected payment method on the main screen. While this might make this feature a little more convenient, it’s still not a good update. 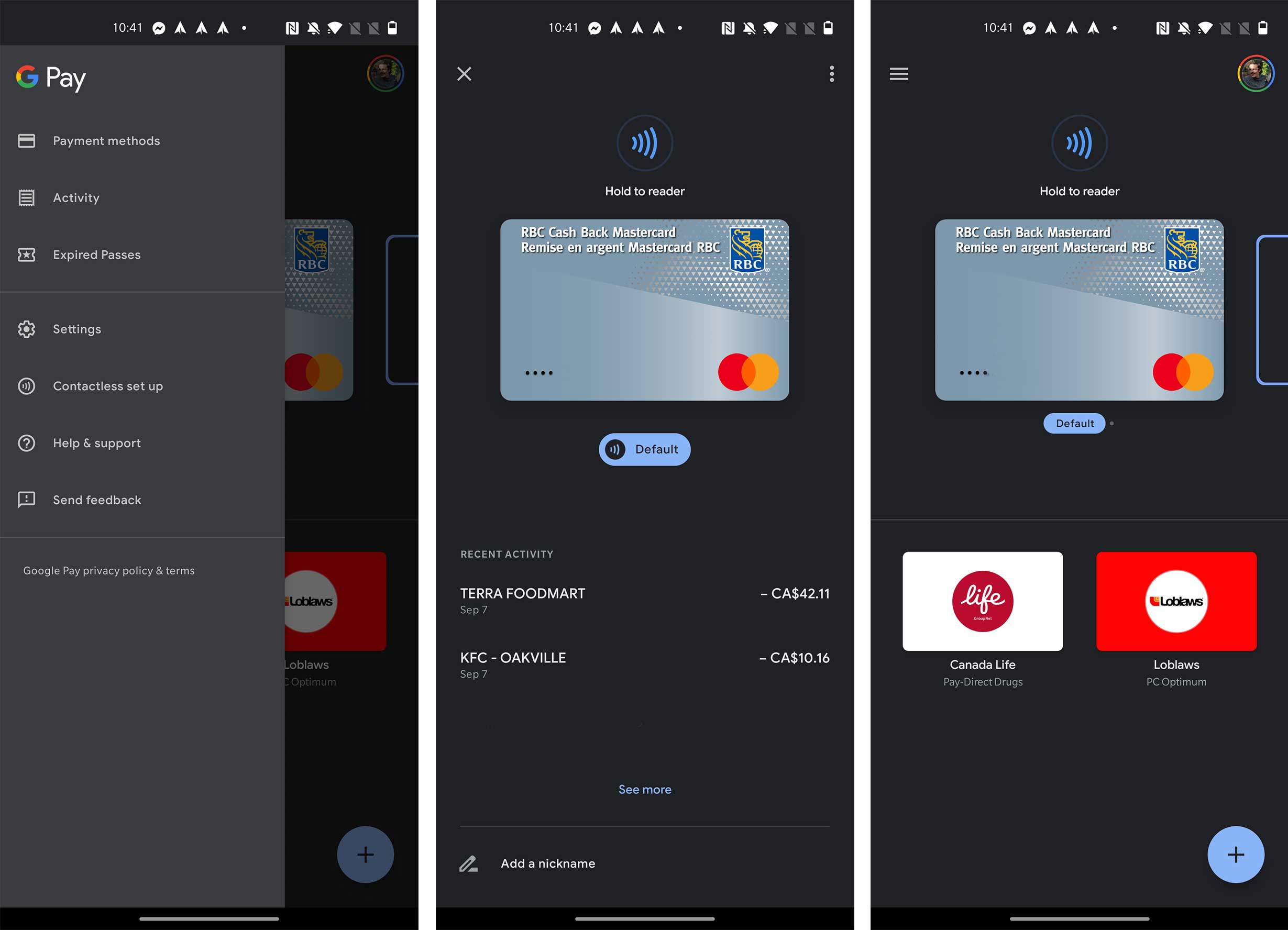 The new side menu, what happens when you tap on a payment card and the new home screen (in that order).

With the new Android 11 power menu that surfaces your contactless payment card options, you already have quick access to your credit and debit cards. Not to mention, it would make more sense for this menu to show your loyalty cards as well so they could easily get scanned at checkout. It’s just weird that Google decided to update the app with all these functions when it’s put so much work into Android 11 to make it so users don’t need to open the actual Google Pay app often.

This new update puts the Google Pay app more or less on par with Apple’s Wallet app, but without the quick access shortcut that the Cupertino tech giant has in the iOS Control Center. That said, you could argue that the ‘View All’ option buried within a three-dot menu in the new power button menu is this shortcut on Android. However, the fact that it’s hidden in a menu makes it a little more of a hassle than a FAB styled button.

In the end, I don’t have anything against the new main screen layout, but I don’t understand why Google didn’t leave the bottom bar with some of the more complex options.

Do you prefer 60Hz OLED or high refresh rate LCD?

Quibi is shutting down just six months after launching