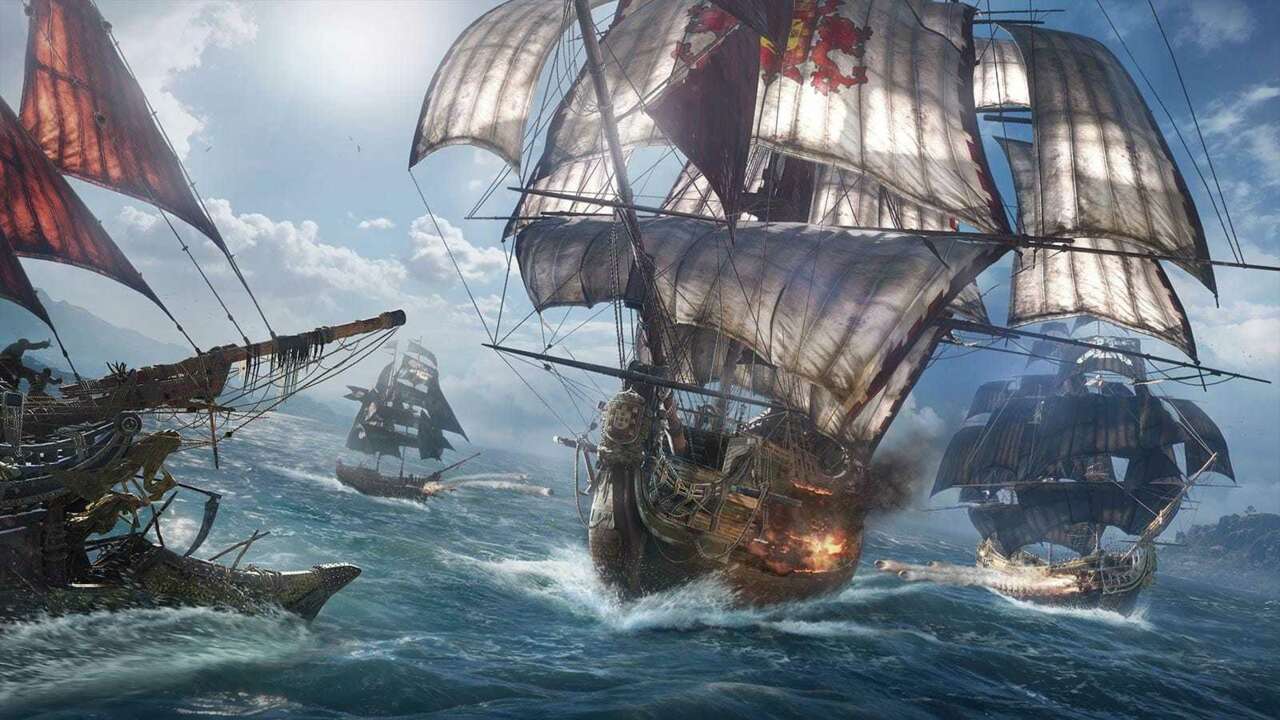 New details on Skull & Bones, Ubisoft’s long-in-development seafaring game, have apparently emerged. According to leaker Tom Henderson–who has had a solid record with Call of Duty and Battlefield leaks over the years–the game reportedly features five different tiers of ships which are divided into the cargo, combat, and exploration categories depending on the journey that you’ll take.

New ships are unlocked via blueprints and can be customized, such as enhancing a vessel’s predetermined arsenal of cannons with mortars, ballistas, and other weapons.

Each ship also has its own strengths and weaknesses, with Henderson saying that smaller boats can outrun bigger ships if a chase occurs. Like most of Ubisoft’s games, Skull & Bones is claimed to be an open-world title set in the waters of the Indian Ocean and a fictional pirate haven based on Madagascar.

You’ll start the game off as a complete nobody, eventually working your way up the pirate ladder by earning cash from jobs, raiding other ships, attacking settlements, and hauling cargo across the ocean according to the leak. It’s worth noting that Henderson’s thread of tweets contains several leaked images, some of which have already been removed due to copyright claims.

In #SkullAndBones, there are 5 tiers of ships (small, medium, large etc.) and are categorized into three different categories. Cargo, Combat, and Exploration.
Unlocking different ships are tied to blueprints, which you can buy at different settlements. pic.twitter.com/TUf3mZIHdd

The more money you make as a pirate, the more powerful you become. As for what’s changed since the game was shown off in 2018, Henderson added that ship perspective has been slightly tweaked while disembarking on land has players exploring their hideout and safe havens on foot. Just don’t expect any Assassin’s Creed gameplay here, as there’ll be no combat or parkour in these sections of the game that are dedicated to conversation with NPCs.

Skull & Bones was first revealed at E3 2017, under the development of Ubisoft Singapore. Since then, the game has been delayed numerous time, with Ubisoft explaining in September 2020 that the studio was working on a “new vision” for the game, following a report that said the title was getting rebooted. The latest delay was announced in May this year during an earnings report, with Ubisoft expecting Skull & Bones to launch during the fiscal year 2022-2023, which runs April 1, 2022-March 31, 2023.

Facebook could be getting a rebrand with a new name