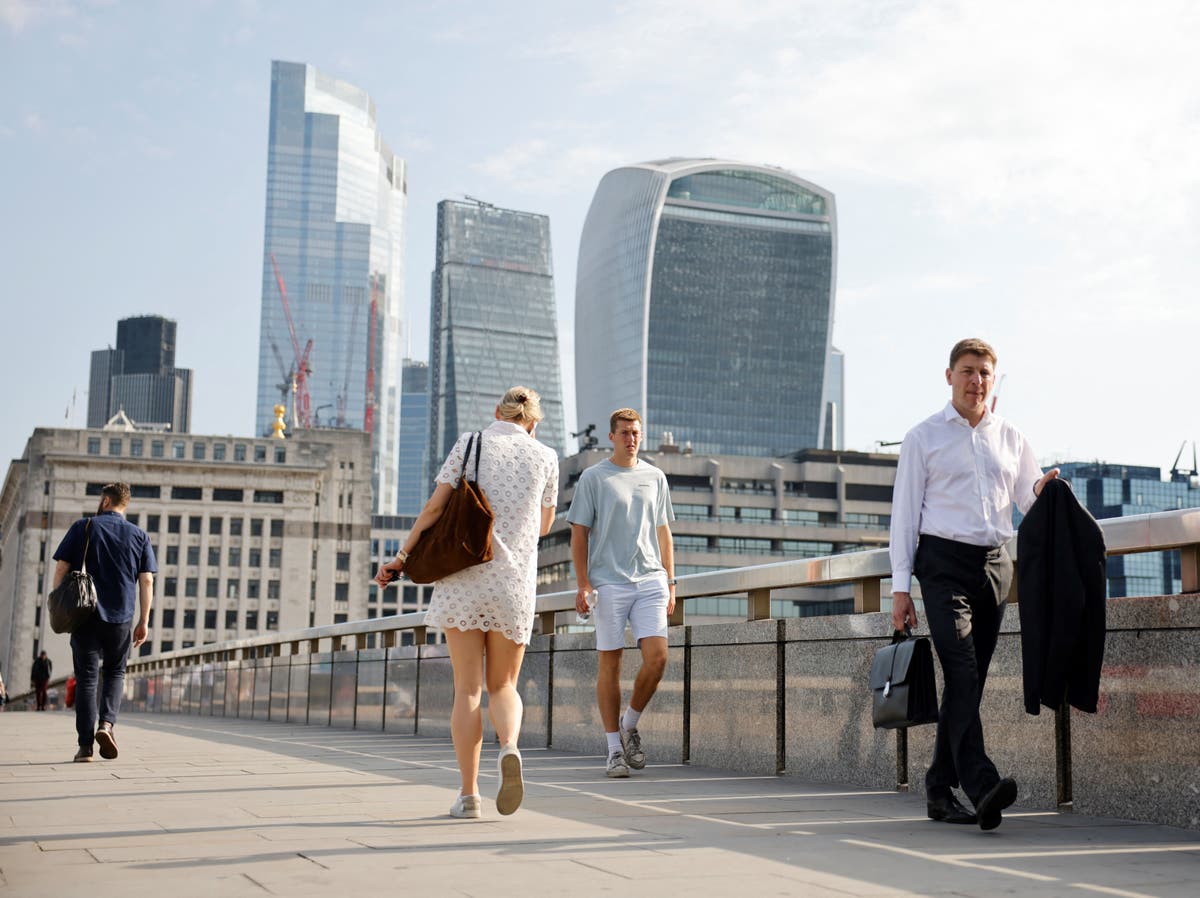 It is “highly likely” that a decrease in the number of people working from home in the next couple of months will lead to a “rapid” rise in Covid hospital admissions, scientific advisers to the government have warned.

Millions of Britons have been heading back to the office this month, coinciding with the return of schools and universities. Last week, London saw its busiest morning rush-hour since the pandemic hit, with hundreds of thousands journeys made across the pandemic, according to official data.

But modelling published on Tuesday by the Scientific Advisory Group for Emergencies suggests there is the “potential” for another large wave of hospitalisations in the coming months.

Sage’s sub-group on pandemic modelling, SPI-M-O, said there is “a clear consensus that continued high levels of homeworking has played a very important role in preventing sustained epidemic growth in recent months.

“It is highly likely that a significant decrease in homeworking in the next few months would result in a rapid increase in hospital admissions.”

SPI-M-O said there is “significant uncertainty” around the trajectory of the pandemic given “the scope for increased transmission after the end of the school holidays” and the questions that remain over the duration of immunity acquired through infection or injection.

Although the UK’s vaccines have weakened the link between infection and severe disease, helping to reduce hospitalisations, any significant rise in cases will still “likely” lead to an increase in admissions, the government’s scientific advisers said.

Senior NHS officials have already warned that hospitalisations are rising in an “alarming” fashion, leading to growing pressure on health services in the UK. Government data show that Covid bed occupancy levels are now at their highest levels since 10 March, after daily admissions passed the 1,000 mark last week.

SPI-M-O said it “remains the case” that the earlier that interventions are brought in, the lower prevalence is kept, reducing the direct Covid-19 burden and reducing the risk of needing more stringent measures.

“If enacted early enough, a relatively light set of measures could be sufficient to curb sustained growth,” the Sage modellers said. “During a period of sustained epidemic growth, however, the more stringent the measures introduced, the shorter the duration needed for the measures to be in place to reduce to a given prevalence.”

Announcing government plans to administer booster jabs to more than 30 million Britons, Professor Jonathan Van-Tam, deputy chief medical officer for England, said the UK was on course for a “bumpy” winter as a result of Covid-19, rising flu cases and the spread of other respiratory illness such as RSV (respiratory syncytial virus).

“We know that this pandemic is still active, we are not past the pandemic, we are in an active phase still,” he told a Downing Street briefing.

As part of its Covid ‘Plan B’ for autumn and winter, when infections are expected to rise, the government will reintroduce compulsory face coverings in certain settings and ask people to work from home if the NHS falls under “unsustainable pressure”.

However, the Prime Minister’s official spokesman said Boris Johnson had “stressed his desire to see us continue to bolster our vaccine programme as the first line of defence, supported by testing, public health advice and a variant surveillance system”.

There’s A ‘Harvest Moon’ Coming. Here’s How, When And Where You Can Get The Best View

Researchers in Germany discover a new species of otter