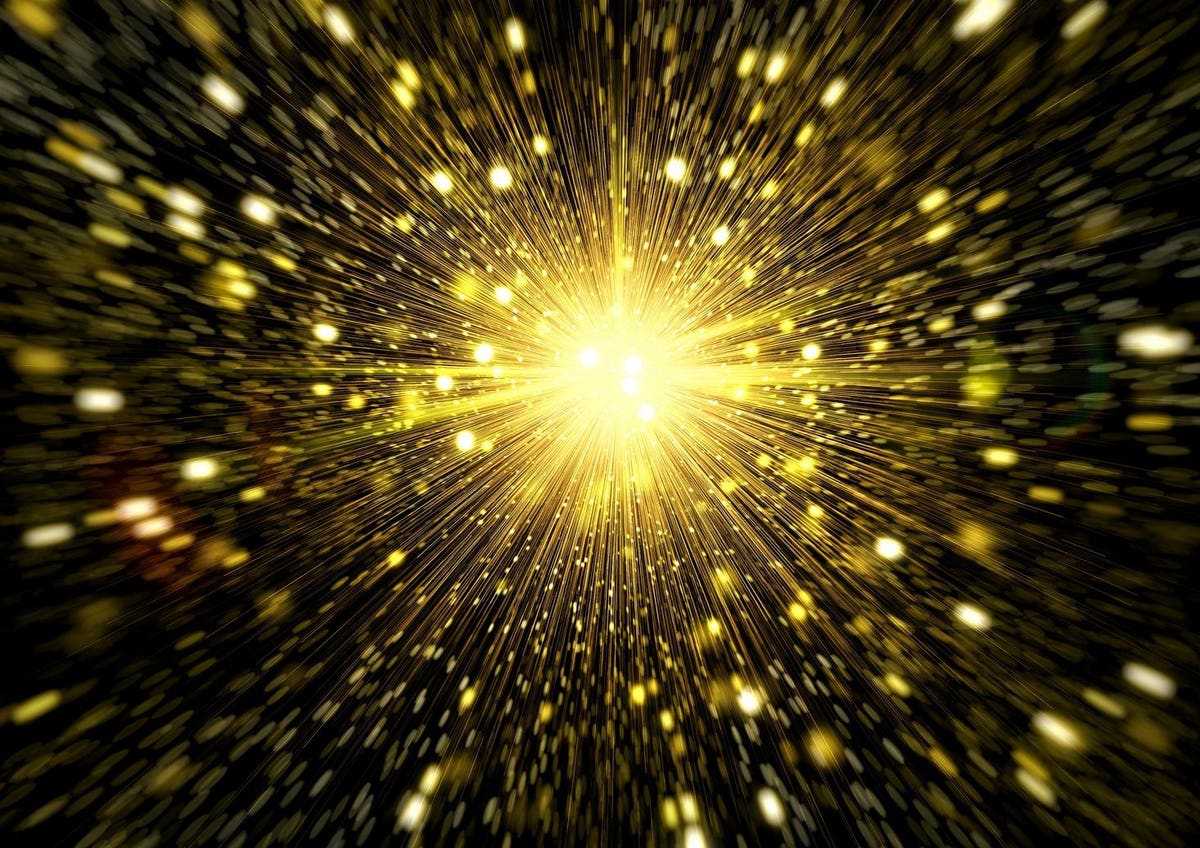 Deep under the mountains of Italy lies the largest underground research center in the world, the Laboratori Nazionali del Gran Sasso. Housed deep within is a giant tank, holding 3.2 tons of liquid xenon. This is part of the XENON1T experiment, built with the hope of detecting elusive dark matter particles.

About a year ago, an unexpected excess was registered by the XENON1T detectors. While some tried to fit this signal to axions, potential dark matter particles, the fit wasn’t quite right. Now, a group of scientists suggests that perhaps the signal could have been from something even stranger – dark energy particles. This study was published recently in Physical Review D.

Sparks erupt within the tanks of liquid xenon. These photons and free electrons result when particles interact with a xenon atom. Most of these events are explained and understandable by known particle interactions. However, the experiment saw that these events were happening with an increased frequency than expected.

One potential explanation of this excess signal is axions. These hypothetical particles are a dark matter candidate and are the type of thing that the XENON1T experiment was built to search for.

However, there is a problem. If the signal were from axions, stars, particularly large stars, would not fit observations. “What would happen is that axions would effectively suck out lots of energy from these stars,” study co-lead, Sunny Vagnozzi, tells me. This would change their evolution, leading them to have shorter lifetimes.

Luca Visinelli, the other co-lead of the study, adds, “Axions provide a new mechanism for degenerate stars like white dwarfs to cool off faster than observed, and they change the properties of red giants.”

So using axions to explain the excess is problematic. This led their team to wonder – perhaps there is another explanation.

Most of the Universe is something we have almost no understanding of: dark energy.

We only have a good grasp on about 5% of the Universe. These are things we can see – people, trees, stars, and nebulae. Almost a quarter of the Universe is comprised of dark matter – matter that we can’t see directly, but we know it is there due to how it affects normal matter gravitationally.

Most of the universe – almost 3/4, is a mysterious force called dark energy. Dark energy pushes galaxies apart and explains why we see the Universe not contracting under the collective gravity of billions of galaxies, but rather, expanding at an accelerating rate.

Besides this, we really don’t understand dark energy – what it consists of, why it exists, or what its properties are.

However, the authors discovered that dark energy particles, expected from a very general model of dark energy, could fit the XENON1T data.

In their model, dark energy particles are produced in the solar tachocline, a middle layer of the sun. The regions above and below the tachocline rotate in different directions, creating an enormous magnetic field.

Of course, this new proposal must stand the test of time. Luckily, there are plenty of other detectors on the way – XENONnT, PandaX-4T, and LUX-ZEPLIN, which may be able to confirm or rule out the excess signal and its potential origin from dark energy particles. In any case, this exciting observation will hopefully give a window into yet another mysterious facet of our Universe.

Denial of responsibility! TechCodex is an automatic aggregator of the all world’s media. In each content, the hyperlink to the primary source is specified. All trademarks belong to their rightful owners, all materials to their authors. If you are the owner of the content and do not want us to publish your materials, please contact us by email – [email protected]. The content will be deleted within 24 hours.
axionsdark energyLaboratori Nazionali del Gran SassoStrange Signal From The XENON1T ExperimentUniverseXENON experimentXENON1T
0
Share

Brawl Breaks Out At Universal Orlando During Halloween Horror Nights

Brave browser cuts off another avenue for tracking…

The Piano and The Celebration Coming to Criterion…

How to watch the Apple October 2021 event and what…