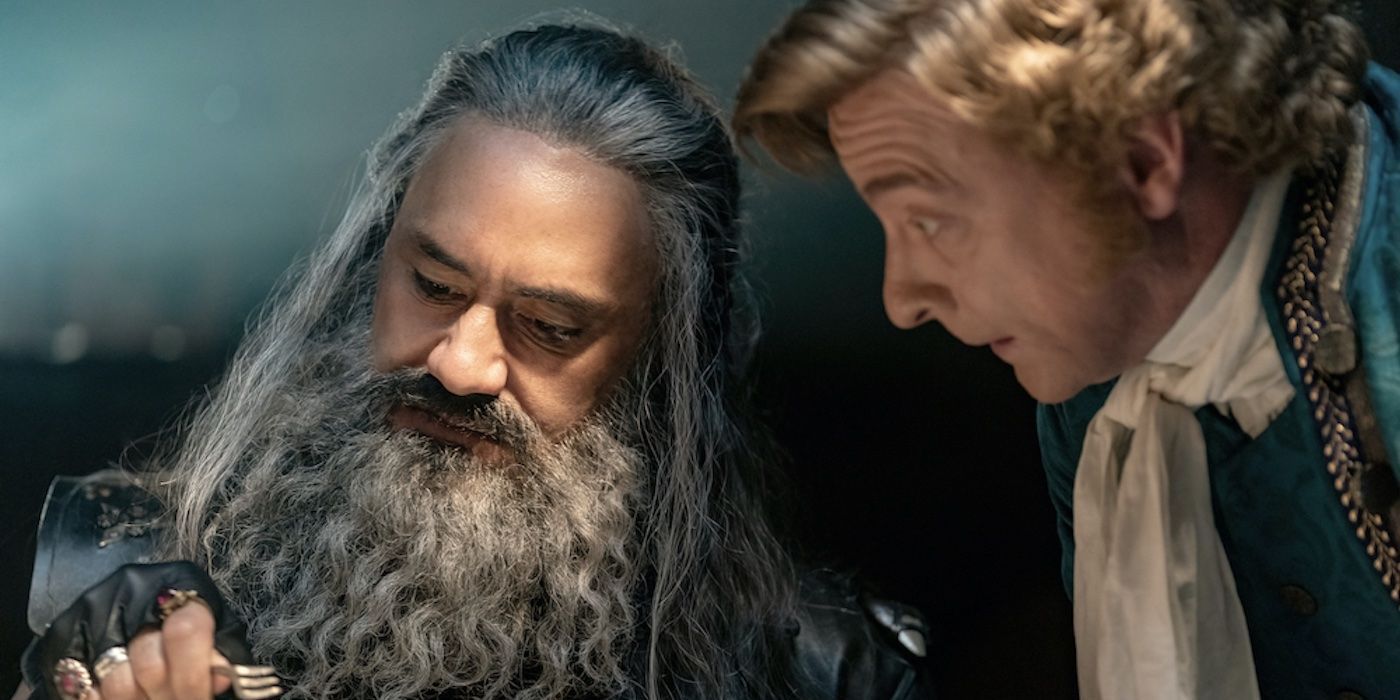 Fans of HBO Max’s historical pirate comedy Our Flag Means Death have been clamoring for some sort of update on the upcoming second season and the return of Stede Bonnet (Rhys Darby) and his crew. Series creator and writer David Jenkins has now released a small teaser of the script of the season 2 premiere.

In a post on his official Twitter page, Jenkins posted a photo of the cover page of the script for the first episode of the series’ upcoming return. While that might sound very interesting, there isn’t much to derive from this image as Jenkins made the decision to redact the name of the episode, meaning that only the name of the show, episode number, and Jenkins’ credit are on the page. The much more interesting thing about the post was his caption, which could point to major changes coming in the series’ second season outing. The caption reads: “Anyone care to have their shit f–ked up? Because this is happening.”

Our Flag Means Death is a comedy series that takes place in the Golden Age of Piracy and is loosely based on the life of the Gentleman Pirate, Stede Bonnet. Leaving behind his simple life and comfortable life in Barbados to prove himself as a pirate, Bonnet and his unlikely crew aboard his ship The Revenge go on many different adventures crossing paths with many famous characters of the time period, including Edward Teach aka Blackbeard, played by Taika Waititi.

Along with being in a starring role in the series, Our Flag Means Death is also executive produced by Waititi, who is joined by Jenkins, Garrett Basch, and Dan Halsted as executive producers. The series’ cast that joins both Darby and Waititi also includes Nathan Foad, Samson Kayo, Vico Ortiz, Ewen Bremner, Joel Fry, Matt Maher, Kristian Nairn, Con O’Neill, David Fane, Rory Kinnear, Samba Schutte, Nat Faxon, Fred Armisen, and Leslie Jones. While HBO Max still hasn’t confirmed that all of the supporting cast members are set to return, we already know that Guz Khan, who previously played one of Blackbeard’s crewmates, Ivan, won’t be returning to the role in Season 2.

Check out the trailer for the hit show below:

Disease And The Course Of Human History By Kyle Harper — Review