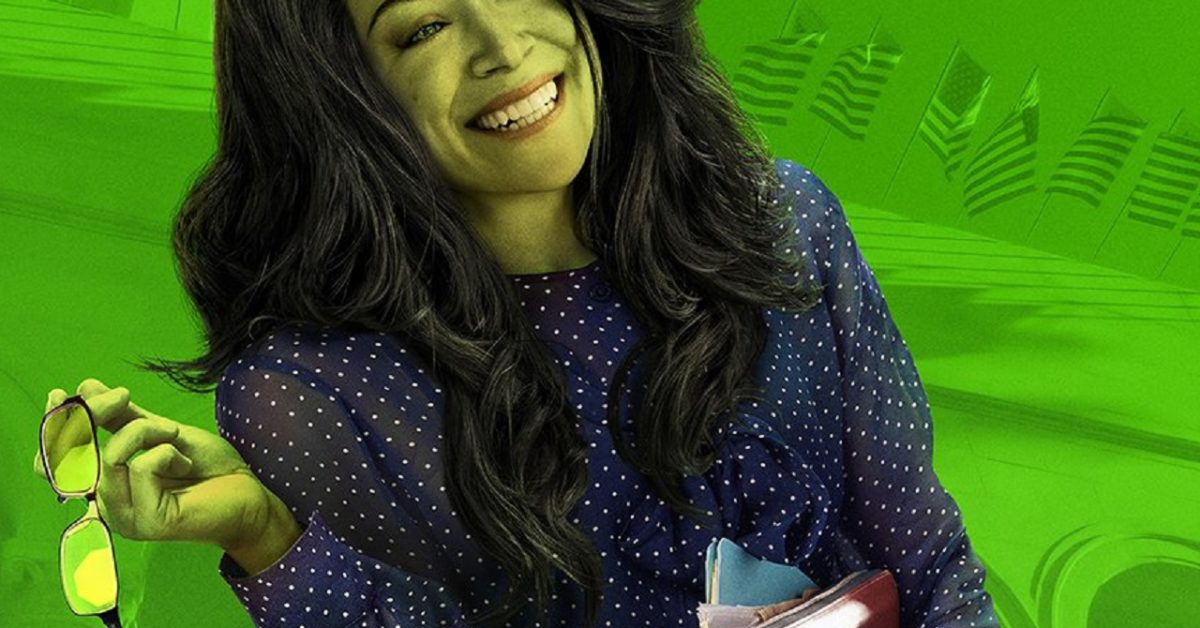 With a week to go until Marvel Studios & Disney+’s Tatiana Maslany-starring She-Hulk: Attorney at Law hits our screens, it would appear that we’re getting a breather from the teasers for what appears to be a series of character profile key art posters. For this round, we have a look at Maslany’s Jennifer Walters / She-Hulk. Following that, Ginger Gonzaga is on tap as Nikki Ramos, Jen’s best friend and “paralegal extraordinaire.” And then we wrap up this first edition with a look at Jameela Jamil‘s Titania, a known influencer and breaker-of-things (like courtroom walls):

For a look at Jen’s personal life not exactly living up to her own expectations, check out the following teaser, “Date”:

From a thematic standpoint, this weekend’s teaser fits perfectly with that clip as Jen makes the argument about not wanting to be a “Super Hero”:

Here’s a look at the date announcement teaser confirming the date change to Thursdays moving forward:

And here’s a look at what’s ahead with this recently-released preview clip from Marvel Studios & Disney+’s Tatiana Maslany-starring She-Hulk: Attorney at Law:

And just in case you need a reminder about the two official trailers that were previously released (along with a series overview)… with Disney+’s She-Hulk: Attorney at Law premiering on August 18th:

“She-Hulk: Attorney at Law” follows Jennifer Walters as she navigates the complicated life of a single, 30-something attorney who also happens to be a green 6-foot-7-inch superpowered hulk.