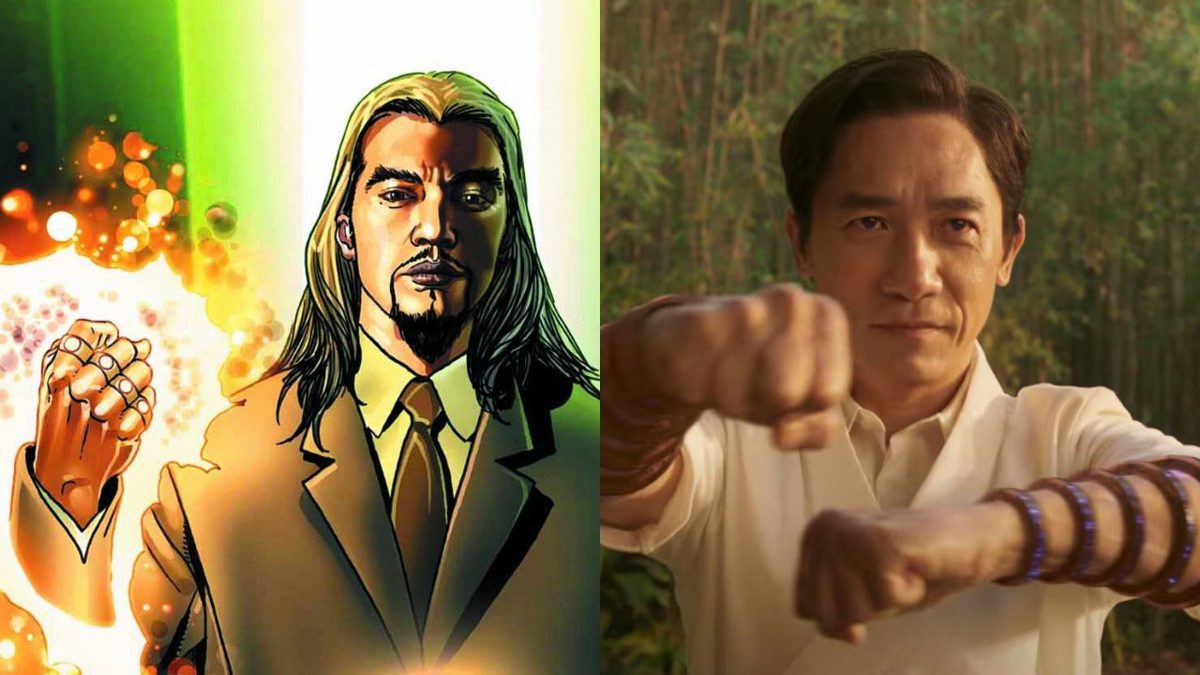 Shang-Chi and the Legend of the Ten Rings is finally about to see the light of day, and Marvel Studios just released a new trailer to prove it. This new footage gives us a better look at the many action scenes in this superhero-flavored martial arts epic, including new glimpses of the Mandarin wielding his titular rings in battle.

At this point you might be wondering – what exactly are the Ten Rings? Wasn’t that the name of a terrorist organization in the Iron Man movies? How exactly is this movie adapting the Shang-Chi and Iron Man comics? Let’s break down everything you need to know about the Ten Rings, their powers and why these weapons and their wielder are being re-imagined for the MCU.

What Are the Ten Rings?

In Marvel’s comics, the Ten Rings appear to be a set of highly powerful, magically charged jewelry that gives the wielder control over elemental forces. In truth, they’re neither magical nor jewelry.

These “rings” are actually pieces of an advanced alien spacecraft that crashed in a remote part of China centuries ago. The Mandarin discovers this spacecraft after being exiled from his home. He spends years studying the ship and the science that powers it. He finally harvests 10 ring-like fragments that power the ship’s warp core, turning them into deadly weapons he controls through a psychic link.

Why does the Mandarin pass these rings off as supernatural artifacts? This is a villain obsessed with creating an image and spreading his legend across the world, even if that story doesn’t necessarily align with reality. He would have humanity believe he’s an all-powerful sorcerer standing up against the West and its technological might. But in truth, he’s merely benefitting from an even more advanced breed of technology.

The Mandarin would have humanity believe he’s an all-powerful sorcerer standing up against the West and its technological might.

The Ten Rings: Their Names and Powers

Each of the Ten Rings has a specific name and power. In fact, the rings have an intelligence all their own and are known to communicate with one another. Here’s a rundown of each ring:

Daimonic – controls light and energy on the electromagnetic spectrum

The Liar – manipulates the minds of others and creates hallucinations

Remaker – manipulates molecules and speeds up and slows down entropy

Spectral – completely destroys a person/object down to the atomic level

Spin – creates vortexes of air, can be used for flight

Over time, the Mandarin’s bond with his rings has grown strong enough that he doesn’t actually need to wear them to tap into their power. At one point, he even had the rings fused to his spine after his hands were severed.

How the MCU Changes the Ten Rings

The trailers for Shang-Chi and the Legend of the Ten Rings Make it clear that a great deal has changed in the journey from page to screen. For one thing, these artifacts aren’t depicted as jewelry. Instead, they’re shown to be a series of metal bands Tony Leung’s Wenwu wears on his forearms. We don’t know why Marvel Studios made this particular change, but it may have been to help visually differentiate the Ten Rings from the Infinity Gauntlet.

It’s also not clear whether the Ten Rings have the same range of powers in the MCU. The trailers seem to show certain trademark Mandarin abilities. For example, one shot shows an awestruck Shang-Chi watching as water slowly twists and turns around him.

But the various shots of battle mainly show Wenwu wielding them offensively. They appear to hover in front of his arms, enhancing his strength and allowing him to fire powerful energy blasts. They also have a more uniform look, with one half giving off a purple glow and the other an orange/gold glow. Rather than each ring having specific powers and an independent intelligence, these bands may simply work together to give the wielder seemingly supernatural power.

Marvel may also be hoping to rein in the Mandarin’s power level a bit. It’s one thing to be able to control matter, energy and the electromagnetic spectrum when you’re fighting Iron Man. But with the Mandarin being re-imagined as a Shang-Chi villain in the MCU, that much power is probably overkill.

It also remains to be seen if the Ten Rings will have the same origin story in the MCU. On one hand, the idea of the Mandarin/Wenwu harnessing relics from an alien spacecraft and passing them off as magical artifacts is in keeping with the MCU’s general approach to magic. The Asgardians are highly advanced aliens rather than gods, Doctor Strange’s magic mostly involves tapping into interdimensional energy, etc.

But on the other hand, the MCU has definitely veered in a less science fiction-oriented direction of late. Black Panther shows us the afterlife of Wakanda’s kings. WandaVision presents a more traditional, spell-oriented form of magic. And with Shang-Chi apparently featuring literal dragons, who’s to say the Ten Rings aren’t legitimately magical?

Will Shang-Chi Connect to the Iron Man Movies?

2013’s Iron Man 3 threw Marvel fans for a loop by introducing two fake versions of the Mandarin. We eventually learn Tony Stark’s rival Aldrich Killian adopted the imagery of the Ten Rings in order to disguise his failed Extremis experiments as terrorist attacks. Killian hired struggling actor Trevor Slattery to pose as the Mandarin, while also taking the name himself after gaining superhuman powers.

But as confirmed in the short film “All Hail the King,” neither character is the true Mandarin. When last we saw him, an imprisoned Slattery was kidnapped by a Ten Rings member as punishment for besmirching the Mandarin’s name. We’re left to assume the version of the Ten Rings seen in the first Iron Man movie is real, even if Raza’s ring was probably nothing more than a token or calling card.

Surprisingly, Marvel has yet to really follow up on this major loose end. Shang-Chi and the Legend of the Ten Rings is believed to finally introduce the true Mandarin – Shang-Chi’s father Wenwu. Wenwu is essentially a new character created for the MCU, one who seems to be a composite of Fu Manchu/Zheng Zu (Shang-Chi’s father in the comics) and the traditional version of the Mandarin. But Marvel has yet to actually refer to Wenwu as “The Mandarin” in any of its marketing, so we can’t rule out the possibility that yet another Mandarin fake-out is coming.

The Shang-Chi movie may introduce the long-awaited “real” Mandarin and resolve that years-old cliffhanger. We may finally learn what connection Wenwu has to the Ten Rings organization and what role they’re meant to serve. But it’s probably safe to assume the movie will be less interested in tying back to the Iron Man movies than laying the foundation for a brand new MCU rivalry. Wenwu wields the Ten Rings. Does it really matter what he calls himself?

For more on this upcoming MCU movie, learn about Shang-Chi’s comic book roots and see more footage and images from Shang-Chi and the Legend of the Ten Rings.

Jesse is a mild-mannered staff writer for IGN. Allow him to lend a machete to your intellectual thicket by following @jschedeen on Twitter.

BioWare Reveals the Fate of the Planned Mass Effect Movie

The Best Vin Diesel Movies And How To Watch Them