The worst crisis events involve dinos, that’s a fact. The second worst crisis is an extinction-level event. Wait, maybe I have those backward. Either way, an extinction can be pretty bad; or pretty good if you’re the team at Systemic Reaction, a Swedish developer in the Avalanche Studios Group whom you might remember from Generation Zero. Their next title Second Extinction is a three-player cooperative shooter all about solving the Dino crisis through superior firepower and teamwork. We recently got hands on a playable mission with a couple of developers through a private Steam demo session. 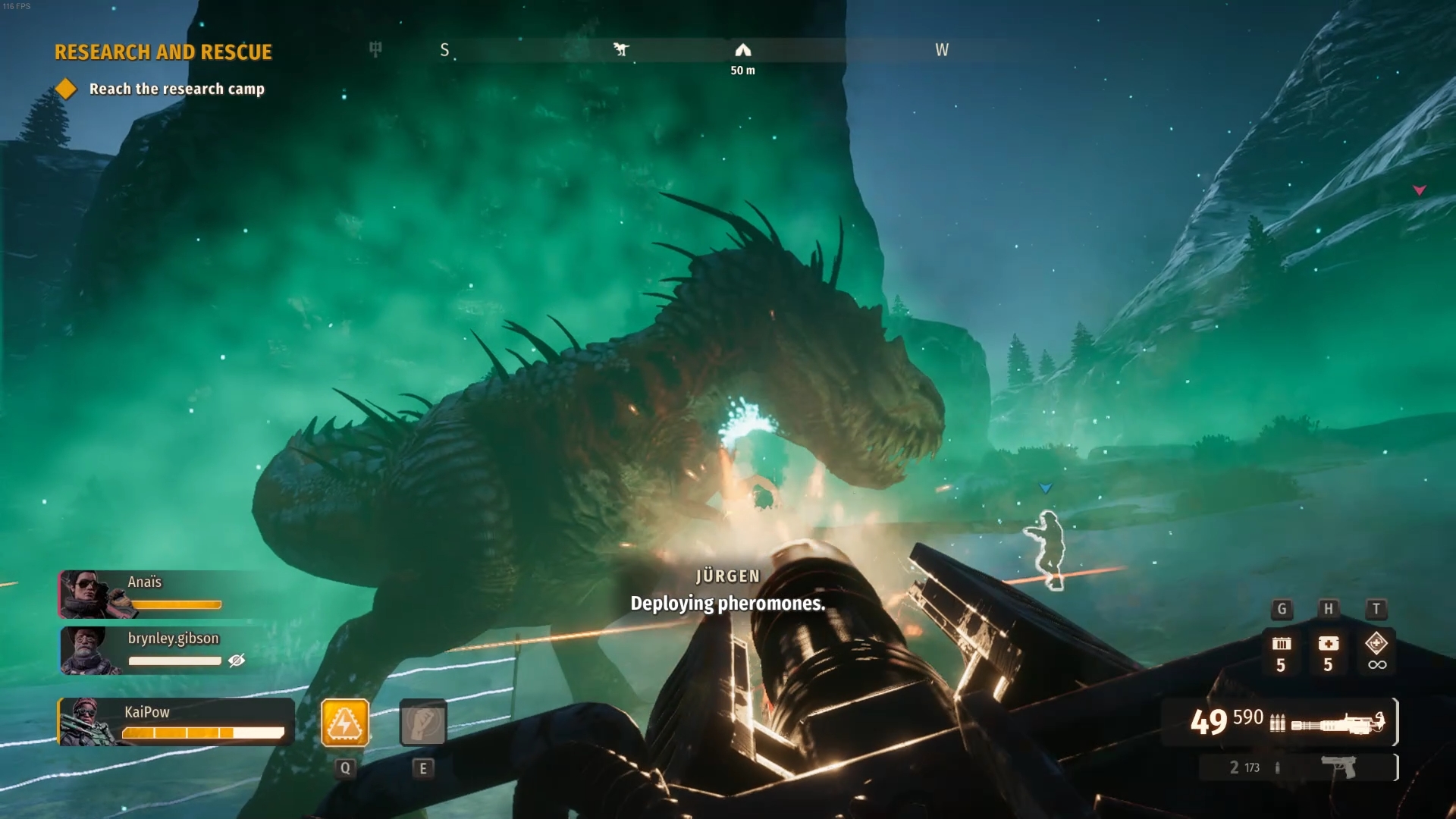 During the lobby, you’ll pick your character archetype, gear and skill loadout, and the insertion point for your team. Each mission has a number of key objectives to complete but you won’t be given exact locations on where to go during your pre-mission briefing. Instead, you’re given a few possible leads to pursue and can chart your course accordingly. Each sector of the map will have its own threat level, giving you a rough idea of the level of resistance you’ll face. Higher threats mean a higher chance for rare materials but also more vicious mutations among the dinosaurs that are out for blood.

Progression in Second Extinction is carried over between missions and remains one of the key features I like about Second Extinction and similar co-op shooters. Every mission you pull off rewards the player with both experience points and crafting materials, used to upgrade their chosen character in multiple ways. The character you bring into the mission will change up what weapons are available to you, so it’s good to coordinate with your teammates while still in the lobby to make sure you have the right mix of equipment to survive. Nothing’s worse than making it to the third mission point only to realize that none of you brought enough ammo packs to resupply the team.

Second Extinction’s progression loop is continually fueled by a system the Systemic Reaction developers are calling the War Effort. This metagame is Second Extinction’s live service integration where all of the actions of the community are funneled back into the world map. If players continuously play through only a select number of sectors on the map, those areas might become barren of enemies and resources while other areas might bolster up with enemy forces or rare mutations. For the mission I played together with the lead producer and community developer, one of the final areas on the way to our third and final objective featured a mutated not-Tyrannosaurus Rex, a rare breed for the area.

Once you’ve landed on the map, you’re automatically given your full loadout and a rough idea of the landscape but you’ll have to venture out for your mission objectives on your own. That’s where communication is key. Your team might want to split up to cover more ground and find secondary objectives or ammo caches but with dinosaurs willing to spawn anywhere around you ala Left 4 Dead’s director system, you don’t want to be out of firing range from your allies for too long. 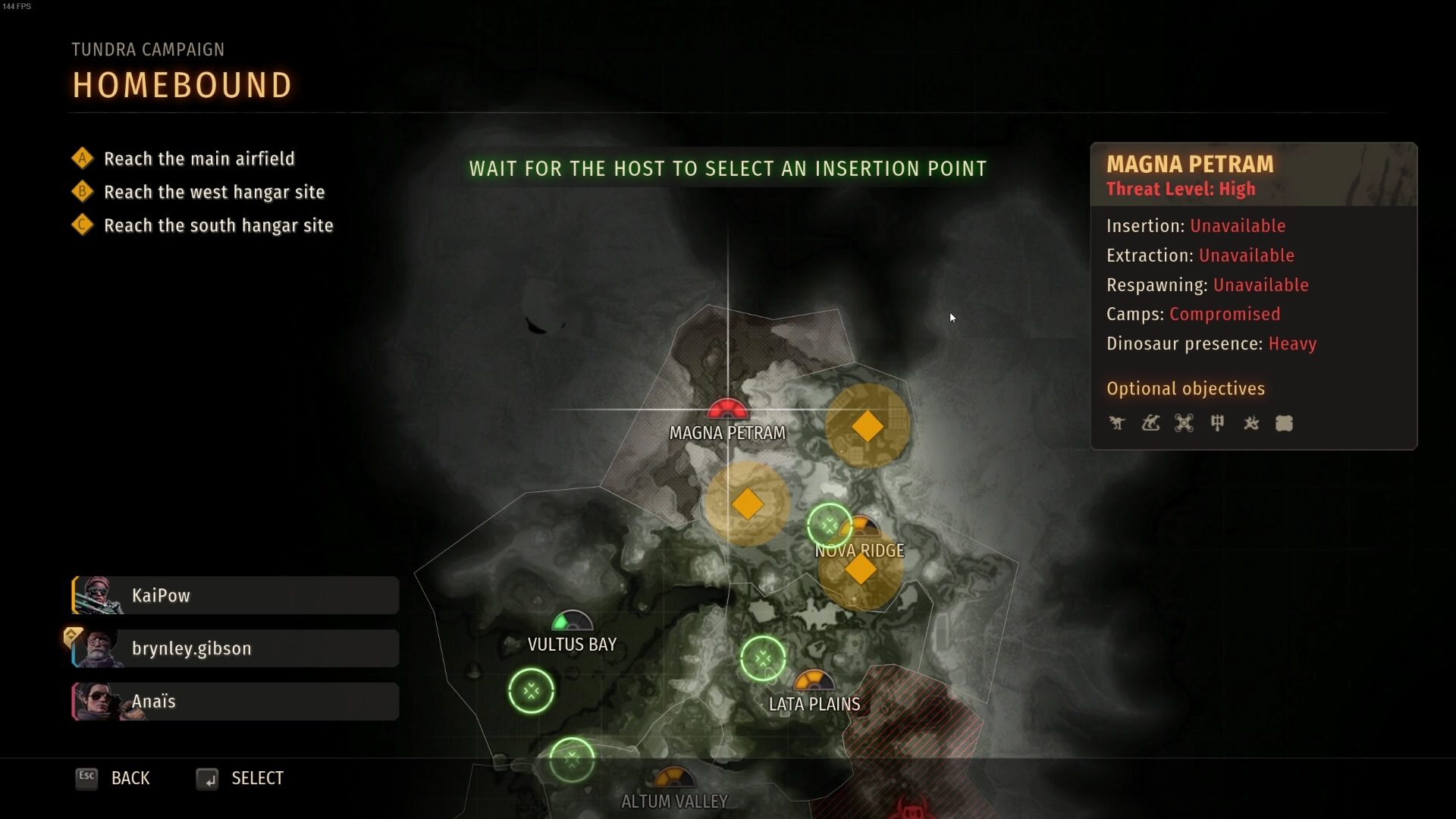 I can’t speak definitively to the shooting and ability powers in Second Extinction after only a single mission. However, I did find that both were a bit lacking compared to the rest of the experience. As Rosy, I opted to play with her signature chain gun, and while it was quite effective at moving down an entire group of rampaging dinosaurs, the impact itself felt pretty wimpy. The same went for the secondary pistol and melee button as well. They certainly do damage, but the proper feedback and weapon kick hasn’t quite been tuned yet.

As for Rosy’s abilities, I loved her healing beacon that dropping a wide area heal for the team. This was pretty much essential when going up against the notorious Dino predator midway through our mission (and the C4 satchel charges my teammate landed on its face definitely helped with the damage dealing part). Rosie’s other tool was the ability to lay down an electric fence, one post at a time. There isn’t a lot of range to link two posts together, so I had a few instances where I would lay down to posts, wonder why they weren’t turning on, and then having to drop a post between them in order to electrify the fencing. A distance indicator or marker to indicate when two posts will connect could be a worthwhile addition to the UI. In my gameplay demo, I could lay down as many as I wanted but was informed that will probably change in the early access release later this year. 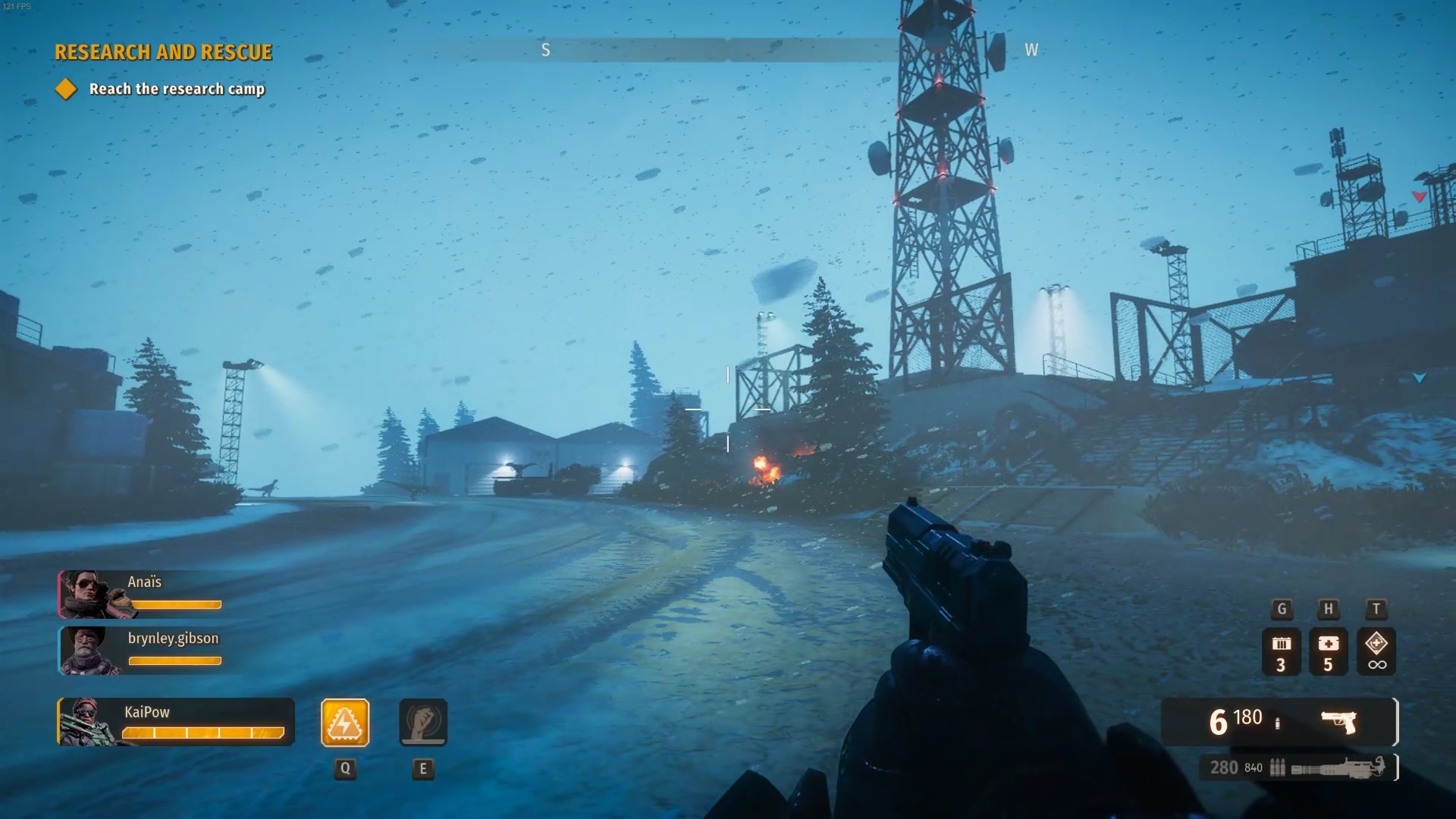 Most of the objectives we cleared in Second Extinction resulted in a wave or two of enemy dinosaurs but it was the final climactic encounter where the action got turned up to 11. For our final objective before extraction, the three of us had to dash into an ominously large cave, fight off encroaching hordes of smaller raptors and a few dinosaurs with plated backsides who are obviously only vulnerable to damage to their squishy underbelly, babysit a couple of drones, loot some explosive charges, and make our way out before setting the explosives on a few rock outcropping keeping the mouth of the cave open. No more cave opening, no more Dino hordes. Simple stuff, really.

On a higher difficulty, I’m sure this kind of climactic end to the mission will be far more of a challenge but aside from a couple of scrapes and temporary knockdowns, our whole team managed to make it out no worse for wear than when we entered the cave (minus our nearly depleted ammo reserves). Unfortunately, I wasn’t able to see the ending of my mission before our time ran out, so I couldn’t get a proper look at the looting and scoring systems once a mission is complete. I suppose some surprises will have to be kept for the final release of Second Extinction. 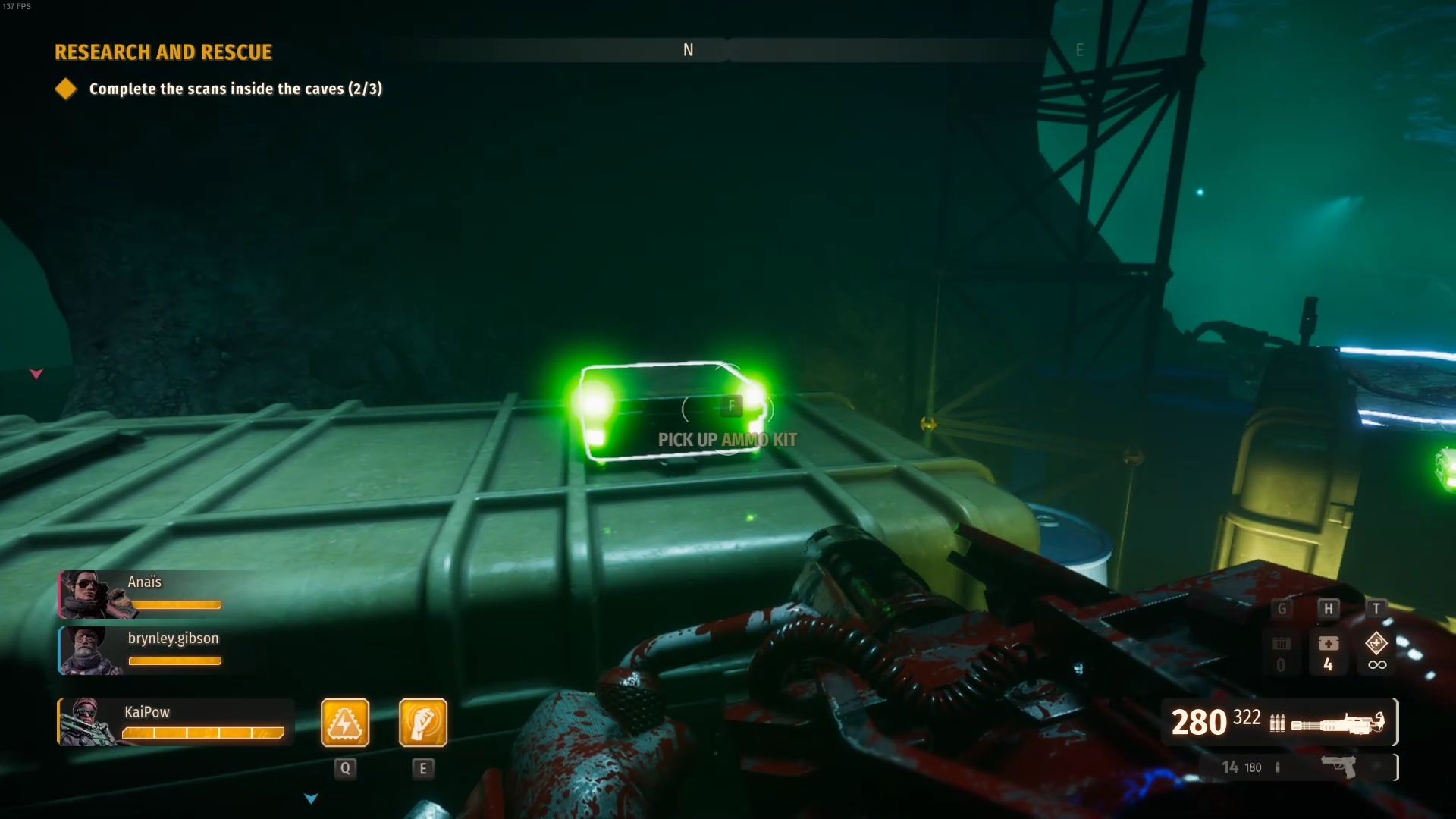 Second Extinction will launch on Steam Early Access on October 13th, with console releases planned for both Xbox One and the Xbox Series S and X consoles to arrive at a later date sometime in 2021.