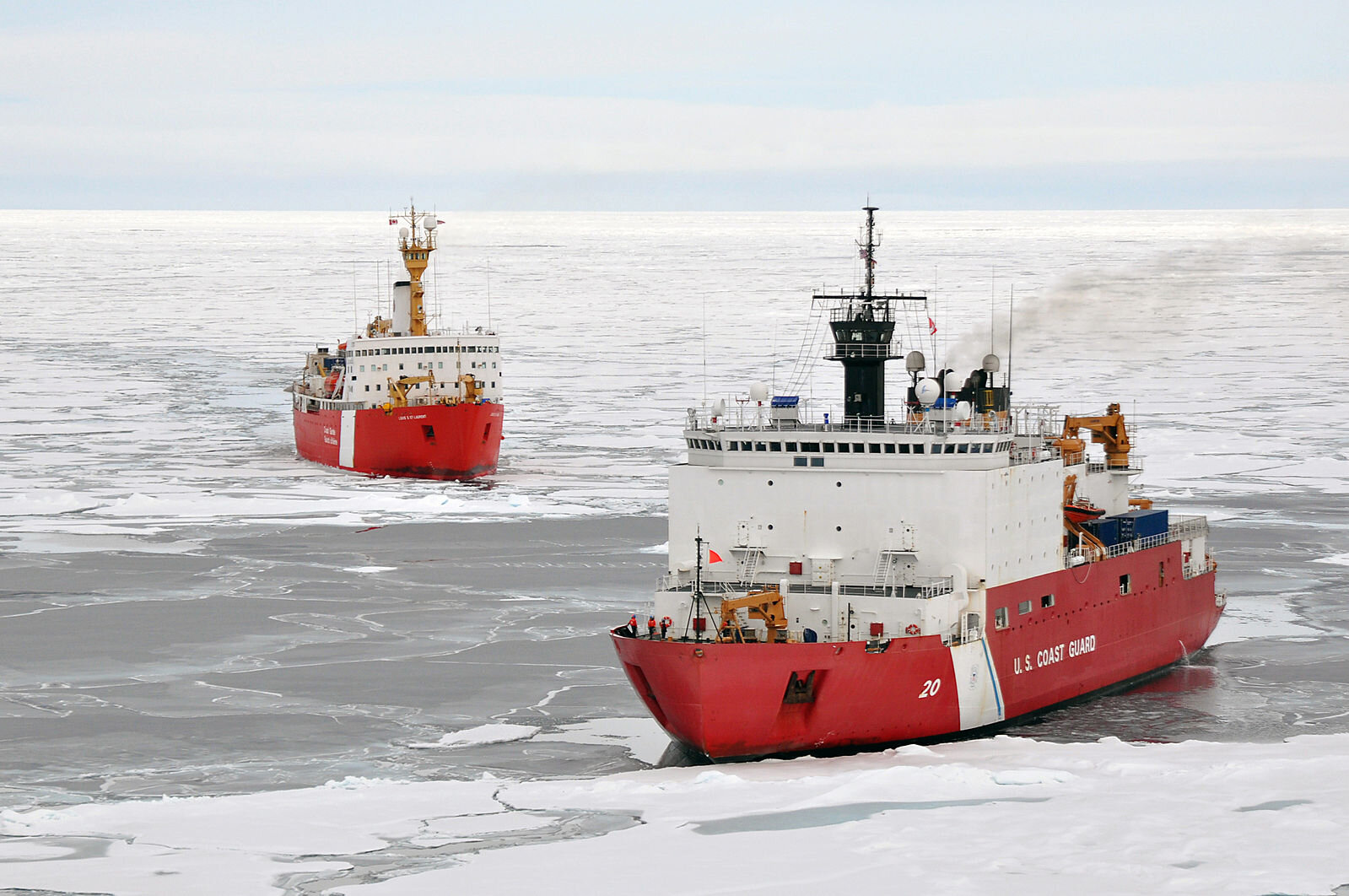 A Seattle-based Coast Guard icebreaker damaged by a shipboard fire in 2020 is back at sea this summer on a lengthy mission that will include an Arctic transit through the Northwest Passage.

As sea ice retreats in a changing climate, the passage has become an increasingly accessible route, and researchers who will board the Coast Guard Cutter Healy are scheduled to conduct work that will include seafloor mapping and analyzing the ocean fate of meltwater from Greenland’s glaciers.

The Northwest Passage part of the voyage is expected to last about 10 days, and take place in September on a Canadian Arctic maritime route that connects the North Pacific to the North Atlantic. It will be a highlight of a mission that began with a July 10 departure from Seattle and also includes an Atlantic transit, and traverse of the Panama Canal as part of a circumnavigation of North America.

The 85-member crew is expected back to Seattle sometime before Thanksgiving.

“The last time the Healy did the Northwest Passage was in 2005. This is a great opportunity,” said Capt. Kenneth Boda, the commanding officer of the 420-foot Healy in a phone interview from Dutch Harbor in Alaska’s Aleutian Islands.

The Healy is a medium icebreaker that is able to break ice up to 10-feet thick. The Healy and the Seattle-based Polar Star are the Coast Guard’s only two functioning seagoing icebreakers. Both are aging, and have suffered maintenance and other mishaps.

In August of last year, while off Alaska, a fire onboard the Healy damaged a propulsion motor that used power generated by diesel engines to spin a shaft and propeller. The fire was put out within a half-hour, and the vessel had to cancel a summer Arctic cruise and limp south.

Repairs in a California shipyard involved cutting out a big chunk of the side of the vessel so the old motor could be removed, and then installing a spare that had been stored in Baltimore. As the vessel made its way back to Seattle, the motor was not in perfect alignment. But final adjustments were made in June, and it has performed well during the initials days of the voyage as the Healy cruised north to the port of Dutch Harbor, Boda said.

The crew has a wide range of experience, and includes some teenagers who just completed Coast Guard boot camp as well as recent officer graduates from the Coast Guard Academy in New London, Connecticut.

Since leaving Seattle, Boda said the crew has been involved in a series of training exercises. The training will continue during an initial foray into Arctic waters this summer, where some researchers will retrieve buoys outfitted with equipment that collects environmental information.

The vessel will then head back down to Seward in south central Alaska, then return to the Arctic and go through the Northwest Passage.

The Healy’s cruise comes a time when the Coast Guard wants to ramp up its presence in the Arctic amid long-term warming trends—due to climate change from human activity—that is reducing ice and increasing vessel traffic.

In Seattle, the U.S. Coast Guard is proposing a renovation and expansion of its waterfront base that during the next decade will be home to three new icebreakers, and probably other vessels.

One option for the base’s makeover would result in more than tripling the Coast Guard’s acreage along the waterfront, according to a document published earlier this year in the Federal Register.

There are geopolitical dimensions to the opening of Arctic sea routes as Russia, with its much larger icebreaker fleet, has looked to a northeast passage as it opens a route to move cargo from the Atlantic to Asia.

Most of the traffic through the Northwest passage has been from cruise ships, research vessels and adventuresome recreational boaters. With the easing of the COVID-19 pandemic in North America, more of these passages are expected in 2021.

“We’re certainly available if anyone gets stuck,” Boda said. “We can be rerouted to do a search and rescue.”

What If…? Star Jeffrey Wright Compares The…