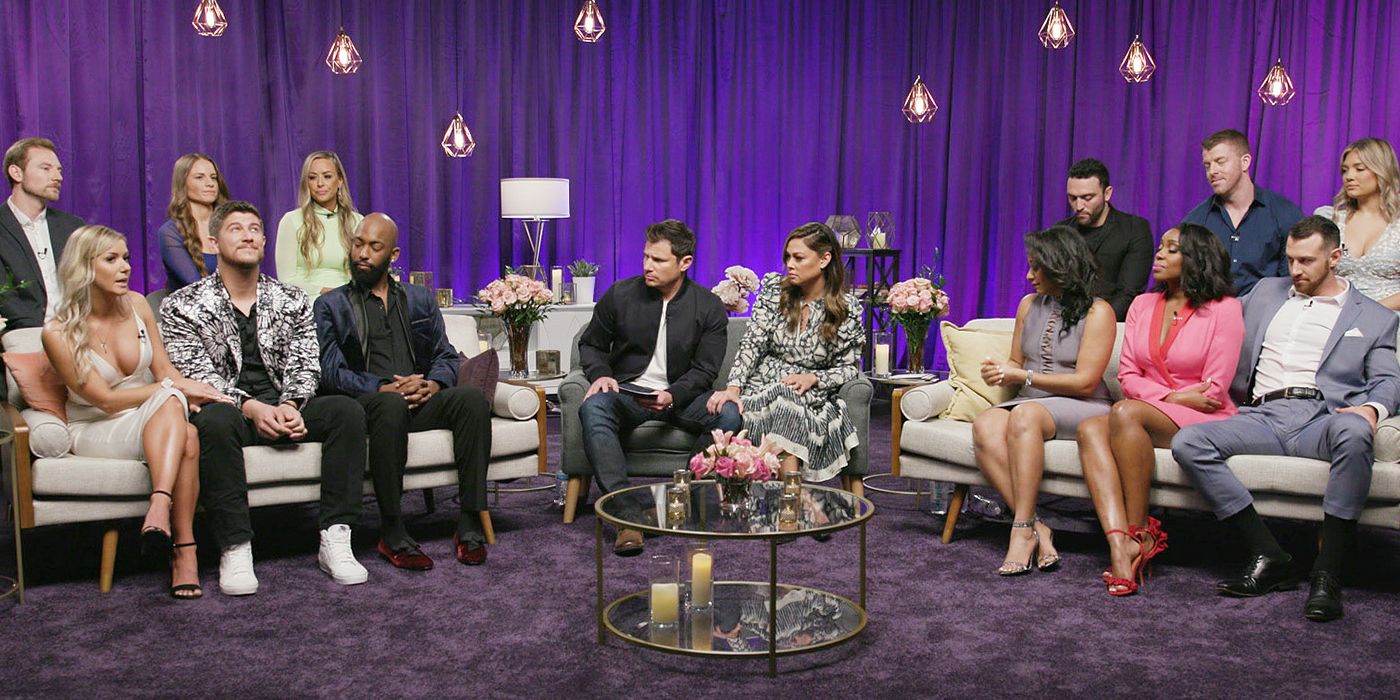 The Netflix reality series Love Is Blind is coming back in February 2022 for season 2. The new season will follow the same guidelines as season 1.

The popular Netflix series Love Is Blind is finally returning for season 2. It’s been more than a year since season 1 was available to stream on Netflix and quickly became a fan-favorite on the streaming service. The show focused on a group of men and women who dated and got engaged without ever seeing each other in person. Once they were engaged, the couple got to see each other face to face for the first time.

While some couples were happy with what they saw, some were disappointed. The most notable odd couple was Jessica Batten and Mark Cuevas, who ended their relationship once they got to the altar. However, some relationships were able to make it through the whole process and beyond. Cameron Hamilton and Lauren Speed-Hamilton are still together to this day and have even gotten into business together. Another successful couple is Matthew Barnett and Amber Pike, who have also continued their marriage outside the show. So far, Love Is Blind has a pretty decent success rate.

According to People, Love Is Blind season 2 is set to return in February 2022. After a successful first season in 2020, the reality series is ready to find new singles who want to meet their match blindly. In a new trailer for Love Is Blind, Chloe Veitch, who previously appeared on the hits Too Hot To Handle and The Circle, hosted her own version of Love Is Blind but was interrupted by a security guard. “Chloe, come on. Guys, we need to change these locks,” the guard declared. Once he noticed Chloe trying to recreate her own version of the show, he tried to put an end to it. Check out the preview from Netflix below:

“You brought your own camera crew? You’re not on Love Is Blind,” he added. However, the Too Hot To Handle alum noted that she could be a part of the show, to which the security guard quickly disagreed. “No, you can’t. We finished shooting,” he said, stating that the second season will be available to stream in 2022. Love Is Blind season 2 will follow the same guidelines as the first season, with single men and women participating in a speed dating process while in pods. During this stage, the couple inside the pods is prohibited from seeing the other face to face.

Now that the viewers know that Love Is Blind season 2 will premiere in the new year, the excitement is starting to build. Will fans get to see some familiar faces or will the cast be completely different? Viewers will have to wait and see for the February 2022 premiere.

Next: Too Hot To Handle: How Chloe Veitch Became A Fan Favorite

Sabrina is a copywriter/content specialist with a passion for writing. She graduated with a BA in English and a certificate in Social Media marketing. During her downtime, she loves watching tv and spending quality time with her adorable puppy.

A rational, apolitical response to financial distress, or something else?