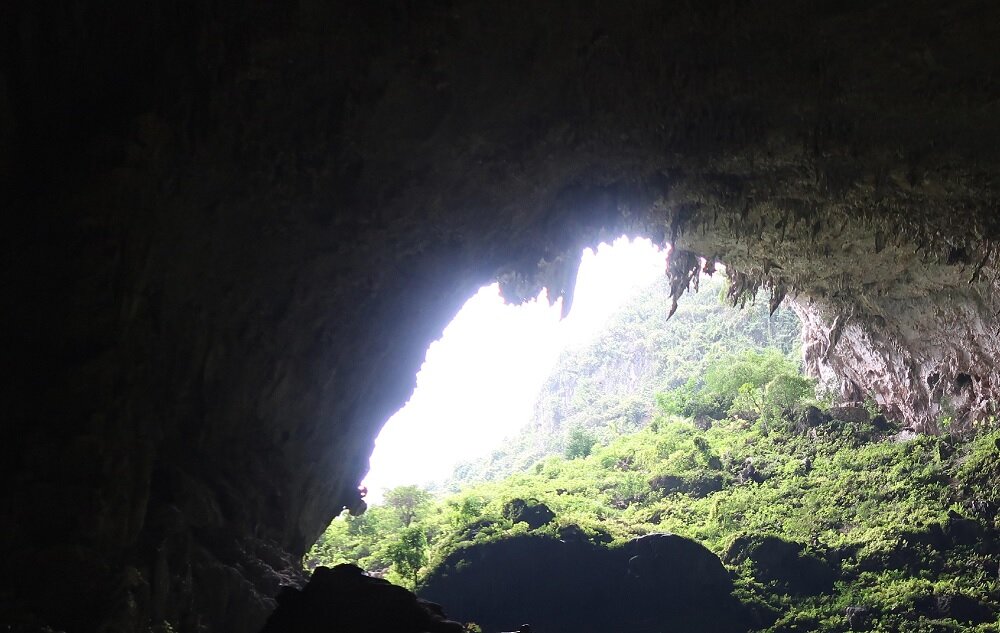 Caves have an isolated, strongly zonal environment and are home to unique and fragile biotas with high levels of endemism. However, little is known about how the biotic colonization of caves developed over time, especially in caves at middle and low latitudes.

To broaden knowledge in this area, researchers led by Prof. Wang Wei from the Institute of Botany of the Chinese Academy of Sciences (IBCAS) recently studied caves in subtropical East Asia to unravel their colonization history.

Their study was published in PNAS.

Subtropical East Asia holds the world’s largest karst landform with numerous ancient caves. These caves harbor a high diversity of cave-dwelling organisms and are regarded as a biodiversity hotspot.

Wang’s team selected 28 clades with 1,437 species for their study. These species belong to 43 genera from ferns, angiosperms, arachnids, amphibians, reptiles, fishes, and fungi.

The study showed that most cave colonization events occurred after the Oligocene-Miocene boundary and the surrounding forest was a major source of cave biodiversity. It also showed that biotic colonization during the Neogene experienced periods of acceleration and decline and was not a random process.

By modeling variations of distribution ranges of East Asian subtropical evergreen broad-leaf forests over time and analyzing paleoclimate data from 19 fossil sites, the researchers proposed that biotic colonization of subtropical East Asian caves during the Neogene occurred in conjunction with large-scale, seasonal climatic changes and the evolution of local forests.

“We discovered that climate changes over time and the evolution of local vegetation, as well as the establishment of seasonal climate, drove the biotic colonization of subtropical East Asian caves over time,” said Wang, corresponding author of the study.

The scientists further proposed a climate-vegetation-relict model for subtropical East Asian cave biota, which may also help explain the evolutionary origins of other mid-latitude subterranean biotas.

“Cave biotas may be the extensions of local surface biotas,” said Wang.

The Sandman E06 “The Sound of Her Wings”: Comics-to-Screen Changes

Government to Set Up Expert Groups for Exploring Adoption of Common Chargers for Mobiles, Electronic Devices