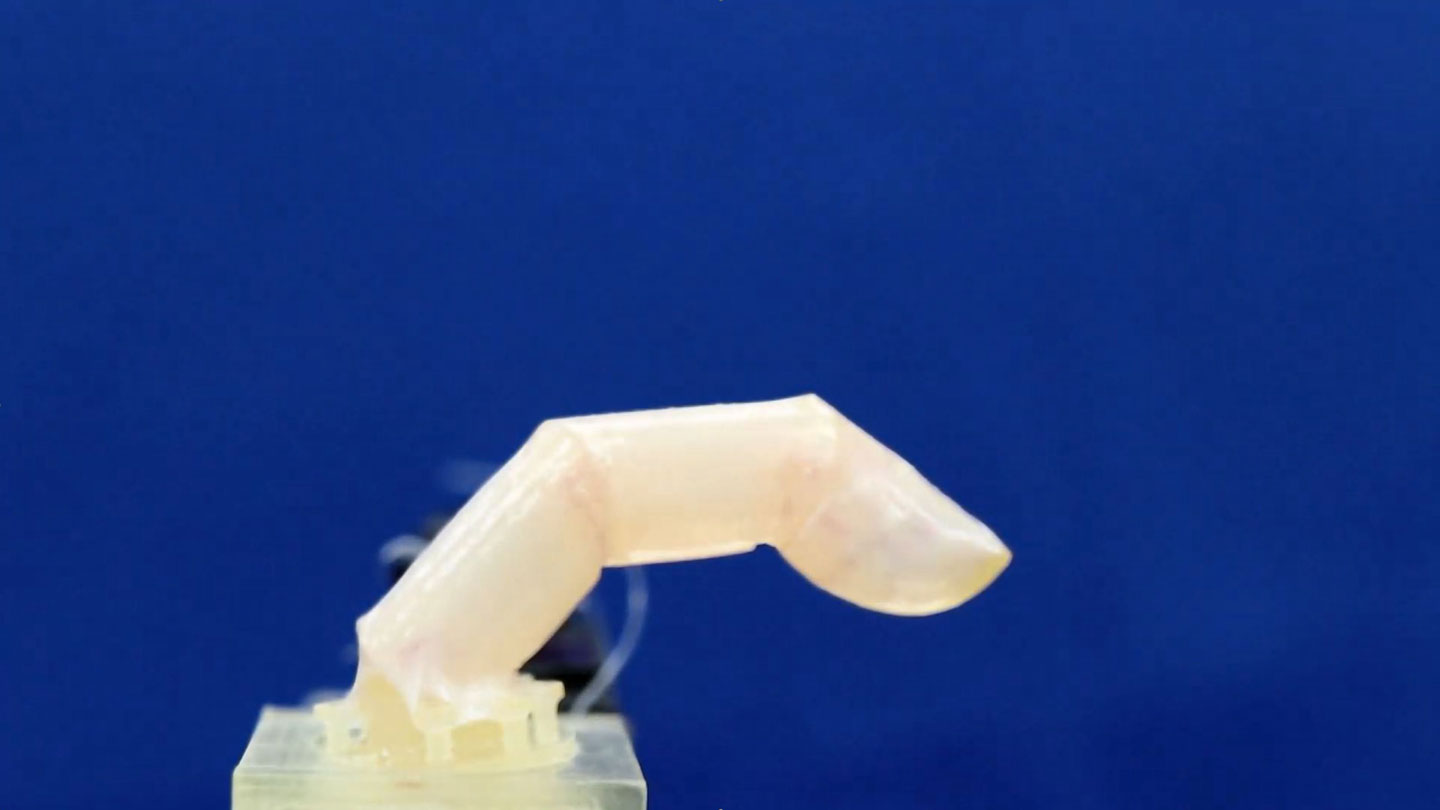 The Terminator may be one step closer to reality.

Researchers at the University of Tokyo have built a robotic finger that, much like Arnold Schwarzenegger’s titular cyborg assassin, is covered in living human skin. The goal is to someday build robots that look like real people — albeit for more altruistic applications.

Super realistic-looking robots could more seamlessly interact with humans in medical care and service industries, say biohybrid engineer Shoji Takeuchi and his colleagues June 9 in Matter. (Whether cyborgs masked in living tissue would be more congenial or creepy is probably in the eye of the beholder.)

To cover the finger in skin, Takeuchi and colleagues submerged the robotic digit in a blend of collagen and human skin cells called dermal fibroblasts. The mixture settled into a base layer of skin, or dermis, covering the finger. The team then poured a liquid containing human keratinocyte cells onto the finger, which formed an outer skin layer, or epidermis. After two weeks, skin covering the finger measured a few millimeters thick — comparable to the thickness of human skin.

The lab-made skin was strong and stretchy enough to withstand the robotic finger bending. It could also heal itself: When researchers made a small cut on the robotic finger and covered it with a collagen bandage, the skin’s fibroblast cells merged the bandage with the rest of the skin within a week.

“This is very interesting work and an important step forward in the field,” says Ritu Raman, an MIT engineer who also builds machines with living components. “Biological materials are appealing because they can dynamically sense and adapt to their environments.” For instance, she’d like to see a future version of the living robot skin embedded with nerve cells to make robots more aware of their surroundings.

But a robot can’t wear this lab-grown skin suit out and about just yet, Raman notes. The skin-covered robotic finger spent most of its time soaking in sugar, amino acids and other ingredients that skin cells need to survive. A Terminator or other cyborg wearing this skin would have to bathe often in a broth of nutrients or use some other complex skin care routine.