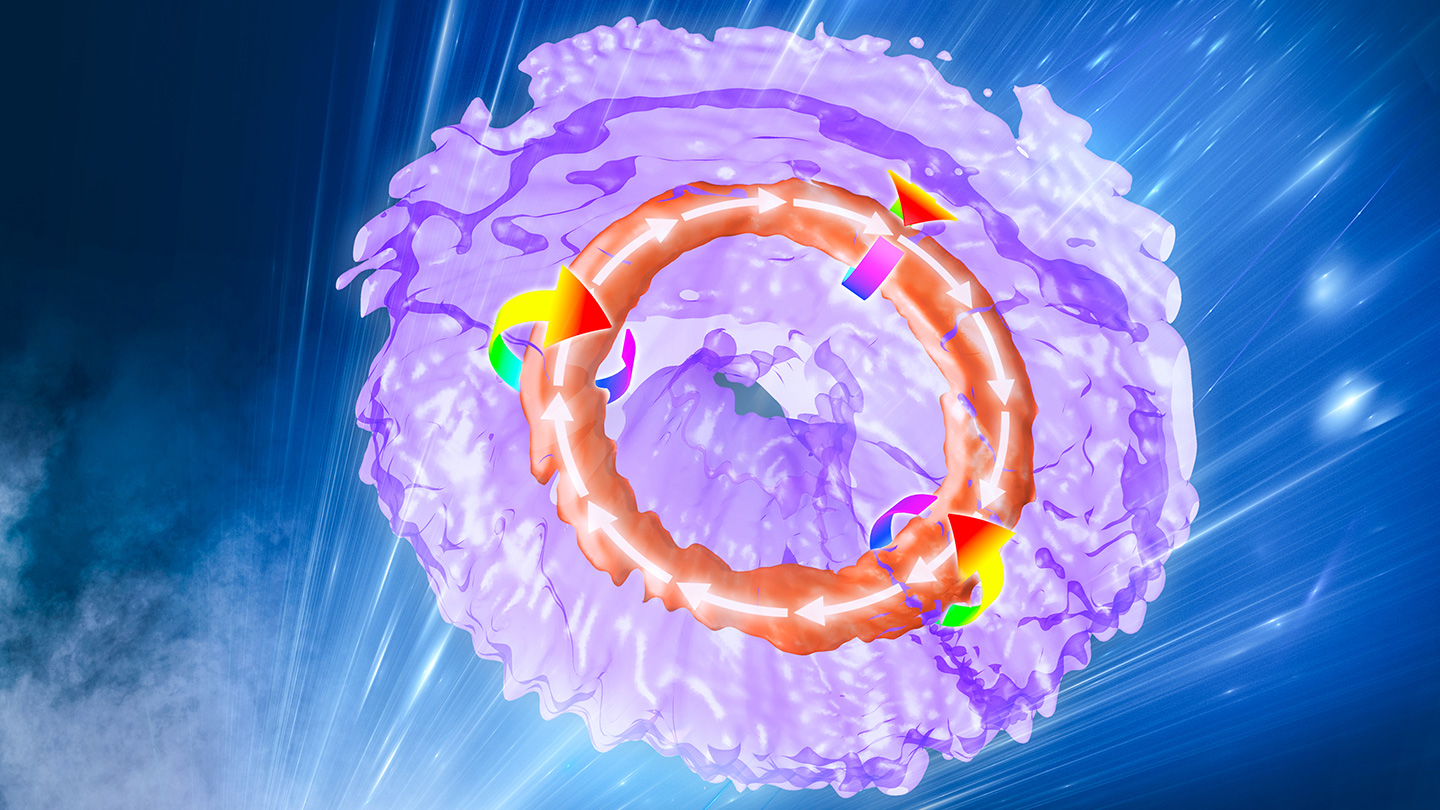 Smoke rings are being seen in a new light.

Doughnut-shaped structures called vortex rings are sometimes seen swirling through fluids. Smokers can form them with their mouths, volcanoes can spit them out during eruptions and dolphins can blow them as bubble rings. Now, scientists can create the rings with light.

A standard vortex is an eddy in a liquid or gas, like a whirlpool (SN: 3/5/13). Imagine taking that swirling eddy, stretching it out and bending it into a circle and attaching it end-to-end. That’s a vortex ring. These rings travel through the liquid or gas as they swirl — for example, smoke rings float through the air away from a smoker’s head. In the new vortex rings, described June 2 in Nature Photonics, light behaves similarly: The flow of energy swirls as the ring moves.

Optics researcher Qiwen Zhan and colleagues started from a vortex tube, a hurricanelike structure they already knew how to create using laser light. The team used optics techniques to bend the tube into a circular shape, creating a vortex ring.

The light rings aren’t that different from smoke or bubble rings, says Zhan, of the University of Shanghai for Science and Technology. “That’s kind of cool.”

Zhan is interested in seeing whether scientists could create vortex rings out of electric current or a magnetic field. And further study of the light rings might help scientists better understand how topology — the geometry of doughnuts, knots and similar shapes — affects light and how it interacts with matter.

Thirty years later, Flashback is making a return to PC with a sequel – Destructoid

Xiaomi made me give up my iPhone 13! An effortless transition to Android…

Environmental guardians of our coastline

What’s better than a Black Friday deal? A…