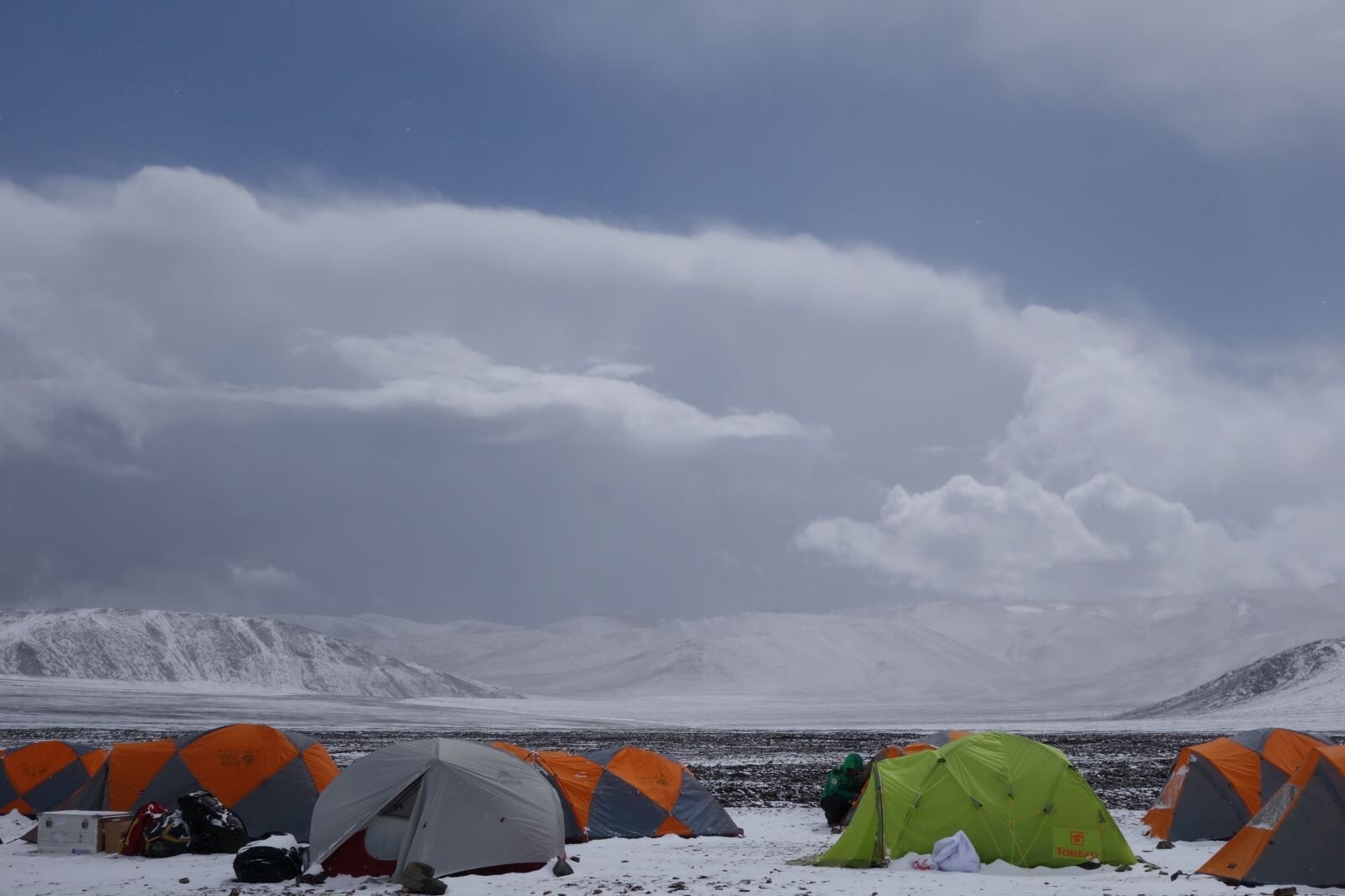 Humans are fascinated by our planet’s distant past. Since human recorded history only goes back a few thousand years, we probe Earth’s “memory” in various ways to uncover its secrets. One of these methods is to hunt for traces from the past, also known as “proxies,” which help scientists understand what Earth was like long ago.

Ice cores are columns of ice drilled through glaciers that are located in extreme environments such as the Arctic, Antarctic, and the Third Pole, which is centered on the Tibetan Plateau.

Ice cores are amazing as they record everything in the atmosphere and freeze it in time. They are windows that unlock mysteries of the past as they record not only proxies for climatic events, such as temperature and precipitation, but they also record evidence of events that influence climate, like tephra and sulfates that come from volcanic eruptions; the cosmic nuclei chlorine 36 and beryllium 10 that indicate changes in the output of energy from the sun; and the chemistry of the air trapped in bubbles in the ice that show past composition of the Earth’s atmosphere. Ice cores also give us histories of temperature changes as they are recorded by the chemistry of snow that falls on the glaciers and later compresses to ice.

According to the authors of the recent PNAS paper, since 1950 the ratios of heavy oxygen to light oxygen in the ice (oxygen isotopes) were the highest in the past 12,000 years, suggesting recent dramatic changes in the climate of this region, which is undergoing rapid population growth and agricultural development.

While drilling ice cores at high altitudes is very challenging, extracting information from them can be even more so. According to Lonnie Thompson, lead author of the study and a professor at the Ohio State University’s Byrd Polar and Climate Research Center and School of Earth Sciences, understanding the climate records from Third Pole ice cores is less straightforward than from polar ice cores, since they are formed under lower air pressure and contain more microorganisms and melt-layers, which can complicate the interpretation of the ice chemistry.

“The isotopes of the air trapped in the bubbles in the ice and atmospheric history of the past 15,000 years have been corroborated by other proxy records,” said Yao Tandong, co-author of the study and a professor at the Institute of Tibetan Plateau Research, Chinese Academy of Sciences.

The ice cores used in this study were drilled from the Guliya ice cap in 1992 and 2015 by an expedition team led by Profs. Yao and Thompson, co-chairs of Third Pole Environment, an international science program designed to better understand changes in the Third Pole environment and their ramifications.