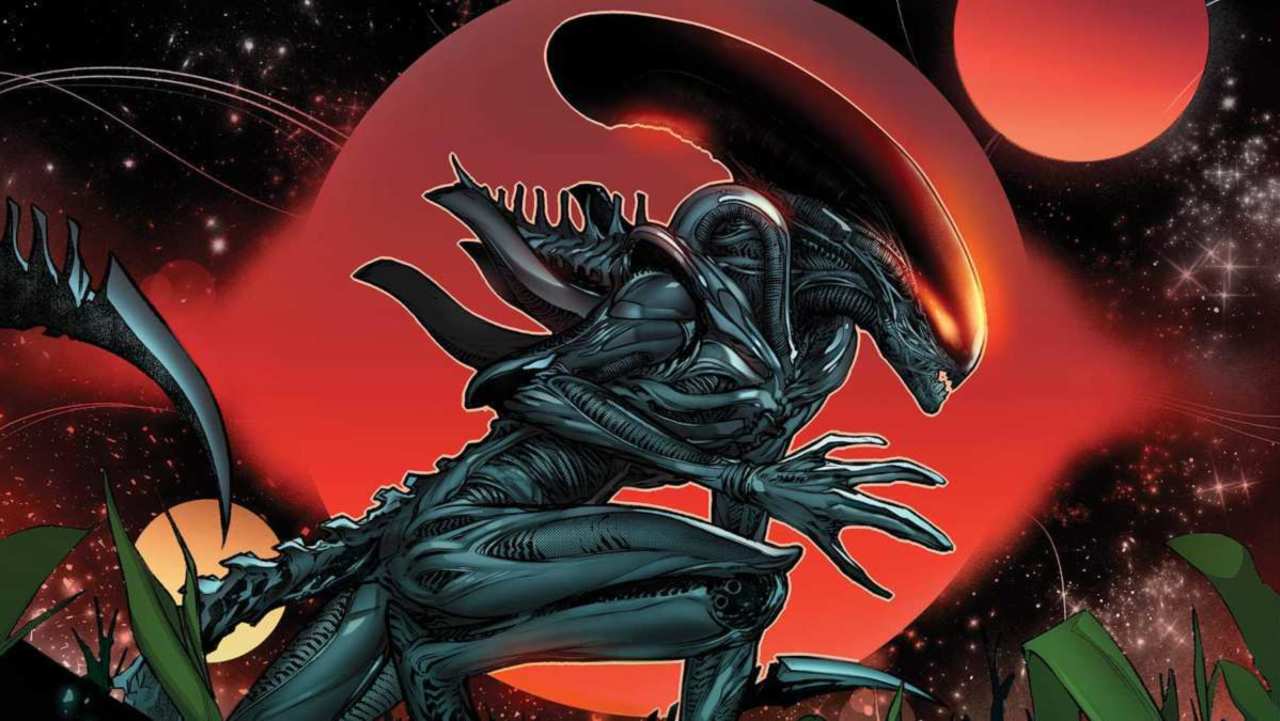 Marvel’s Alien series continues its new Alien story in Alien #8. Following up on Marvel’s Alien debut, Alien: Bloodlines, writer Phillip Kennedy Johnson and artist Salvador Larroca dive into Alien: Sanctuary. Kicking off in Alien #7, Alien: Sanctuary occurs on a recently terraformed colony that looks like paradise. When a mysterious ship crashes into it, hell is unleashed. Comicbook.com can reveal the cover to Alien #8, the second installment of the new arc, by Marc Aspinall. There are also two variant covers, one from RB Silva and another by Ivan Shavrin. Take a look at all three of the new covers below.

“I can’t thank the fans enough for all the support they’ve shown Marvel’s Alien,” Johnson says in a statement provided to ComicBook.com. “Sales have consistently outperformed expectations, the whole team is super grateful, and we’ll keep working as hard as we can to give you the best, most true-to-the-franchise stories we know how. I’m the biggest Alien fan alive, and getting to create within this universe is a dream-come-true I’ll never take for granted.

“For the first arc of the Marvel era, Alien: Bloodlines, we tried to give fans a story they’d find familiar but from a new perspective: the story of former marine and Weyland-Yutani company man Gabriel Cruz, with a horrific legacy and a desperate need to reclaim the family he threw away. In the second arc, Alien: Sanctuary, we’re flipping the script a bit, giving fans something they’ve never seen before. Readers will meet Jane Callan, a leader of a persecuted, old-world religion called the Spinners. Jane suffers from a degenerative disease, and is spending the final months of her increasingly difficult life on an offworld terraforming operation. Once the operation is complete, the colony will officially be Spinner territory, a sanctuary for Jane and her faith… until a spacecraft crash-lands in their little paradise with a mysterious, deadly cargo. Now, as Jane’s body continues to betray her, she has to protect her flock from her worst nightmare: the perfect organism, a merciless survivor that kills its prey from the inside.”

Alien: Sanctuary begins in Alien #7, on sale on September 22nd. Alien #8 goes on sale in October.

Marvel Cancels Guardians of the Galaxy