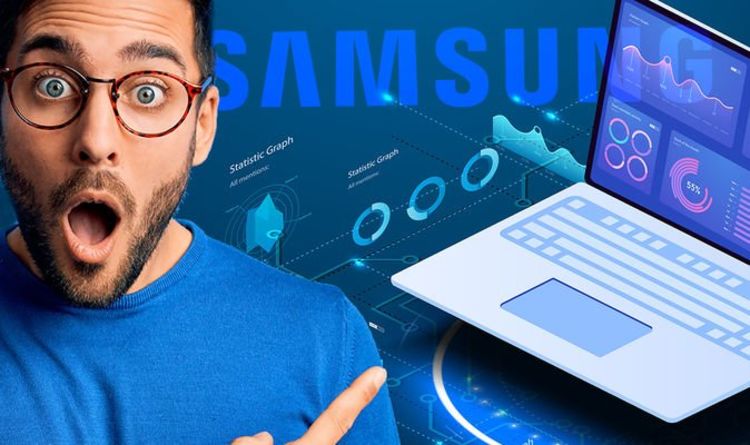 Samsung is already making and selling smartphones that feature bendy displays with new Galaxy Z Flip and Z Fold devices launching late last year. Now it seems the Korean technology firm is turning its attention to collapsable laptops and they could be just what consumers have been waiting for. A new patent, which has recently been filed by Samsung, reveals a device with a big screen that can be bent in half making it much easier to fold up and pop in your bag.

Images of how this device will look show a design with a detachable keyboard that releases to allow the display to be closed. It basically means a giant 13-inch screen suddenly becomes half that size when you’re not using it – perfect for those who want a PC that’s small enough to tuck in a shoulder bag.

The keyboard will also include a hinge allowing it to also be stored more easily when working on the move.

Along with the clever design, Samsung has also hinted what will go on under the shell with the device featuring two batteries for all-day usage and plenty of power via the latest processor technology.

There’s no word on when, or if, the firm will actually release its first bendy laptop but it might need to quick if it wants to keep pace with its rivals.

Asus has just revealed its new Zenbook 17 Fold at the CES technology showcase in Las Vegas which features a giant 17.3-inch OLED screen that bends in half.

The firm says this makes the device incredibly versatile with owners able to use it as a tablet, laptop or even a mini TV.

A keyboard can be linked up via Bluetooth when you want to get some work done and there are plenty of other extras tucked inside for the ultimate experience including powerful Harmon Kardon speakers, a huge battery, Wi-Fi 6 compatibility for speedy downloads and Dolby Vision which brings pin-sharp visuals to OLED display.

Anyone worried about durability should have their minds put at rest with Asus saying that it’s been tested to withstand 30,000 folds.

That means you can open and close 16 times a day for five years without fear of it breaking.

There’s no word on price just yet although we’re expecting it to be pretty expensive.

It will launch sometime in the spring.

Powerful volcanic blast not the cause for 2018 Indonesian island collapse

Hubble views a tranquil galaxy with an explosive past

Obi-Wan is coming to Fortnite next week