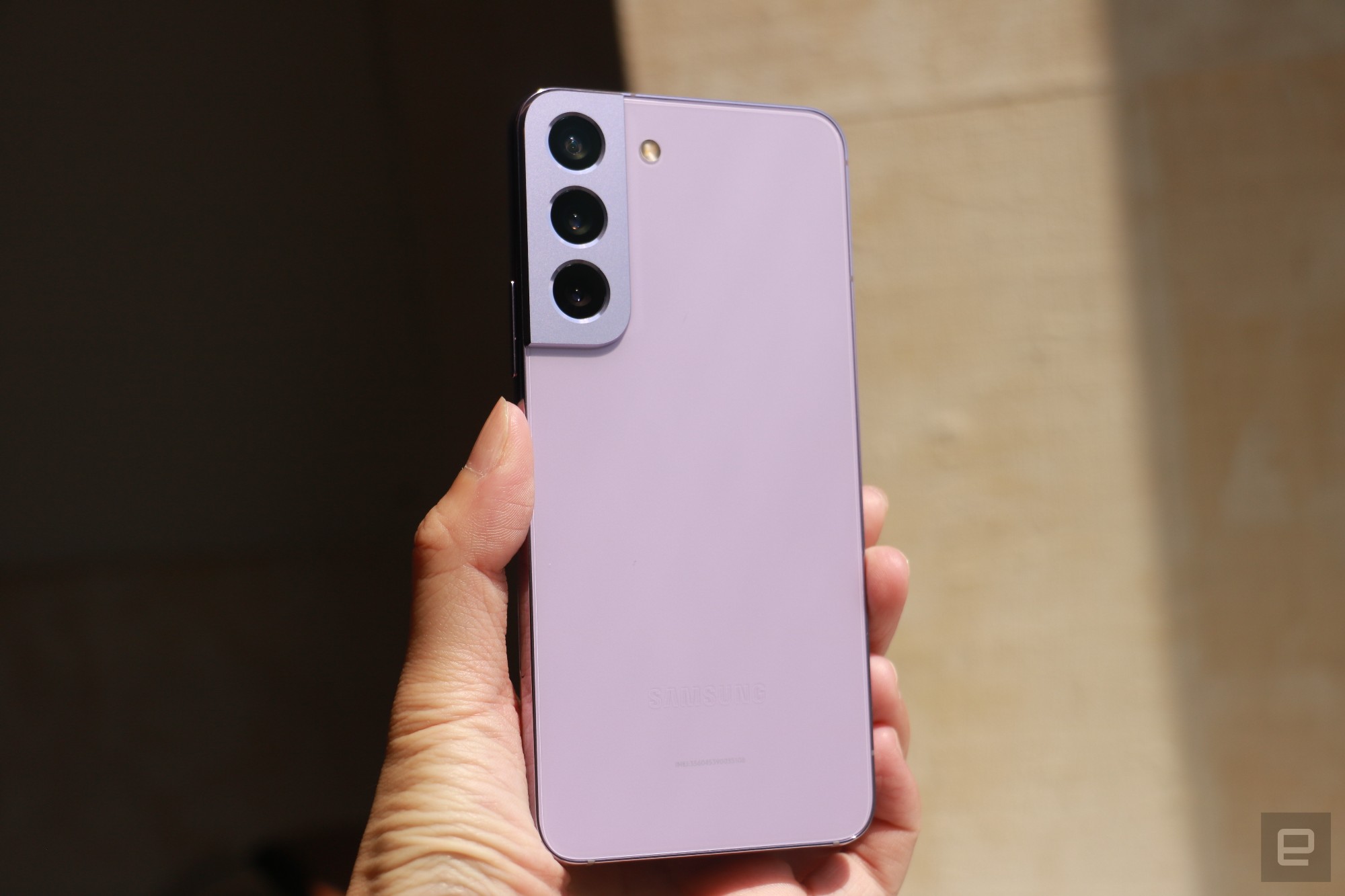 Ahead of its upcoming Galaxy Unpacked event in August, Samsung is unveiling a new color variant of the flagship S22 it launched earlier this year. Called “Bora Purple” after the Korean word for purple, the new hue will be available only for the smallest S22, not the Plus and Ultra versions, though Samsung said the color will launch on “exciting new Galaxy devices later this year.” You’ll be able to buy the Bora S22 on August 10th for the same $800 as the original model, which also comes in violet, green, pink, white and black.

We’ve seen Samsung launch purple gadgets before, like the “Orchid Gray” Galaxy S8, “Lilac Purple” Galaxy S9 and the lavender Z Flip 3. The S22 series itself is already available in violet, but the Bora edition’s contour cut camera housing is color-matched to the rest of the phone, while this part on the older handset is gold.

Samsung’s obsession with the color purple is evident in the press release it issued to announce the launch of Bora. “[P]urple is for everyone, whether you’re a global pop sensation, someone with a playful sense of style or a teen who wants to stand out from the crowd,” the company wrote. “In that sense, the purple stands for the same things as Samsung Galaxy: embracing diversity, pushing boundaries, and relentlessly innovating under the philosophy of openness.”

The company’s executive vice president and head of marketing Stephanie Choi also said in the statement “With its pastel and neutral tones, Bora Purple embodies optimism and a sense of calm. It will unfold your world with the power of choice.” Choi added “You don’t need to be a K-pop star or a mythical creature to embody mystery or power, you just need to be yourself.”

We’re expecting Samsung to launch five new Galaxy products next month, including the next-generation Z Fold, Z Flip, Watch and Buds. Judging by the hint in today’s announcement, it’s likely that Bora Purple will be a launch color for these devices.