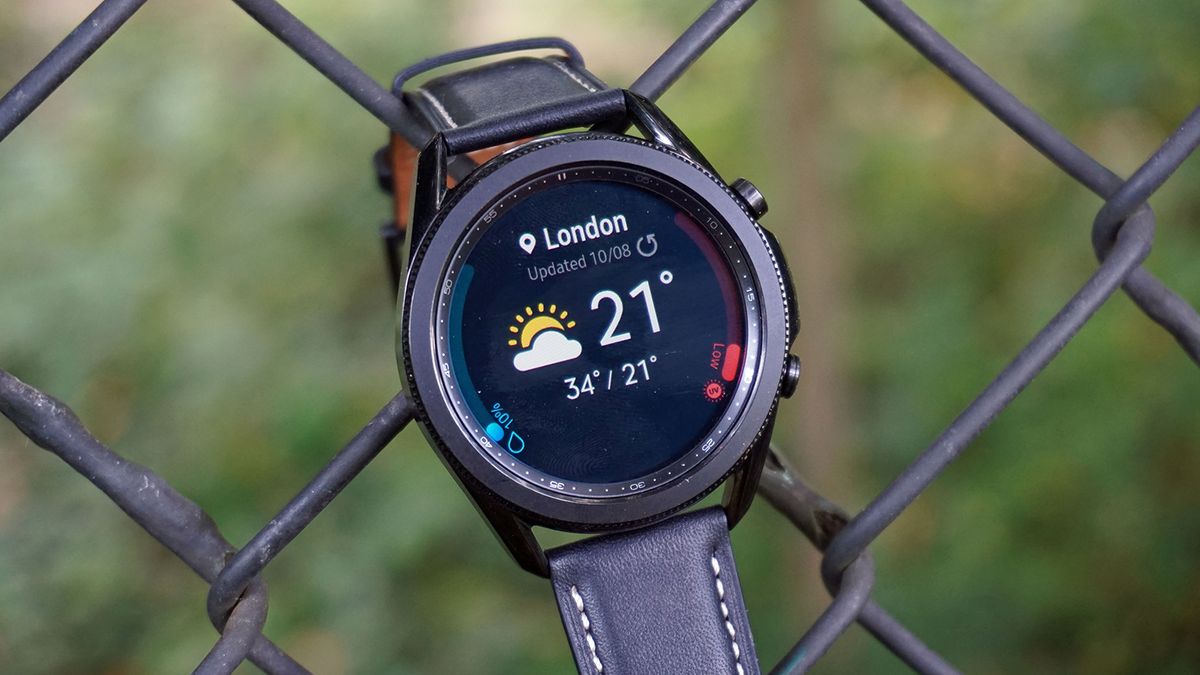 Ahead of the official unveiling that we’re expecting to get on August 11, we’re starting to get a complete picture of the Samsung Galaxy Watch 4 Classic – helped by some live images of the smartwatch that have just leaked out on the web.

The pictures come courtesy of 91mobiles, and while we can’t confirm that they’re the genuine article, they do match up with other images we’ve seen of the Galaxy Watch 4 Classic (which we previously thought was just the Galaxy Watch 4).

In terms of pictures, previous leaks of this particular wearable have all been renderings, so it makes a change to see the actual device in the wild. You can see both black and silver casings, and black and white strap options in the new photo. There are two physical buttons on the right as you look at the watch.

The story so far

We wouldn’t blame you if you were a little confused about which watch we’re looking at here. It’s the successor to the Samsung Galaxy Watch 3, which as mentioned above we originally thought was going to be called the plain old Galaxy Watch 4.

Analysis: a big moment for Samsung, and Google

Despite the best efforts of the likes of Ticwatch and Fossil, Google’s Wear OS continues to lag a long way behind the Apple Watch in terms of both sales and attention – but this year offers the chance of a reboot.

Not only is Google pushing out a major upgrade to its smartwatch software in the coming months, in partnership with Samsung, but the Galaxy Watch series is making the switch back to Wear OS too (and bringing some Tizen treats with it).

By combining forces, Samsung and Google will hope they can finally give Android users products that can seriously compete with the Apple Watch, just as the best Android phones offer strong competition for the iPhone.

Annoyed by the BBC Olympics coverage? Sky Q can watch it all for FREE

DokeV Pivoted From MMORPG to Open-World…

Some users are starting to get Google Photos’…