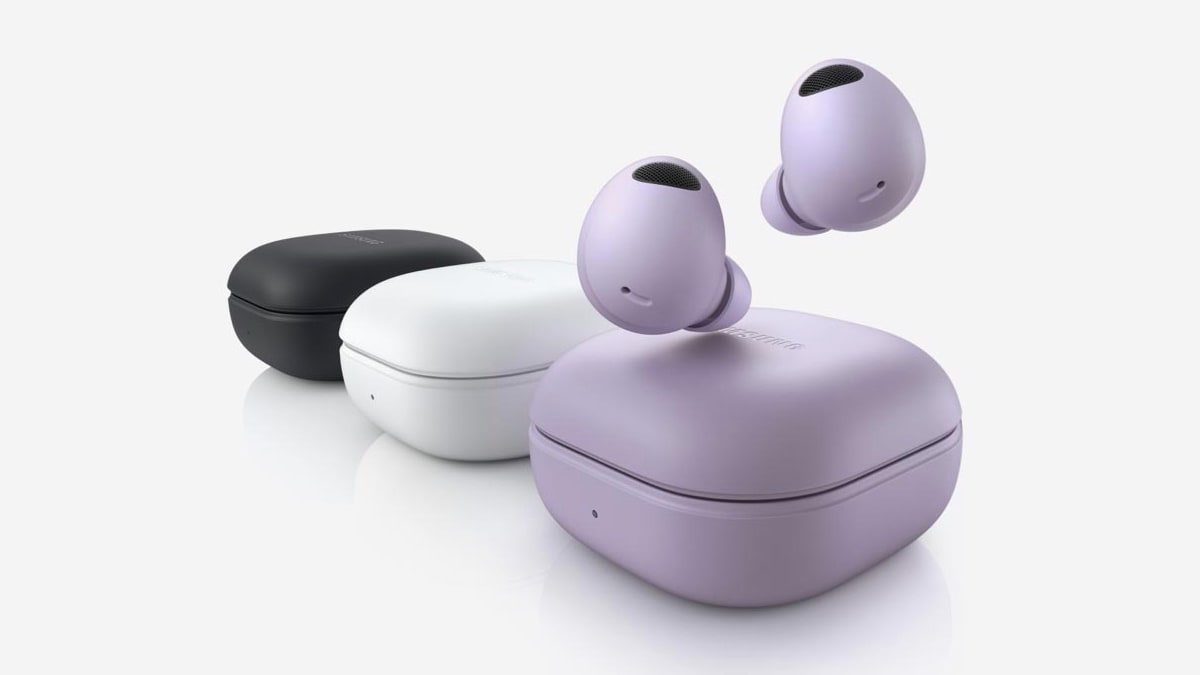 Samsung Galaxy Buds 2 Pro, which recently launched globally at a price of $230 (approximately Rs. 18,000), have been announced by the Korean company to be ‘Bluetooth LE Audio’ ready. However, there is no clarity on how this will be implemented currently, as the Bluetooth LE Audio specification has yet to roll out on mainstream wireless headphones and earphones. A new report now suggests that Samsung will offer Bluetooth LE Audio through a firmware update for the Galaxy Buds 2 Pro, which will be available later this year.

Launched alongside the Samsung Galaxy Z Fold 4 and Galaxy Z Flip 4, the Samsung Galaxy Buds 2 Pro currently support the SBC, AAC, and Samsung Seamless Codec HiFi (SSC HiFi) Bluetooth codecs. The SSC HiFi codec is the successor to the Scalable Bluetooth codec and supports 24-bit audio transmission, but will only work with select Samsung smartphones and tablets for now.

A report by 9to5Google suggests that the newly launched Galaxy Buds 2 Pro will offer Bluetooth LE Audio support later this year via a firmware upgrade.

What is Bluetooth LE Audio?

The Bluetooth LE Audio specification includes the new Low Complexity Communication Codec (LC3), which has been developed by the Bluetooth Special Interest Group (SIG), the organisation that develops and maintains the Bluetooth technology standard. This codec is the long-awaited successor to the SBC codec, which is universally supported on Bluetooth audio devices. It’s unclear how Samsung will implement Bluetooth LE Audio support on the Buds 2 Pro for now, but it’s highly likely that this will involve adding support for the LC3 codec through a firmware update.

Bluetooth LE Audio is set to roll out on wireless headphones and earphones in the coming months, and promises improvements in sound quality, latency, connection stability, and battery life. As the replacement to the SBC codec, the Bluetooth LE Audio standard will be available without any licensing fees as long as manufacturers use supported hardware and standards.

This could result in cost benefits that are passed down to consumers. Currently, manufacturers of wireless headphones and earphones are often compelled to license proprietary codecs such as aptX or LDAC, or develop their own, in the case of Samsung’s Scalable and SSC HiFi codecs. The cost of this usually reflects in the price consumers pay for the product, so the adoption of a new, universal, and modern codec standard could benefit the wireless audio industry significantly, both for manufacturers and consumers.

Denial of responsibility! TechCodex is an automatic aggregator of the all world’s media. In each content, the hyperlink to the primary source is specified. All trademarks belong to their rightful owners, all materials to their authors. If you are the owner of the content and do not want us to publish your materials, please contact us by email – [email protected]. The content will be deleted within 24 hours.
Bluetoothbluetooth le audioearphonesheadphoneslc3 bluetooth codecsamsung buds 2 pro firmware update bluetooth le audio lc3 codec galaxy samsungsamsung galaxy buds 2 prosamsung galaxy buds 2 pro specifications
0
Share