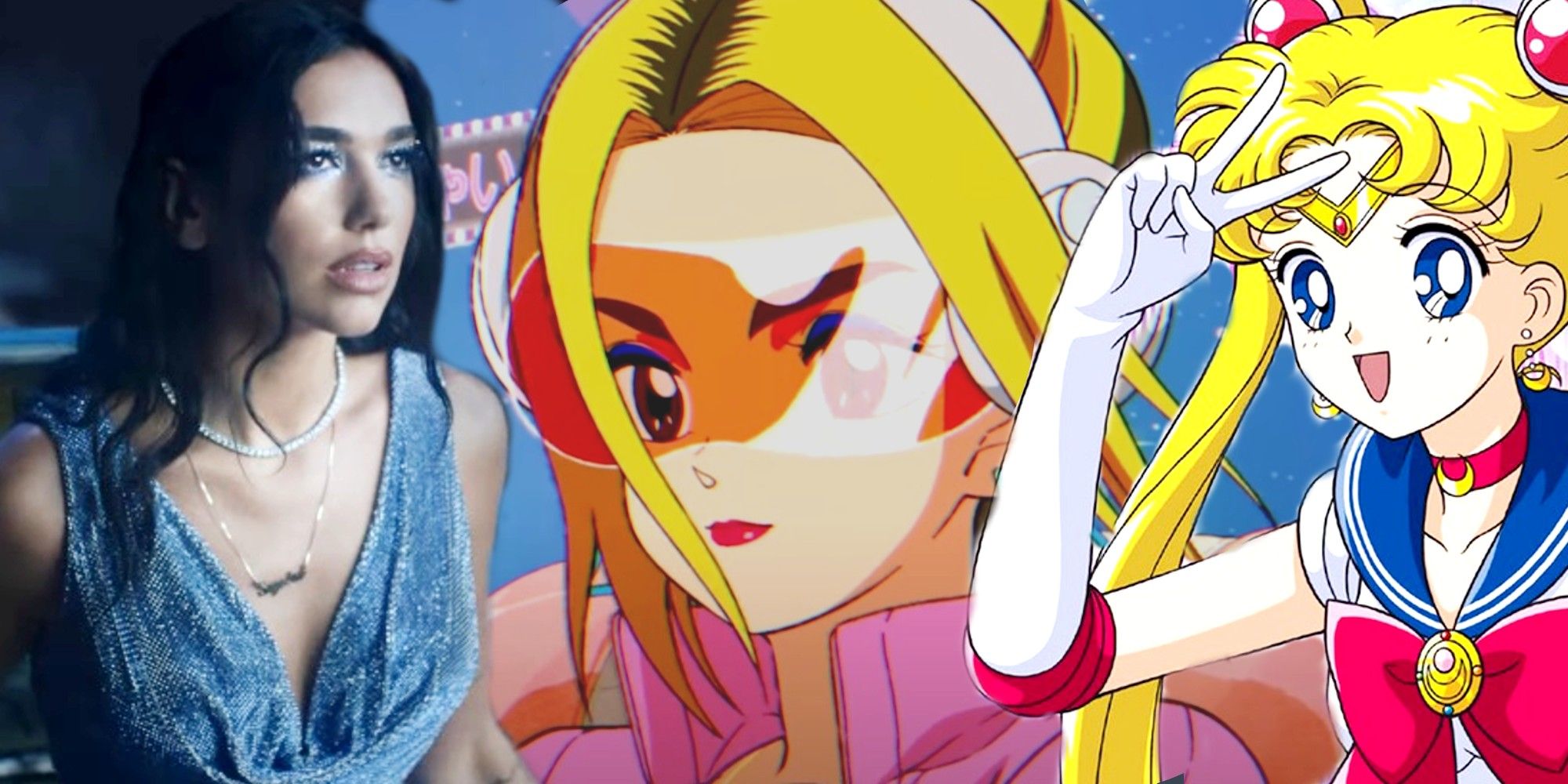 Pop star, Dua Lipa, has released a new music video for her hit song “Levitating” inspired by the iconic classic anime, Sailor Moon. The anime series was adapted from the Japanese shōjo manga written and illustrated by Naoko Takeuchi by Toei Animation and broadcast from 1992 to 1997. The series follows Usagi Tsukino, who becomes Sailor Moon of the Sailor Guardians following her encountering a talking cat named Luna, who offers her a magic broach to fight off the forces of evil.

Sailor Moon is one of the most influential anime of the ’90s, and the series is regarded as a major factor in the reinvigoration of the magical girl genre. The series also introduced many young fans to anime through its dub broadcast on US television during the decade and gave many young fans their first exposure to that style of animation. Because of this, Sailor Moon‘s influence can be found in many pieces of media today, from a nod in recent Harley Quinn comics to inspiring modern American animations such as Steven Universe. The anime continues to be referenced to this day across mediums, from television to comics, and now to music videos.

On her official YouTube, Lipa released a new animated music video for her Weekly US Billboard number 2 song, “Levitating,” with the video taking visual inspiration from anime series from the ’80s and ’90s. The narrative follows an animated version of Lipa traveling across the stars in a bright sci-fi setting. “Levitating” borrows heavily from the aesthetics of ’90s anime such as Sailor Moon, with a brief scene of the song’s title sequence resembling the titles for the anime, while Dua’s animated portrayal resembles the character design of Usagi through its art style. The music video even includes a recreation of Sailor Moon’s famous transformation sequences where its hero transforms into her Sailor Guardian persona, with Lipa instead taking on a new look for her concert. Check out the video below:

The video was animated by the Japanese artist group, NOSTALOCK, with Yu Tsubaki serving as creative director, Kenta Orisaka as the art director and writer, and Yuta Ueno as the producer. “Levitating” isn’t the singer’s first crossover with anime. Her song “Swan Song” was used to tie-in to Robert Rodriguez’s Alita: Battle Angel, a live-action adaptation of the manga of the same name.

By borrowing aesthetics and taking inspiration from Sailor Moon, Lipa’s latest music video fun and nostalgic piece of media that can appeal to many. To viewers not aware of the inspirations, it could make them interested in the medium, leading them to further explore the anime-style animation through productions such as Netflix’s recently released Pretty Guardian Sailor Moon Eternal films, while existing fans of anime may be taken in by the visuals and designs, being prompted to further explore Lipa’s discography. With the show being referred to not only in film and television, but also in music videos now, it’s clear how large the impact Sailor Moon has had on the world, becoming a long-lasting and recognizable part of popular culture.

Next: Is Sailor Moon Crystal A Reboot? Timeline Explained

Nathan is a young writer whose interest in film started when watching behind-the-scenes features on DVDs as a kid. He graduated with a degree in Film Studies. He has an interest in stories, how they can affect people and inspire. Nathan also has a fondness for comics and games, doing his best to keep up to date.