Sacred Fire is a game that you’re probably unfamiliar with. Back in 2017, Poetic Studio ran a successful Kickstarter, getting $65,000 from a target of $50,000. Since then, updates have come in on the Kickstarter at regular intervals, the game is coming along and although it’s going to be three years later than expected, it has a release date as well as a publisher in Iceberg Interactive – thus the inclusion in today’s Iceberg Ahead event.

I’m not going to pretend that this looks like a game for everybody. More akin to a visual novel than anything else, you’ll be following a set of story beats, the backdrops are what looks like beautiful illustrations depicting the current event and you make a decision based what’s in front of you. Your decisions will have a percentage chance of success that is seemingly based on stats like Fear, Anger and others. 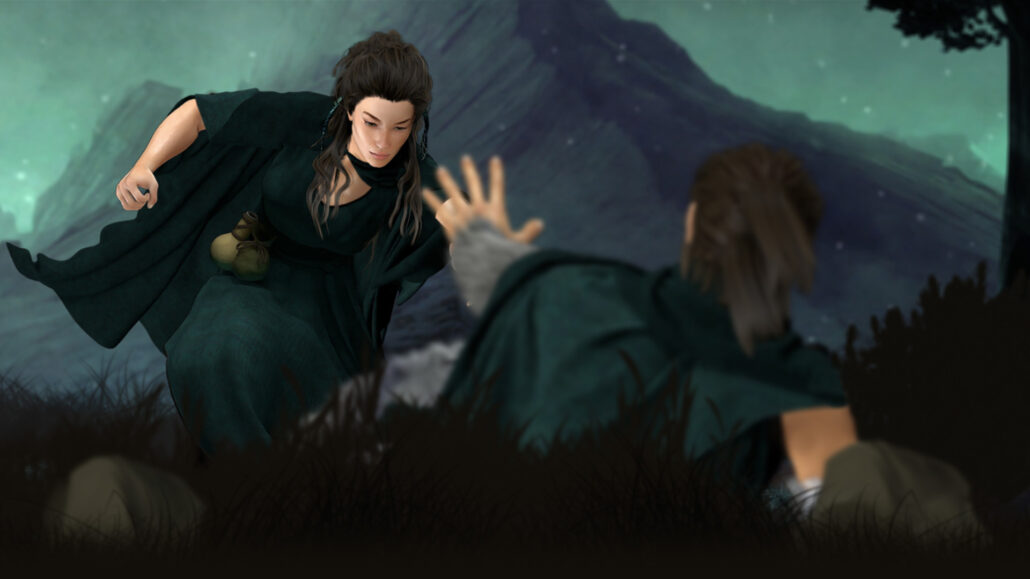 Both the setting and how the story looks like it will progress are both interesting, particularly with how branching the story can be based on your decisions. The setting is Caledonia, which is – as a generalisation – anything north of Hadrian’s Wall back when the Romans ruled Britain. The branching storyline aspect is covered in a blog post from last year, with more updates available for backers on Kickstarter. It’s the reliance on psychological factors, rather than general RPG stats, that certainly adds a level of interest.

You can find out more about the game over on the official site, where it explains more about the game. It includes a story map (like a world map for stories?), tactical combat where you don’t need to fight, there’s an overall strategy aspect where you’re balancing the psychological conditions that impact your character and several other elements, including politics. A lot is going on, a lot to balance. Also, it features voice acting by Doug Cockle, always a perk there.

I’m one who enjoys a dialogue-driven game, even something akin to a visual novel, so this interests me. Launching sometime in 2021, a lot of development time has gone into Sacred Fire and hopefully, it pays off.

This is how LG’s smartphone with ‘wings’ may look like