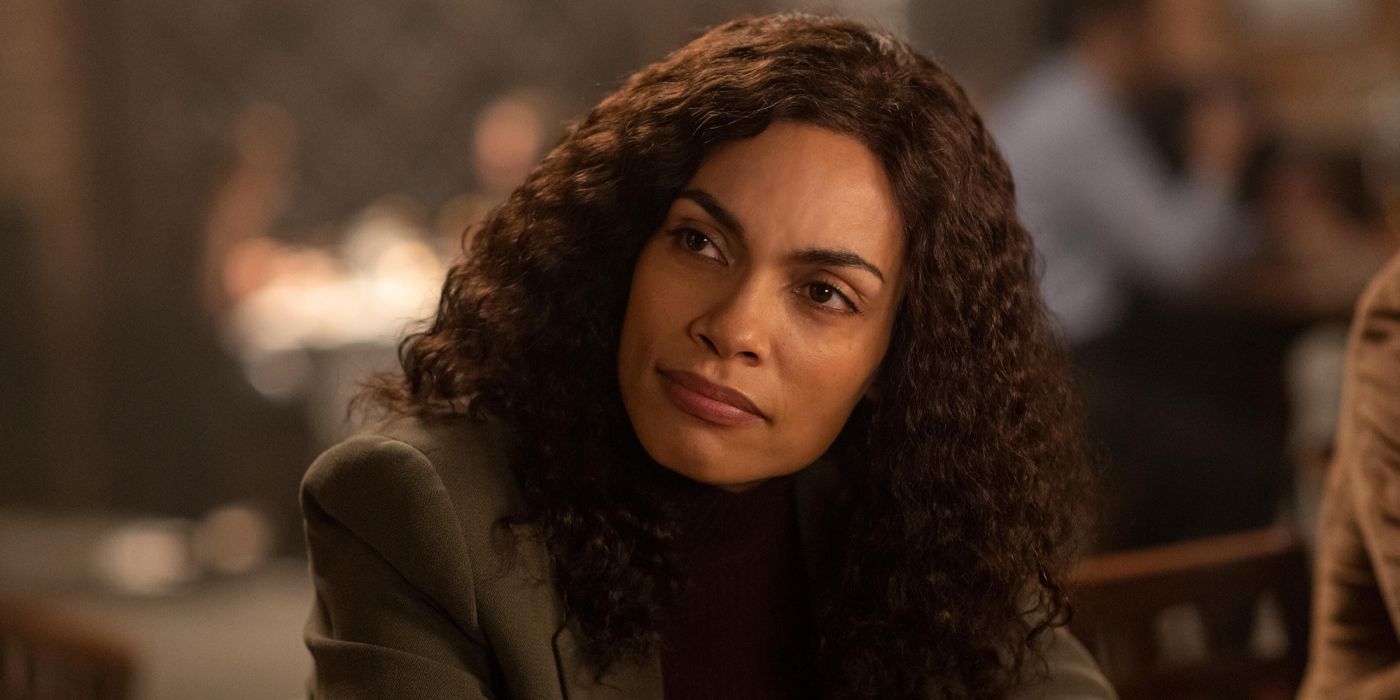 It looks like fans of The Punisher fans will have to temper their expectations of Jon Bernthal returning as the deadly Daredevil villain turned antihero. Fans of the series were left more than a little excited after Rosario Dawson seemingly announced Bernthal’s return as Frank Castle at the Chicago and Comic Entertainment Expo (C2E2) this weekend. However, Dawson quickly walked back her previous statements in a statement made today on Twitter.

“I can’t be trusted…!” Dawson said in her newest Twitter statement. She continued by knocking her own source for the news, which apparently came down to some pretty convincing fans saying, “[g]etting intel from fans during signings is iffy apparently. My bad.” Apparently, Dawson herself got caught up in her excitement over the prospect of Bernthal coming back into the role as the Punisher saying, “I get excited.” But she added that she might consider running the intel by another source next time, saying that “[c]onfirmation is key when you’re told what you want to hear…”

Dawson originally mentioned that the show was “coming back” during an appearance on her panel at C2E2, though she gave no further clarification as to where she’d gotten her information. As it stands now, it seems like she was operating on hearsay, but we can’t blame her! We’d all love to see a return of the deadliest man in the Marvel universe.

Dawson’s excitement over Bernthal potentially coming back seemed to have stemmed from the fact that she never got to work with the American Gigolo star while they were both working on Netflix’s MCU content. Rosario Dawson played Claire Temple, or Night Nurse, in The Defenders universe shows, including Daredevil, Jessica Jones, Luke Cage, and Iron Fist, but never got the chance to work with Bernthal on his show, The Punisher.

All of this probably seems all the more relevant now, after the news that Daredevil will be given new life in Daredevil: Born Again, a new series reviving the superhero on Disney+. To add to this, Dawson might have trusted the rumor, given the fact that Netflix’s Daredevil, Charlie Cox, is returning for the new Disney+ series. Vincent D’Onofrio, who also starred in the series will be returning as well, so it’s not completely out of left field to hope that Bernthal might get a second chance at taking up the helm of the Punisher, especially considering how his own series was cut short after Netflix and the MCU severed ties.

The new Daredevil: Born Again series is still in the works, and very few details have been announced regarding the plot of the series, or which characters will return. However, fans will soon have a chance to get a glimpse at him in Disney+’s new She-Hulk: Attorney at Law series, which premiers on the streaming service on August 18. You can check out Dawson’s retraction below.

How should the world’s governments respond…