Ring vs Nest: which smart security cameras are best for your home? 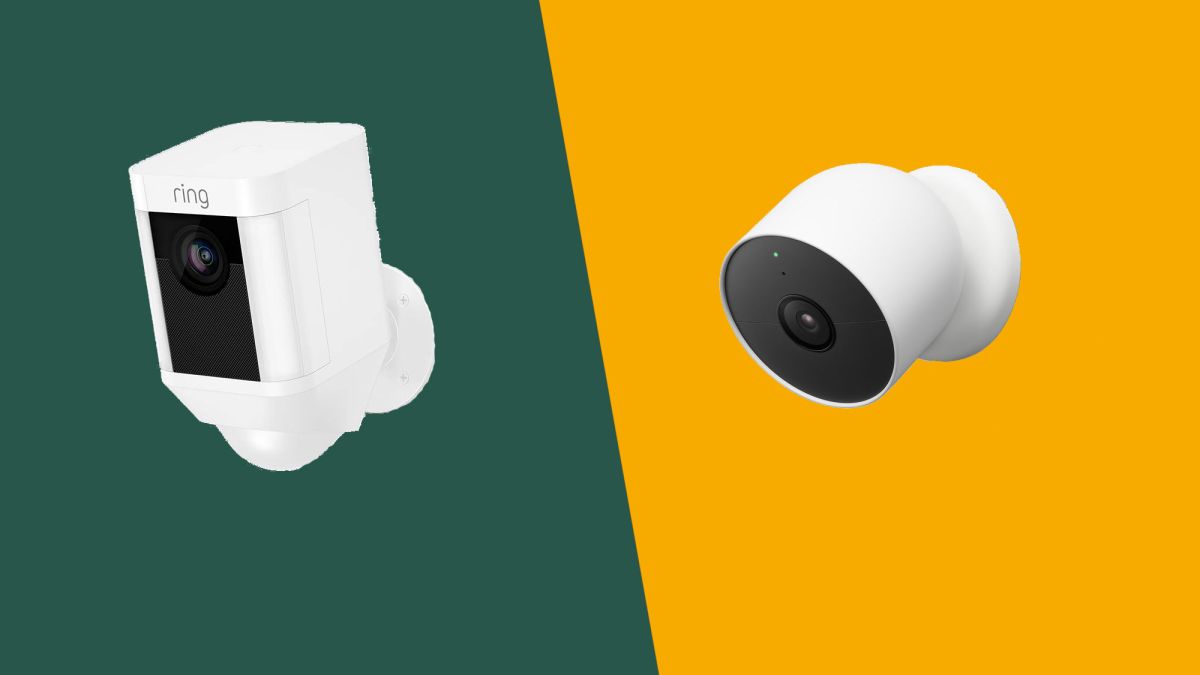 Home security systems used to be expensive to buy, expensive to install, and expensive to subscribe to. That’s changed dramatically: as tech gets smarter, smaller, and cheaper, home security tech has become more useful, more flexible, and more affordable.

When it comes to affordable home security, the 500lb gorillas of the market are Ring, which is owned by Amazon, and Google’s Nest. Both brands offer a range of home security cameras and video doorbells that connect to your Wi-Fi and stream high-definition video, while also offering low-cost subscription services that give you extra storage and multi-camera support.

Ring and Nest products are designed to connect to your smart home technology. That could be your phone – both brands have excellent and straightforward apps you can use to see what your cameras can see, and those apps can notify you of any unwanted visitors – or your other smart home devices such as smart speakers. You can even stream video from the cameras to compatible smart displays or TVs with certain streaming devices attached or built-in.

With both brands offering a full complement of security cameras and video doorbells, it may leave you struggling to decide which is best suited to you. Fear not, we’ve tested a range of devices from both Ring and Nest to give you the low-down.

The Ring range is much bigger. It offers eight different video doorbells ranging from the entry-level Video Doorbell (Wired) to the top of the range Video Doorbell Pro 2 and includes both wired and wireless options.

For cameras, there are Stick Up Cams, Spotlight Cams, and Floodlight Cams. The Stick Up Cam is a go-anywhere HD camera available in wired, wireless, and solar versions as well as with an ethernet option, and the Floodlight Cams are both wired and deliver illumination to a wide area. Spotlight cams are smaller with an integrated

So just how much with these home security cameras and video doorbells set you back? Ring’s range of cameras is slightly more affordable than Nest, but for its top-of-the-range devices, the prices are pretty evenly matched.

You don’t need to spend a lot of money to get good quality video: even the cheapest Ring camera, the Indoor Cam, offers 1080p HD video. With the exception of the Spotlight Cam you also get two-way audio so you can communicate with visitors or confuse your pets. The cameras also offer night vision. On cameras without built-in illumination that’s infra-red, which has a reasonably long range and displays in shades of grey; on cameras with built-in lighting you can also get color night vision, which makes it easier to identify items, clothing and so on but is much shorter range.

All of the Nest cameras have 1080p HD video and night vision, two-way audio and HDR (High Dynamic Range) for clearer video.

When you’re comparing cameras it’s important to look at the field of view: this is how wide an area the camera can see, and it’s particularly important with video doorbells as they are usually much closer to the subject. Nest’s doorbells have a field of view from 145 to 160 degrees depending on the model (the bigger the number, the wider the view) while Ring’s doorbells range from 150 degrees in the Video Doorbell Pro 2 to 180 degrees in the second, third and fourth generation Video Doorbell.

All of these cameras are designed to integrate with smart home technology. As you’d expect from a company owned by Amazon, Ring products integrate very well with Alexa and the Alexa app. You can also communicate with them via Google Assistant, although it’s a little more tricky: you need both the Ring app, the Google Assistant App, and the Ring Action for Google Assistant. This enables you to start recording and review your last notification.

For the Google-owned Nest, it’s the same but in reverse: it’s fully integrated with Google Assistant but you can add a Nest skill to Alexa. This enables you to show your Nest camera on an Amazon Echo Show, but not all cameras are compatible: the battery versions of the Nest Cam and Nest Doorbell won’t work with the Alexa skill.

In addition to their smart home integration, the cameras here have smart features in their own right. Nest video doorbells have smart alerts that can tell the difference between moving objects and people; the Nest Doorbell (battery) can also recognize parcels, animals, and vehicles. The Nest Cameras’ smart alerts differentiate between motion, people, vehicles, and animals, and they can also continue recording for an hour if there’s a power cut. You also get three hours of free online recording without having to pay for a subscription.

With both Nest and Ring you can get additional features with a security plan subscription. Ring Protect will store your video for 30 days and enables you to save and share video footage, while Nest Aware gives you 30 days of event storage (except for the Nest Doorbell battery), which only records video when the camera was triggered; the more expensive Nest Aware Plus doubles the storage time and adds 10 days of 24/7 video storage.

These are both very impressive and flexible security systems, but the choice will largely depend on two things: what smart home technology you already have, if any, and how much you want to spend. Nest has the edge when it comes to technology, but Ring beats it on price.

If you already have smart home equipment, Ring works best with Alexa and Nest works best with Google Assistant. Neither platform currently works with Apple’s HomeKit, although their respective apps are available for iPhones and iPads so Apple users can still control them.

As much as price isn’t the only consideration when it comes to wireless security cameras, we’d be remiss if we didn’t point out that Amazon prices its Ring products very aggressively and offers them with large discounts during every one of its sales events. If this is your first step into smart home technology, that makes Ring the one to go for if the price is your priority or if you intend to buy multiple cameras for indoor and out.