Rick & Morty Season 5 Is Getting an Hour-Long Finale 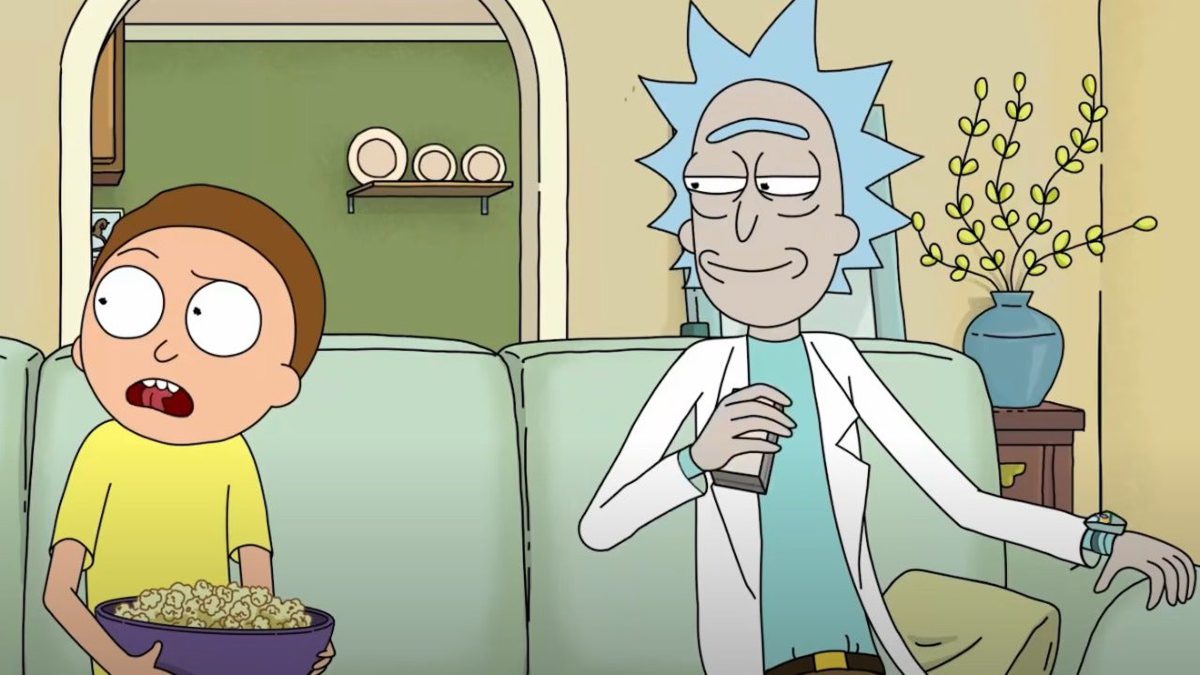 Adult Swim has announced that Rick and Morty Season 5 will be concluding with an hour-long finale this September.

The Rick and Morty Season 5 finale will air on Sunday, September 5, at 11:00 pm EST, meaning there will be a short break between Episode 8, which aired on August 8, and the special double-length episode to cap off the season. A teaser from the season finale was posted online to tide fans over until then. Check it out below:

Tune into @adultswim on Sunday, September 5th at 11:00 PM to catch the one hour season finale of #RickandMorty Season 5! pic.twitter.com/KWtuFCgXZj

The clip sees Rick spinning the eclectic “wheel of things better than Morty” after Morty encourages Rick to replace him. The wheel lands on “Two Crows” after whizzing around all of the other options, which include Garbage Goober, Half a Paul Giamatti, Gene with Donkey Brains, Sentient S#!t, Bag of Meat, Kyle 2.0, and Jerry (Spin Again).

The first episode of Rick and Morty Season 5, “Mort Dinner Rick Andre,” debuted on June 20 to coincide with Rick and Morty Day, a 24-hour celebration of the animated sci-fi sitcom that showcased behind-the-scenes footage, lookaheads for the season, and “special surprises” across TV, digital, and social media platforms.

IGN said the Rick and Morty Season 5 premiere offered an “enjoyable start to the new season” despite not being the “biggest or most daring season premiere the series has delivered.” We praised the episode for allowing Morty to take center stage, proving he “can be just as funny,” and “just as sad and just as self-destructive as his grandfather.”

There’s no denying that Rick and Morty have been through a lot, with years worth of Pickle Rick absurdity, infinite Morty’s, Chris Parnell and Jerry and their adventures with a Meseeks Box, plus Rick’s catchphrases like wubba lubba dub dub, but there are some things you (probably) still don’t know about the show’s titular duo. Click here to find out more.

How to send WhatsApp Disappearing Messages

Australia is about to feel the full brunt of its…