Rhea Ripley Pulled from Money in the Bank Due to Injury; Updated Card 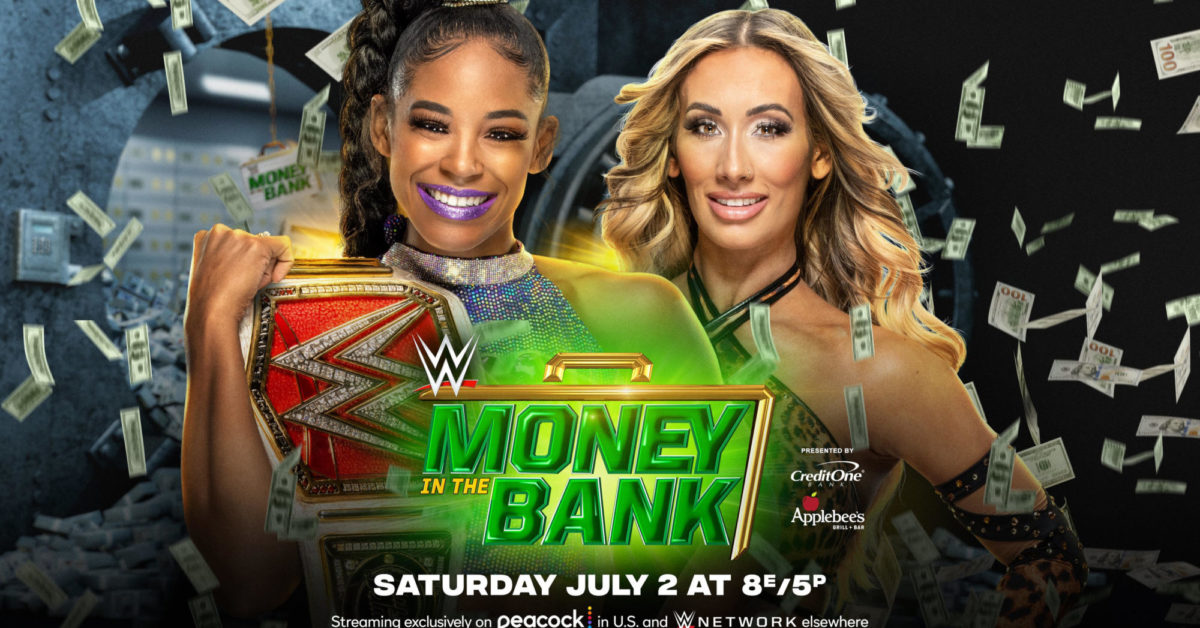 Rhea Ripley is injured and will be unable to challenge Raw Women’s Champion Bianca Belair at WWE Money in the Bank, so Carmella will step in instead. Carmella won a fatal five-way match on WWE Raw last night to earn the opportunity to get pinned by Belair at the PPV.

With Rhea Ripley not medically cleared to compete at WWE Money in the Bank, the toughEST will take on the wickedEST as Bianca Belair defends her Raw Women’s Championship against Carmella.

Can Carmella capture her first Raw Women’s Title, or will Belair remain the greatEST?

Don’t miss a second of the action at WWE Money in the Bank, streaming live on Saturday, July 2, at 8 ET/5PT on Peacock in the United States and WWE Network everywhere else.

Another match added to Money in the Bank as a result of last night’s episode of WWE Raw is Bobby Lashley vs. Austin Theory for the United States Championship, with Lashley winning a gauntlet match to earn the right to challenge.

In addition to Bianca Belair vs. Carmella and Austin Theory vs. Bobby Lashley, WWE Money in the Bank will also feature four other matches. Natalya will challenge Ronda Rousey for the Smackdown Women’s Championship. The Usos will defend the Undisputed WWE Tag Team Championships against The Street Profits. And after some more qualifiers, we know that the men’s Money in the Bank ladder match will feature Seth Rollins, Sheamus, Drew McIntyre, Omos, and more as-yet-unannounced competitors, while the women’s ladder match will feature Lacey Evans, Alexa Bliss, Liv Morgan, Raquel Rodrigues, Asuka, and more. The PPV takes place on Saturday, July 2nd in Las Vegas and will stream on Peacock.

‘The Rings of Power’ Will Have Female Orcs