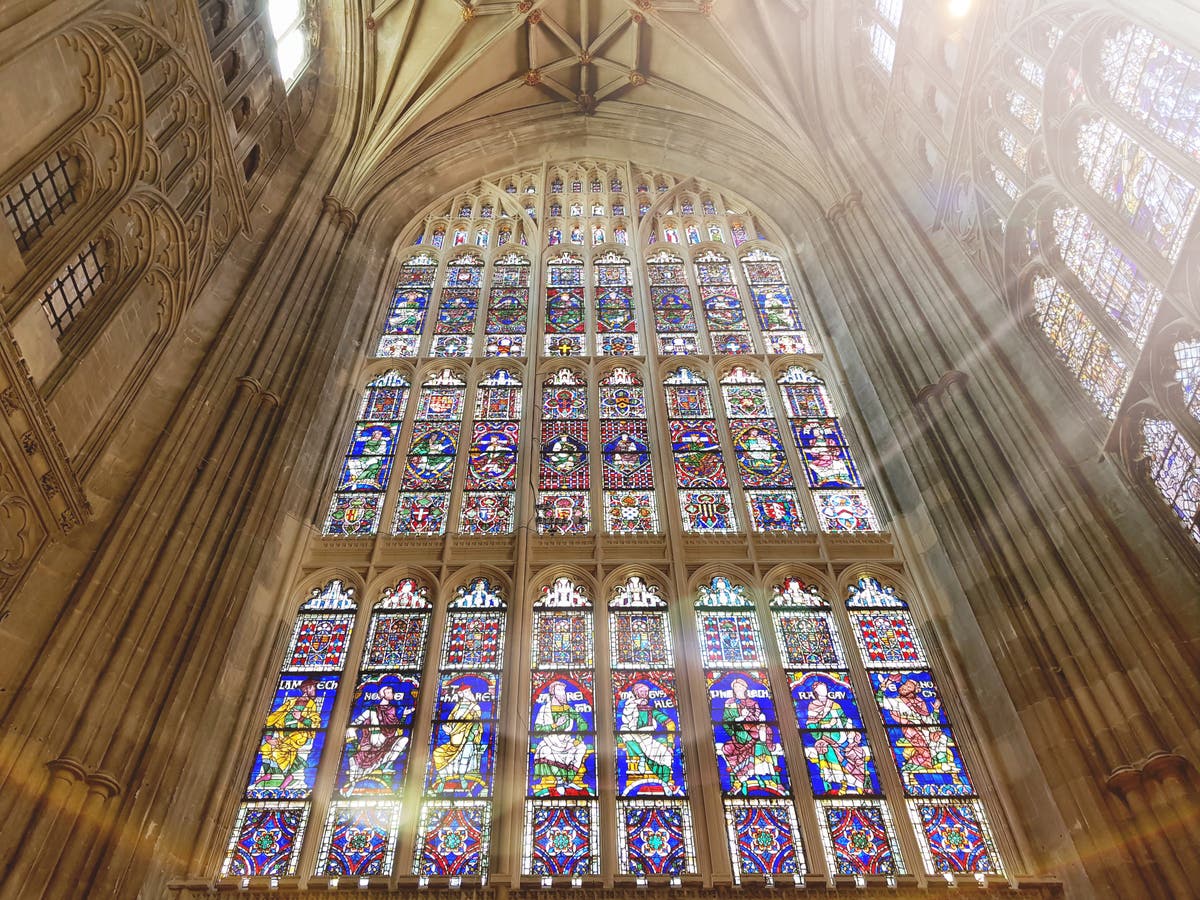 It is one of Britain’s most prominent churches, at the centre of Christian life for centuries – but it appears Canterbury Cathedral still holds some secrets. For looking down on the church are four figures now revealed to be the oldest stained glass windows ever identified in the UK, dating back almost 900 years.

Scientific tests have revealed that the masterpieces – beautifully painted figures, portraying four biblical characters – were made in the early-to-mid 12th century, for a rebuild of the eastern half of the cathedral.

Prior to the scientific tests, art historians had no way of determining their age. All that had been known for sure was that they had been created at some stage in or before the early 13th century. Stained glass from the first half of the 12th century or earlier is extremely rare in Britain, with no other large-scale examples still in existence.

“It’s extraordinary that Canterbury’s newly re-dated first half of the 12th century stained glass has survived through the centuries,” said one of Britain’s top experts on medieval stained glass, Professor Tim Ayers of the University of York.

Leonie Seliger, Canterbury Cathedral’s senior stained glass conservator, added: “The 12th century masterpieces had, in a sense, been hiding in plain sight. Although some art historians had speculated on a possible mid-12th century date on purely stylistic grounds, the four stained glass figures’ true age could not be known for sure before the scientific tests were carried out.”

The newly redated Canterbury stained glass masterpieces are also important internationally – because only around half a dozen large-scale pre-1150 stained glass works of art survive on the continent, in France and Germany.

The new portable testing method has been pioneered at University College London by archaeological scientist, Dr Laura Adlington. She succeeded in adapting a hand-held X-ray device so that it directs a beam of x-rays onto the surface of stained glass and generates an accurate x-ray fingerprint of its chemical composition. This revealed that the make-up of the glass used for the four Canterbury ancestor figures is earlier than other similar figures in the cathedral.

“The technology is particularly exciting because it demonstrates how science is contributing to solving historical and art historical questions,” said Professor Ian Freestone, a leading UCL archaeological scientist involved in the Canterbury project.

The new scientific and historical research has also revealed the extraordinary nature of the early history of the newly-dated artworks – a story ultimately involving aspects of Ancient Egypt, Imperial Rome and English Puritan iconoclasts.

Although the stained glass figures themselves were created in the first half of the 12th century (perhaps in around 1130), tests on other ecclesiastical stained glass from England and France suggest that parts of the Canterbury figures were made of remelted ancient Roman glass, manufactured around a thousand years earlier.

The newly identified late Norman stained glass is made up of pieces of glass in six different colours – red, pink, purple, yellow, green and blue.

However, scientific tests have now revealed that the blue pigment is cobalt – a mineral for which, in the 12th century, no natural sources were known to European glass-makers.

Instead they (or their suppliers) almost certainly obtained their cobalt from recycling thousands of Roman blue/cobalt glass cubes used in Roman wall mosaics, often located in Italy.

It’s estimated, for instance, that medieval salvage workers removed up to 40 tonnes of mosaic cubes from the walls of one of ancient Rome’s greatest public buildings – the Baths of Caracalla. The cobalt in the Canterbury windows had almost certainly originally come from the Balkans or the Middle East back in Roman times.

Scientific tests, on blue cobalt stained glass from medieval church windows elsewhere, strongly suggest that the flux (the glass-melting additive), originally employed to make the blue glass used in the early Canterbury masterpieces, was soda (sodium carbonate) – and it is known that virtually all the soda utilised by the Romans to make their cobalt-blue glass mosaic cubes was obtained from salt lakes in the Wadi el Natrun area of northern Egypt. The area had originally been developed for soda extraction – because the ancient Egyptians had needed those salt lakes’ soda for transforming corpses into mummies.

The new research also reveals, by implication, the nature of key parts of the internal decor of the vast Norman building. The four figures portray four of the traditional Old Testament ancestors of Christ – but it’s almost certain that they originally formed part of a series of around 40 such ancestor figures “parading” around the whole of the interior of the eastern part of the cathedral, in virtually every window in what would have been the upper part of that portion of the building. Of potential ideological importance, from the medieval Church’s perspective, was the fact that most of Christ’s traditional Biblical ancestors were kings and princes – a politically significant belief for the Church, which was keen to promote the idea of Christ as King of Heaven, and through the Church, the ultimate power on earth.

However, that apse was then removed – to allow for the construction of a massive shrine to the murdered Canterbury Archbishop, Thomas Becket (killed in the catherdral through royal incitement in 1170).

It seems that Christ’s four surviving Norman-made ancestor figures (King David, Prince Nathan [King Solomon’s brother], King Rehoboam [Solomon’s son] and King Abijah [Solomon’s grandson]) were then probably put into storage for around 40 years – before being relocated to windows at the newly constructed extreme east end of the cathedral.

Historical evidence shows that they stayed there until the very late 18th century, when the foursome was split up – with two figures being inserted into the cathedral’s Great South Window and two into its Great West Window.

But historical research also shows that relocation had its genesis in events that had occurred more than 150 years earlier – when Canterbury Cathedral’s most reviled cleric had, during the English Civil War, deliberately destroyed the original stained glass figures in those windows. His name was Richard Culmer, the chief puritan enforcer at the cathedral and a man dedicated to destroying images of saints (or any other images people may have prayed to). Theologically, he adhered fanatically to the Ten Commandments’ ban on the worship of images, what he would have considered idolatry. Luckily Christ’s ancestors were not perceived as objects  of prayer – and were therefore not destroyed.

But his iconoclastic actions against portrayals of saints, the Virgin Mary and indeed of Jesus himself, led to riots in Canterbury and even outrage in parliament – but created the space in the cathedral’s South and West windows where the four original Norman-made ancestor figures were relocated to in the late 18th century, and where they still reside today.

Although all the other original ancestor figures at Canterbury were destroyed in the 1174 fire, they were recreated (albeit in late 12th and early 13th century style) and substantially increased in number during the rebuilding of the cathedral, post-fire. Thirty-one of those recreated ones survive, and together with the four surviving original earlier figures, are by far the largest series of medieval portrayals of Christ’s traditional ancestors anywhere in the world.

Mushballs stash away missing ammonia on Uranus and Neptune