Apple’s new map design is starting to roll out to cover Canada in its Maps app.

This new design looks pretty similar to the old version, but Apple said that the new design in the U.S. included “faster and more accurate navigation and comprehensive views of roads, buildings, parks, airports, malls and more.” Therefore, it’s expected that these improvements are coming to the Canadian revamp as well.

In the screenshots shared by Apple Maps aficionado Justin O’Beirne, this appears to be correct. 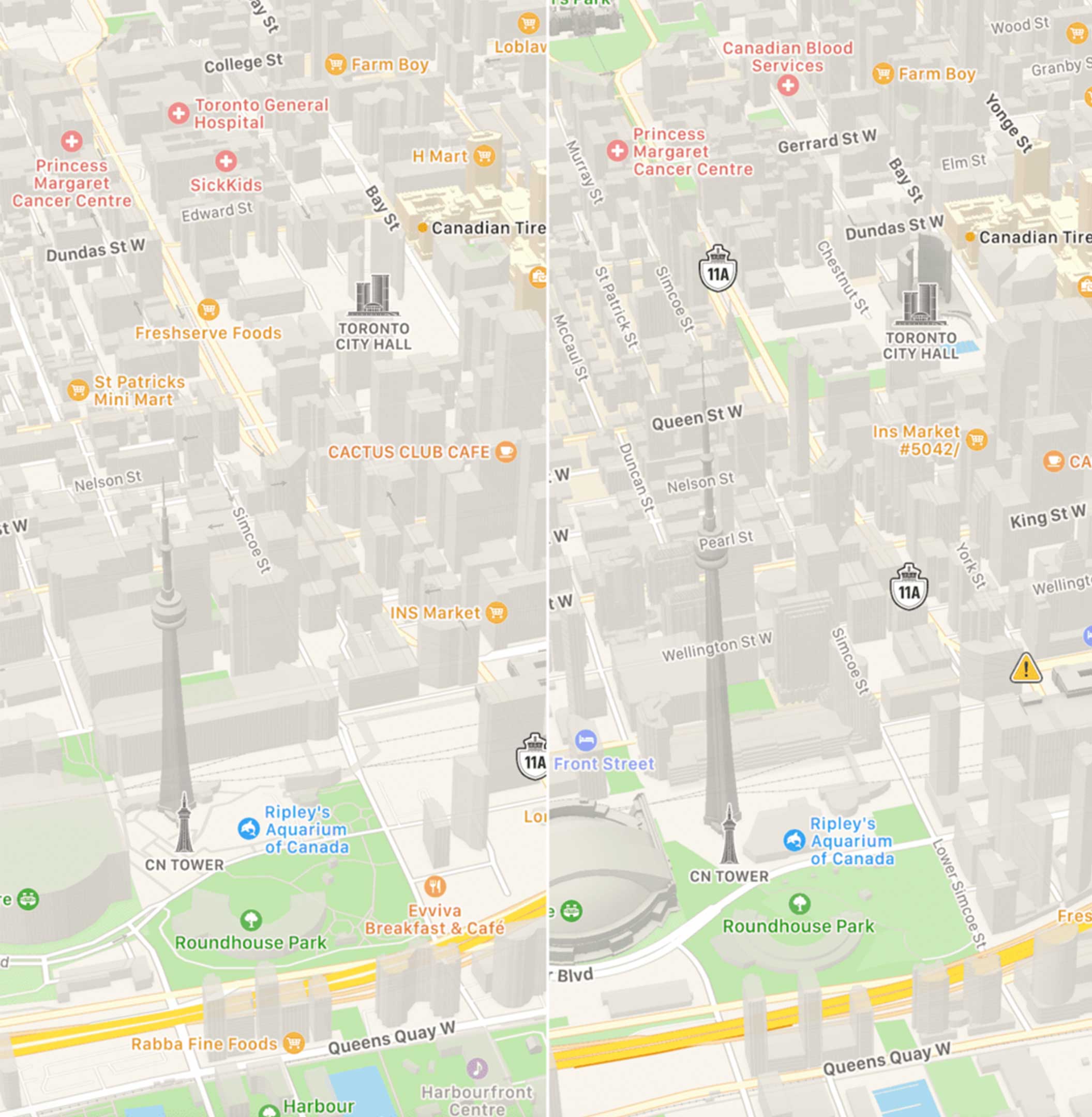 Screenshot from Justin O’Beirne. The new map version is on the right.

Canada will be the fourth company to be blanketed by Apple’s new Maps if it rolls out officially soon, according to O’Beirne. Previously, the U.S., U.K. and Ireland have gotten the new updates.

What this update doesn’t bring is the new Apple Maps ‘Look Around’ view. This is Apple’s competitor to Google Maps’ ‘Street View.’ Currently, the feature is only available in select cities in the U.S., Japan, the U.K. and Ireland. 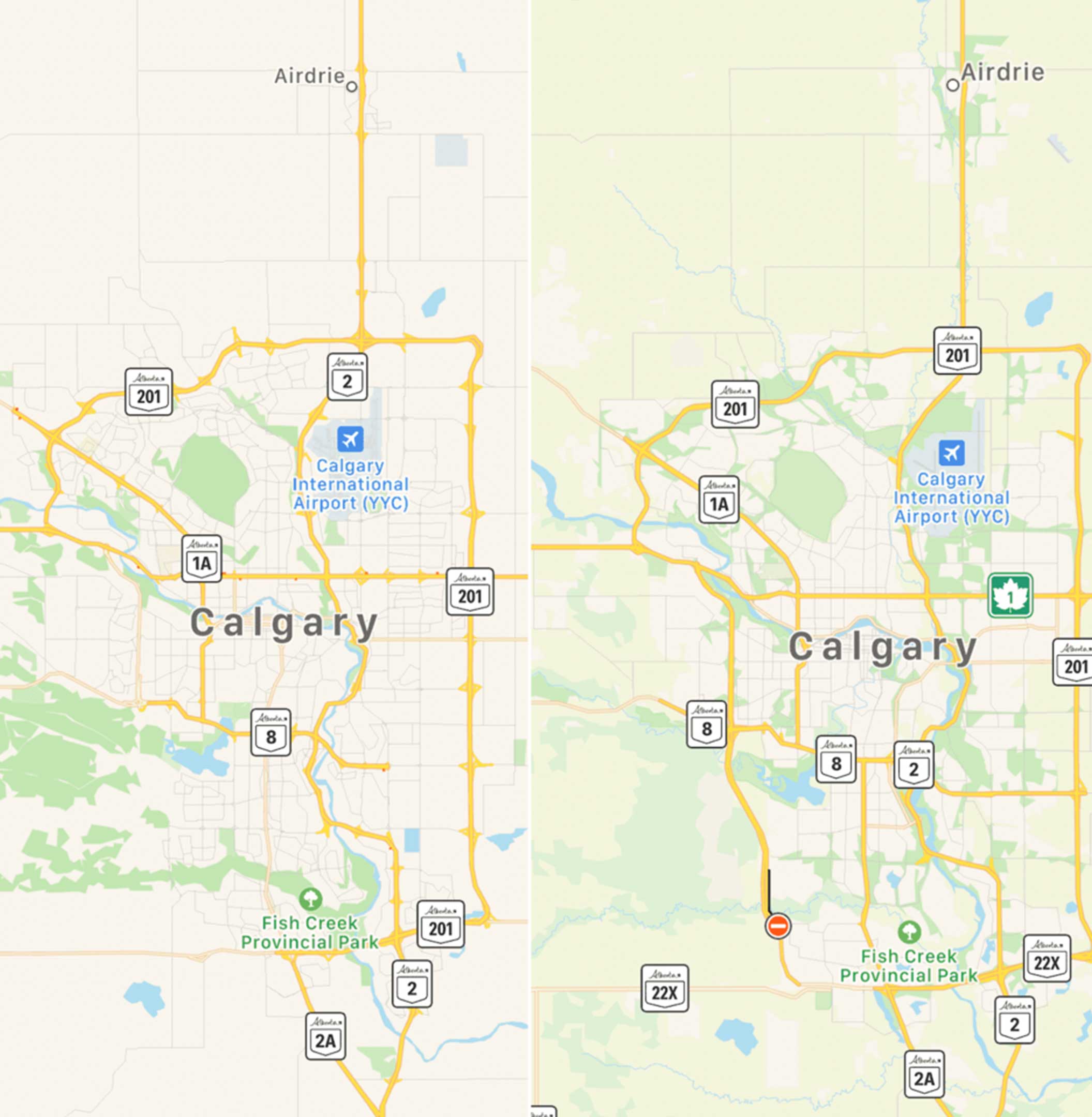 O’Beirne’s website says that six percent of its readers are testing the new design. Based on past Apple Maps update roll-outs, he suspects it will take 16 to 49 days for the feature to hit all users.