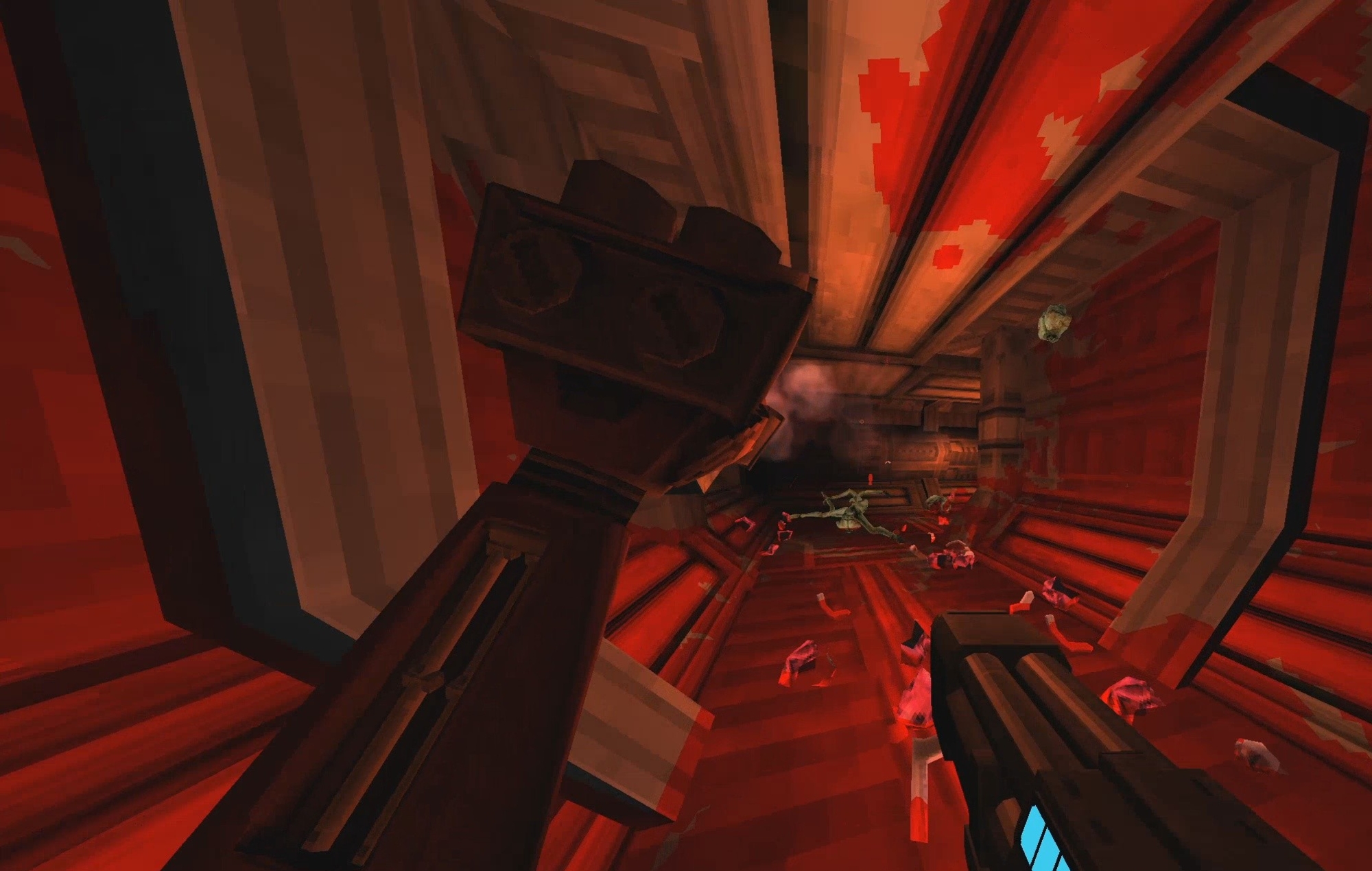 New Blood Interactive has taken to Twitter to share their accomplishment with Ultrakill, which has become one of the top rated games of all time on Steam.

Ultrakill has earned a spot near the very top of the Steam ratings, with over 10,000 positive reviews and just 60 negative ones.

As noted by SteamDB, Ultrakill now sits at number 15 for the top rated game chart on Steam. A quick look also reveals that no other game on the chart – from Portal to The Witcher 3 and plenty more – has anything close to the low amount of negative reviews that Ultrakill has.

With 10,000+ reviews now counted at 99% recent / 99% overall, @ULTRAKILLGame remains the highest user rated New Blood game and one of the highest rated Steam games of all time.

Mankind is dead.
Blood is fuel.
Our hearts are full.

Developers New Blood Interactive shared that Ultrakill is “the highest user rated New Blood game” and thanked their playerbase for the positive feedback.

Players must contend with demons, machines and the undead to gather blood, which is a vital resource that actively heals the character.

Ultrakill is currently in early access and plans to stay that way until “the third and final act is complete”, which the studio expects to wrap up some time in 2022. The game is currently priced at £15.49, however the price will be increased “as we add content during early access.”

In other news, a full set of patch notes for Apex Legends: Emergence has been revealed.

The new season will introduce Seer, the Rampage LMG, Ranked Arenas and a host of balance changes to Legends and weapons alike.