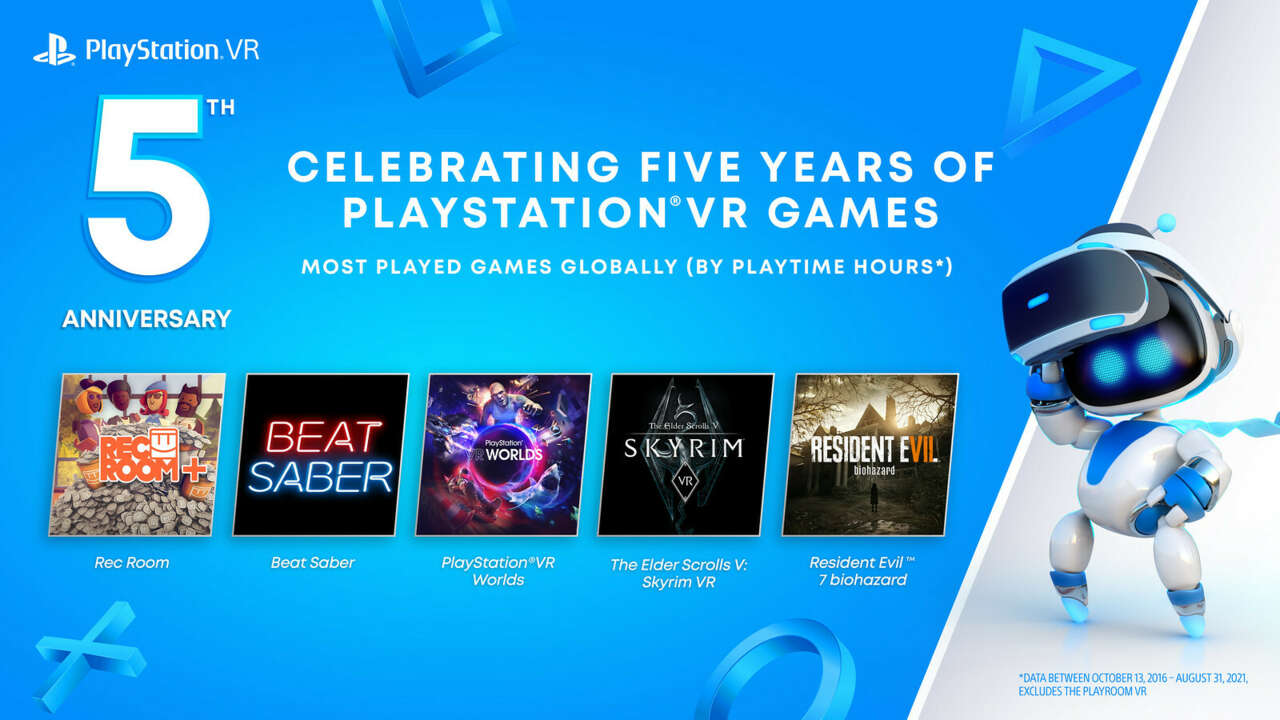 Sony has revealed some interesting stats about PlayStation VR as it celebrates its fifth anniversary.

According to PlayStation, the top five most played games on the platform since its inception are Rec Room, Beat Saber, PlayStation VR Worlds, The Elder Scrolls V: Skyrim VR, and Resident Evil 7 biohazard. Sony also provided a breakdown of the top five titles played in different regions as well. Europe has the exact same list as the global one, while North American players really enjoyed Job Simulator and Firewall: Zero Hour. In Japan, Gran Turismo Sport was quite popular.

“Since the PS VR launch, we have seen a diverse range of unique experiences that showcase a sense of presence we set out to achieve with this platform,” says senior director Isabelle Tomatis.

PlayStation has also reiterated its dedication to virtual reality, highlighting upcoming games such as Moss: Book II, Wanderer, After the Fall, Humanity, Puzzling Places, and Zenith: The Last City. The company also announced that it will be offering three free PlayStation VR games to PlayStation Plus subscribers next month.

Sony is currently working on its next-generation virtual reality headset, which is reportedly using OLED screen technology and launching sometime in late 2022.

Blue Origin Wants to Build a Space Station to…