Researcher studies the history of deodorant 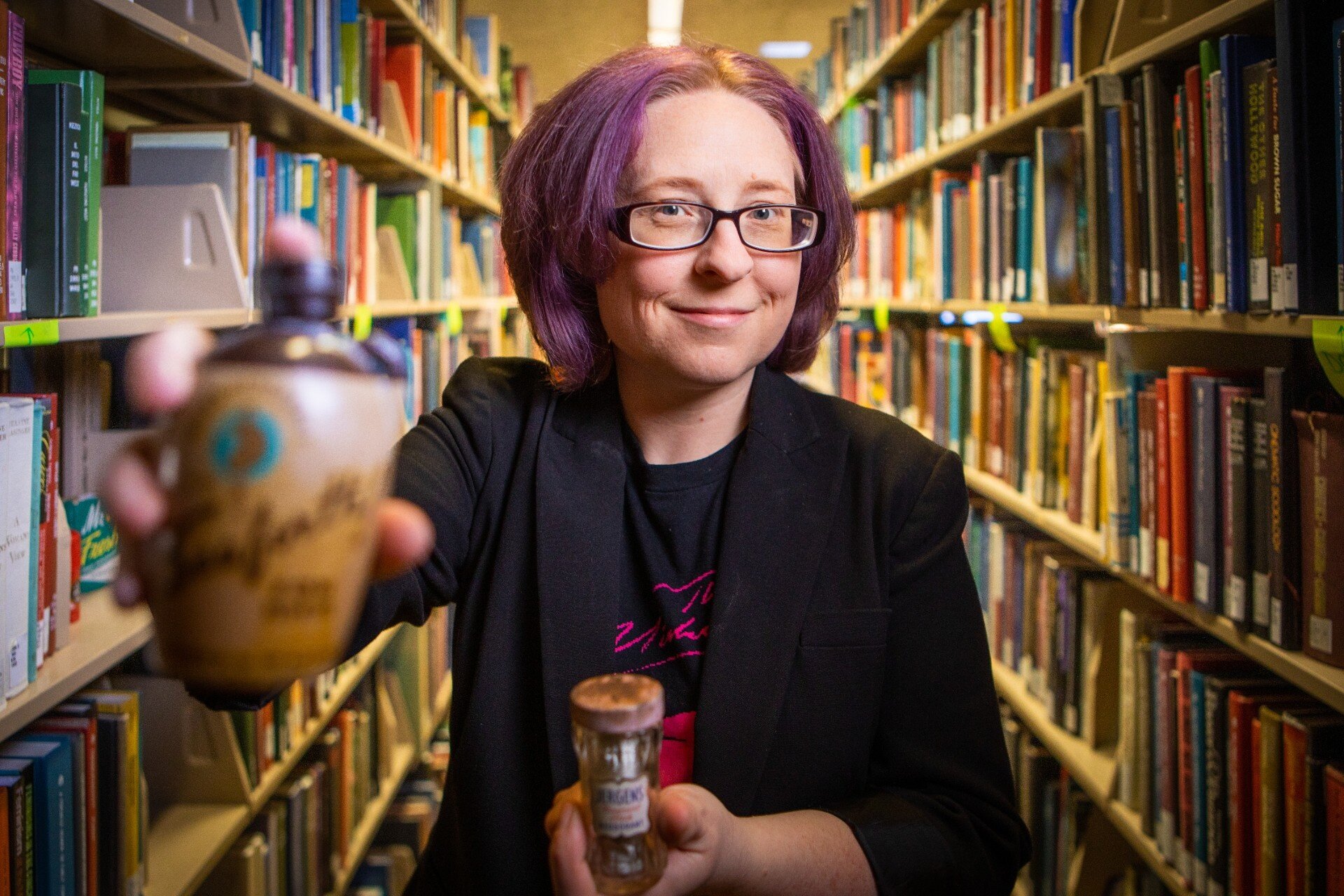 While Cari Casteel was watching Super Bowl ads about a decade ago, she didn’t expect to find the inspiration for her Ph.D. thesis.

An Old Spice commercial played and “the man your man could smell like” catchphrase caught Casteel’s attention. Her mind wandered, and she started to think about what men usually smell like compared to what women usually smell like, and how personal care products help to construct those scents and connect with ideas about gender.

Naturally, as someone who majored in history, she wanted to investigate deeper.

And that’s exactly what Casteel, Ph.D., a clinical assistant professor who joined the Department of History in the College of Arts and Sciences in 2018, has been doing.

“Deodorant is, for many of us, an oft overlooked part of the way we present ourselves to the world,” says Casteel, who chose to stick—pun intended—with the topic of deodorant because of its ubiquity and untold history.

Commercial deodorant was developed in the United States in the late 1800s, she says. Antiperspirants, which reduce sweat, followed in the early 1900s, Casteel says, noting that early versions were so strong and acidic that they would burn through clothing and cause dermatitis, which is irritation of the skin.

Despite this, many women still preferred having destroyed clothes over body odor, Casteel says. To them, she says, the acidic burn signified that the product was working. Manufacturers solved the problem by buffering the active ingredient, which is acidic, in order to make it safer.

The advancement helped pave the way for widespread use. Recent studies suggest up to 90% of Americans use deodorant or antiperspirant every day, a number that is only second in personal hygiene habits to teeth brushing.

“Purchasing and consuming deodorant became more about projecting an image and a lifestyle than simply quelling body odor,” Casteel wrote in an explanation of her dissertation research on the topic.

She is also interested in the association between gender and how deodorants smell, and notes that personal care products help to both construct and reinforce existing ideas about gender.

“We see women’s fragrances are flowers and baby powder and men’s spice and musk. Even the names are hyper-gendered: ‘powder fresh,’ ‘relaxing lavender’ for women. And the men’s are more gendered in name: ‘swagger,’ ‘mountain peak,’ ‘wilderness,’ ‘night panther,'” Casteel says.

“Mostly, I am interested in this because I am interested in the ways that we, as a society, categorize and sort each other and also how we sort ourselves,” she adds. “We do not need different deodorants for men and women, but we have them because deodorant is, to many, more than a commodity we consume, but part of the way we identify. Wearing a deodorant fragrance is part of an olfactory identity. Like the way that we use clothing to tell the world who we are, deodorant does that too—just not visually.”

Oftentimes, she has to be creative, scouring old advertisements, marketing publications, trade journals and business ledgers, which are records that keep track of transactions.

Reading through these sources is a slow process because of the amount of content they contain, she says. It is also important to sift through what is and isn’t relevant, as well as rereading to make sure everything was read carefully, she adds.

Casteel revisits certain sources to reanalyze and cross-reference the facts she has. One of her favorite topics is the changes in the application of deodorant. With some of the earliest versions, deodorant was applied with cotton swabs or a person’s fingers.

To eliminate having to touch the deodorant directly, roll-ons, sticks and sprays were produced. But around the 1970s, the use of aerosol deodorants decreased because of the increasing consciousness about protecting the Earth.

While building this body of research, Casteel decided to write a book that highlights the story of deodorant. The book, which is in its early stages, will detail the history as well as how applications have changed throughout time.

Coincidentally, when Casteel was working on her dissertation, she lived two blocks away from the building where commercial deodorant was invented in Philadelphia. And now she loves doing research involving this same hygiene item.

Provided by
University at Buffalo

Gotham Knights Shows Off More Of Nightwing In Latest Trailer

BTC Worth $2 Billion Moved by Binance Into Unknown…

Long-standing genomic mystery about the origins of…

With ‘The Fabelmans,’ Steven Spielberg Opens His…