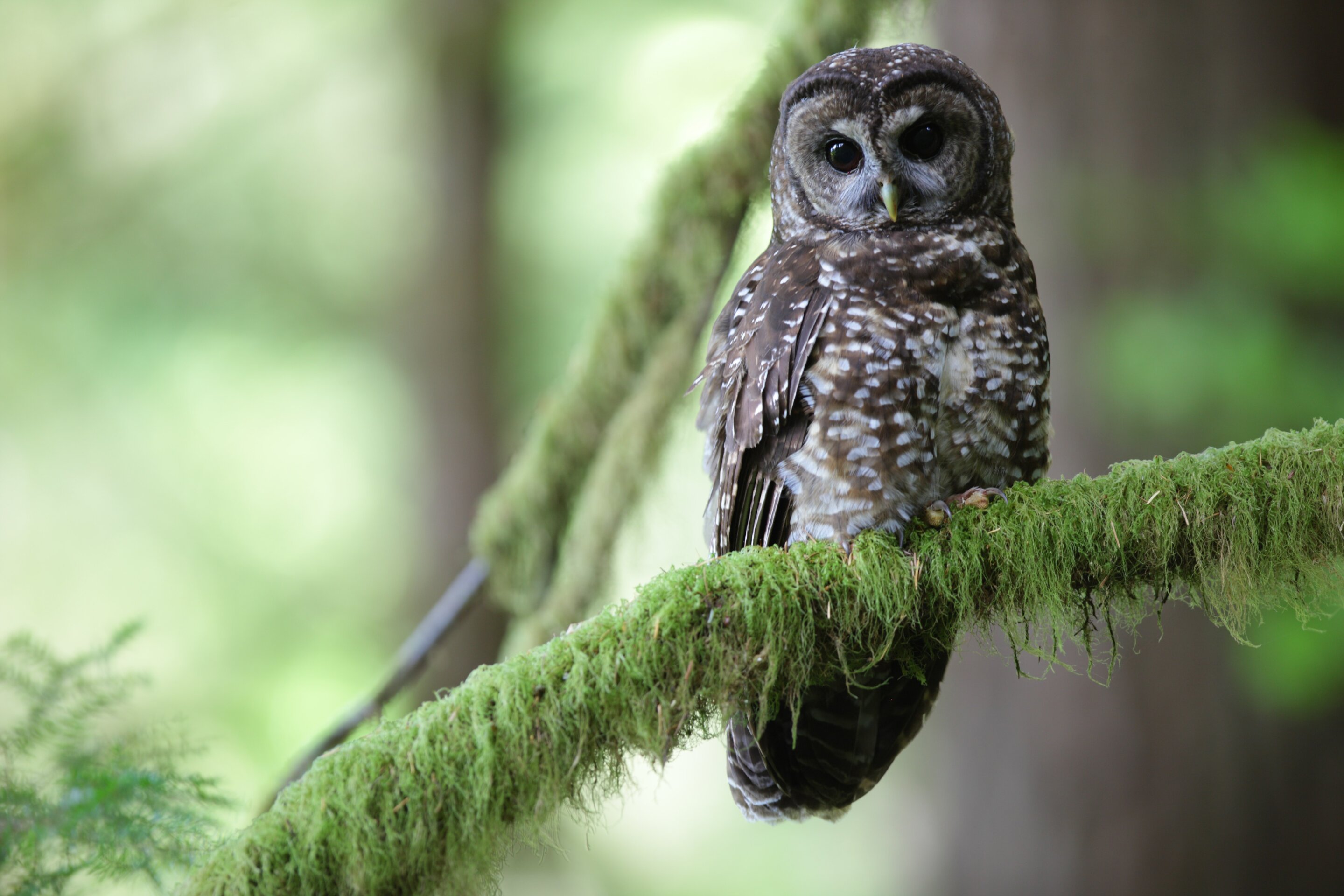 A 17-year study in Oregon, Washington and California found that removal of invasive barred owls arrested the population decline of the northern spotted owl, a native species threatened by invading barred owls and the loss of old-forest habitats.

The conservation and management of northern spotted owls became one of the largest and most visible wildlife conservation issues in United States history after the U.S. Fish and Wildlife Service listed the spotted owl as threatened under the Endangered Species Act in 1990 because of rapid declines in the owl’s old-forest habitats. Four years later, the Northwest Forest Plan was adopted and reduced the rate of logging of old-growth forests on federal lands.

Despite more than 30 years of protection, spotted owl populations have continued to decline, with steepest declines observed in the past 10 years. Long-term monitoring of spotted owl populations across the species’ range identified rapid increases in the population of invasive barred owls as a primary reason for those declines, the researchers said.

The study published this week in PNAS by scientists at the U.S. Geological Survey, Oregon State University, and several other entities is the first to look at the wide-scale impact of barred owls on populations of spotted owls in the Pacific Northwest.

The findings in the new paper inform future management decisions about the spotted owl population.

“This study is a promising example of successful removal and suppression of an invasive and increasingly abundant competitor, with a positive demographic response from a threatened native species,” said David Wiens, the lead author of the paper who is a wildlife biologist with the USGS Forest and Rangeland Ecosystem Science Center in Corvallis and a courtesy faculty member with Oregon State’s Department of Fisheries, Wildlife, and Conservation Sciences.

As a species native to eastern North America, barred owls began expanding their populations westward in the early 1900s. The newly extended range now completely overlaps that of the northern spotted owl.

While barred owls look similar to spotted owls, they are larger, have a stronger ecological impact and outcompete spotted owls for habitat and food. This competition exacerbated spotted owl population declines, which were historically triggered by loss of old-forest habitat.

Mounting concerns about the threat of barred owls prompted a barred owl removal pilot project from 2009 to 2013 in California that concluded removal of barred owls, coupled with conservation of old forest, could slow or reverse population declines of spotted owls.

The research outlined in the PNAS paper expanded the pilot project to cover a much wider geographic range and a longer time period. The new research showed that barred owl removal had a strong, positive effect on survival and population trends of spotted owls that was consistent across all five study areas.

The conservation and restoration of old forests, which has been a chief focus of recovery strategies for the northern spotted owl, is a major source of controversy in the Pacific Northwest. The barred owl invasion has exacerbated this issue, placing an even higher premium on remaining old conifer forests.

“While suppression of barred owls can be difficult, costly, and ethically challenging, improvements in vital rates and population trends of spotted owls, and perhaps other threatened wildlife, can be expected when densities of barred owls are reduced from current levels,” the researchers write in the paper. “Alien predators are considered to be more harmful to prey populations than native predators, and the dynamic interactions between invasive and native predators can lead to profound changes in ecosystems, often with considerable conservation and economic impacts.”

Can Future Epidemics Be Predicted?