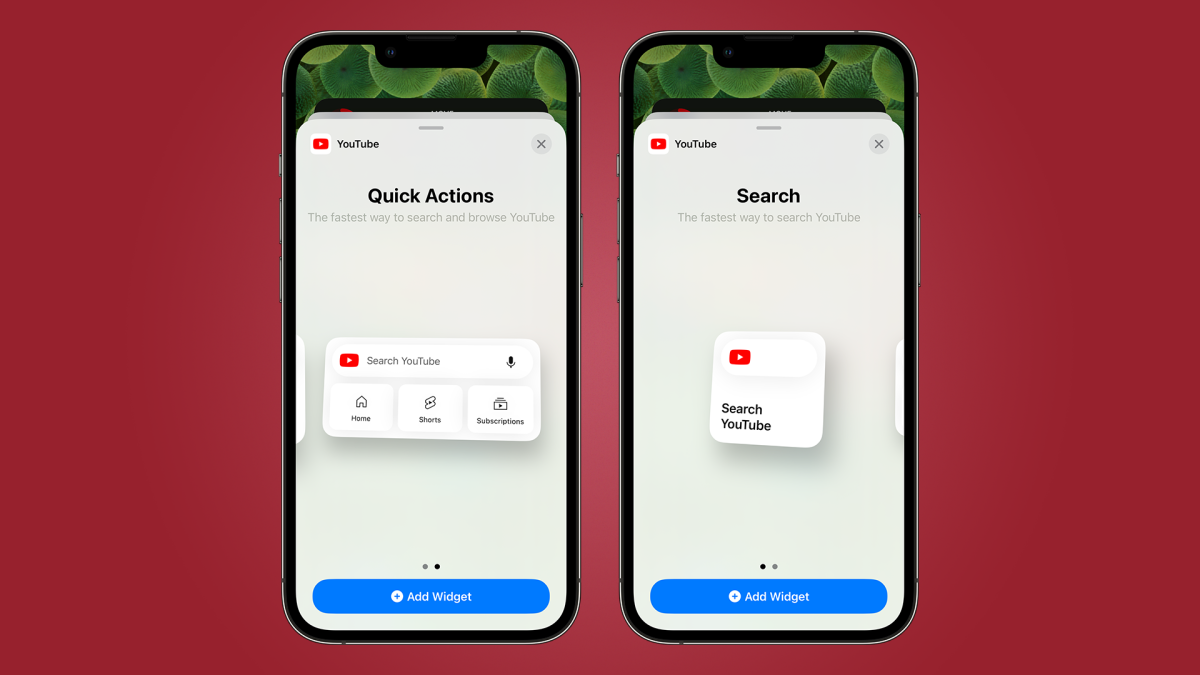 While widgets were introduced in iOS 14 and iPadOS 15, apps such as YouTube have been slow to keep up with implementing these, but a recent update has finally resolved that.

Google released an update that enables two widgets – one that allows you to open the search bar on YouTube, and another which lets you go directly to your subscribed channels and more.

The bigger widget is something that I’ve been wanting to see from YouTube since widgets arrived on iOS back in 2020, especially as it’s an app that I use daily on my iPhone and moreso on iPad.

Thanks to this update, the ability to get to my lunchtime content has already become quicker and easier to reach.

Cutting down on the presses

I’m subscribed to a bunch of YouTube channels, whether that’s a channel about a certain series (opens in new tab) or a compilation channel (opens in new tab) to watch as I eat my lunch. Yet I’ve always had to go find the YouTube app on my home screen, go to my Subscriptions, then view the video.

I’ve always seen widgets as shortcuts – as a way of more easily reaching parts of an app in two taps or less, and always believed that YouTube was a perfect fit for this. Yet Google has always been slower than others to keep up with new features of iOS – after all, it does have its own mobile operating system to update and maintain.

However, when the company does release updates based on new features, it usually nails the brief, such as the lock screen widgets it brought out in September.

The same applies here – having placed the bigger widget on both my iPhone and iPad’s home screen makes the lunch tradition much easier now – the only thing I’d like to see now is a lock screen widget to do the same, but as that saying (almost) goes, good widgets come to those who wait.