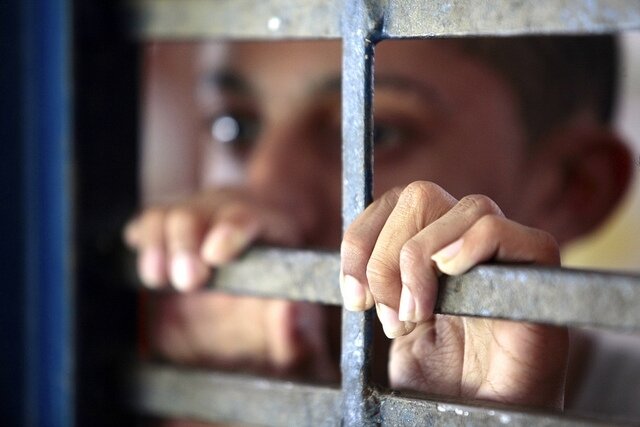 A significant reduction in childhood poverty could cut criminal convictions by almost a quarter, according to a study conducted in Brazil. An article on the study is published in Scientific Reports. The researchers used an innovative approach involving an analysis of 22 risk factors that affect human development and interviews with 1,905 children at two points—a first interview to form a baseline (mean age 10.3) and a follow-up interview seven years later (mean age 17.8).

The scientists concluded that poverty—measured broadly as a combination of little schooling for the head of household, low purchasing power and limited access to basic services—was the only crime-related factor that could be prevented. They used estimates of the population-attributable risk fraction (PARF) to predict the possible reduction in criminal convictions assuming successful early anti-poverty intervention in the lives of the children.

In a scenario without poverty, 22.5% of criminal convictions involving these young people could have been prevented. On the other hand, factors such as unplanned pregnancy, prematurity, breastfeeding and prenatal maternal smoking or drinking showed no correlation with future criminal convictions.

“A holistic view of young people who commit crimes is necessary in order to understand the circumstances that lead to this situation and a range of preventable factors need to be considered,” said Carolina Ziebold, a researcher in the Department of Psychiatry at the Federal University of São Paulo’s Medical School (EPM-UNIFESP) and first author of the article.

For Ary Gadelha, last author of the article, the use of a complex measure of poverty including many more factors than household income is a groundbreaking aspect of the study. Gadelha is a professor of psychiatry at EPM-UNIFESP and was Ziebold’s thesis advisor.

“The study took into account housing conditions and access to public services such as healthcare or sanitation, for example, in order to understand poverty more comprehensively. This led us to advocate broader solutions than merely improving income. The many adversities faced by these children become difficulties in adulthood, such as low educational attainment and unemployment, among others,” Gadelha told Agência FAPESP.

In this case, they add, the analysis encompassed “multiple modifiable perinatal, individual, family and school-related exposures associated with youth criminal conviction to identify new potential targets for the prevention of this complex phenomenon.” Moreover, they argue, “when a significant risk factor [such as poverty] is identified, the magnitude of its effect on criminal conviction should be explained to inform and guide public measures for crime prevention.”

Another study led by Ziebold involving the same cohort and published in December 2021 had already found correlations between childhood poverty and a heightened propensity to develop externalizing disorders during adolescence and early adulthood, especially among girls. The researchers concluded that multidimensional poverty and exposure to stressful life events, including frequent deaths and family conflicts, were avoidable risk factors that should be addressed in childhood in order to reduce the impact of mental health problems in adult life.

In the recent Scientific Reports article, the researchers stress that although baseline poverty was the only modifiable risk factor significantly associated with crime as far as the children in the study sample were concerned, most of them (89%) did not have any criminal convictions.

“We wanted to avoid criminalizing poverty and show that it’s a complex phenomenon. Exposure to this situation during a life can lead to social tragedy. Crime is a social question, and punishment alone may not be appropriate in the case of young people. It would be more useful to create real opportunities for rehabilitation—life opportunities,” Gadelha said.

Only a small proportion (4.3%) of the 1,905 participants interviewed reported any history of criminal convictions, mainly involving theft, violent robbery, drug dealing and other violent crimes, including a homicide and an attempted homicide.

The participants were from the Brazilian High-Risk Cohort Study for Psychiatric Disorders (BHRC), a major community-based survey involving 2,511 families with children aged 6-10 when it began in 2010. They were all students at public schools in two large Brazilian state capitals, São Paulo and Porto Alegre (Rio Grande do Sul). Three follow-up surveys have been completed so far, the last in 2018-19. A fourth has begun this year and is scheduled for completion in 2024.

Considered one of the most ambitious childhood mental health surveys ever conducted in Brazil, the BHRC, also known as Project Connection—Minds of the Future, is led by the National Institute of Developmental Psychiatry (INPD). More than 20 universities in Brazil and elsewhere are involved in INPD’s activities. Its principal investigator is Eurípedes Constantino Miguel Filho, a professor in the Department of Psychiatry at the University of São Paulo’s Medical School (FM-USP).

Furthermore, according to Getúlio Vargas Foundation’s Center for Research on Social Policies (FGV Social), food insecurity reached a record level in Brazil at the end of 2021, surpassing the global average and affecting mainly women, poor families and people aged 30-49. The proportion of the overall population suffering from food security reached 36%, compared with 17% in 2014. The global average for 2021 was 35%.

“We know people have yet to feel the full economic impact of the pandemic, including food insecurity and lack of access to schooling. The consequences of children’s exposure will become clear in the future,” Ziebold said, adding that more research is needed to understand how the vulnerabilities of the places where children live can influence juvenile crime rates. “This type of factor has been observed in research conducted in other countries, such as the United States, where young people are more likely to commit crimes if they live in areas without infrastructure or with gangs. This is a topic for further research.”

About 46,000 young people in conflict with the law were processed in 2019 by SINASE, Brazil’s special justice system for juvenile offenders.