Recasting The Godfather With Characters From The Office 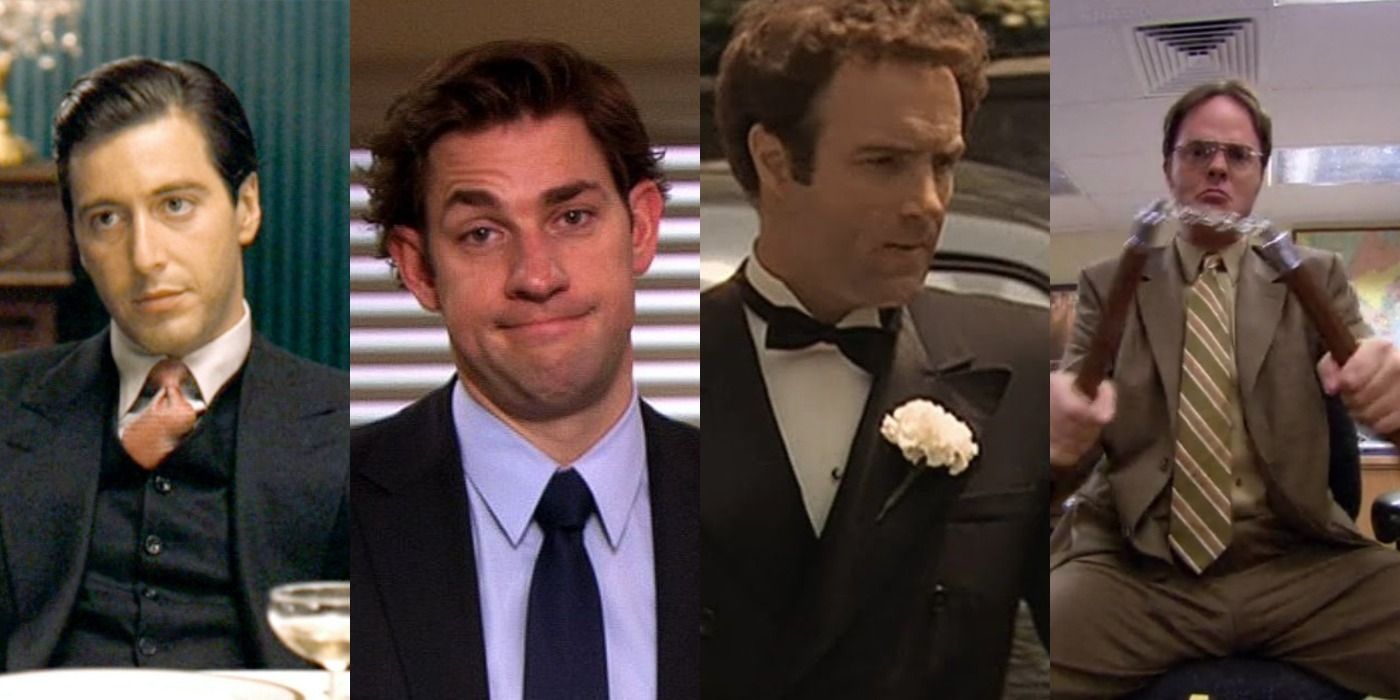 There are a surprising amount of similarities between the violent gangster movie classic The Godfather and the hit NBC sitcom The Office. Both heavily feature immoral and sketchy work ethics, are based around a so-called family, and there’s even murder in the sitcom.

RELATED: The Godfather Part III – 10 Ways It’s Not As Bad As Fans Think

The characters in The Office are arguably even more sociopathic than those in the 1972 classic at times. Since there are a lot of parallels between the characters in the movie and TV show, recasting The Godfather with characters from The Office would make for an entertaining but not all that different movie.

Ryan could play Fredo brilliantly because the two characters suffer from the same thing. They both seek too much pleasure, which is usually the catalyst for everything that goes wrong for them. When Ryan was put in charge of Dunder Mifflin, he ran it into the ground, and that’s exactly what Fredo did when he was put in charge of the smallest part of the family business.

Even afterward, Ryan ruined everything he put his hands on, and just like Fredo, he has severe relationship issues with Kelly. Fredo was sent to Las Vegas to stay out of trouble, and Ryan was literally put in a closet by Jim where he was left to his own devices, which was essentially his Vegas. Ryan is the saddest character in The Office, just like Fredo is in The Godfather.

Charles Miner is essentially an exaggerated version of Idris Elba’s Stringer from The Wire, a character who has both a strong education and is street smart. With either character, people wouldn’t dare cross them. Miner thinks tactically most of the time but often loses his cool, and just like Sollozzo, the character is well-built too.

One of the greatest things about The Godfather and why it’s considered such a classic today is because even the most minor characters are three-dimensional. Johnny Fontane isn’t seen in the movie after the wedding, but in those few minutes screen, he shows a lot of different personality traits and emotions.

RELATED: 5 Things The Godfather Part II Does Better Than The Original (& 5 Ways The First Movie Is Better)

The singer comes off as confident on stage, angry that his spotlight is being stripped away from him, and then cries profusely in front of Vito. The role sounds a lot like Andy, as The Office character is confident when he shouldn’t be and is overly emotional. On top of that, Andy considers himself a performer too and will jump at any opportunity to show off his skills.

There’s no more perfect casting choice for Luca Brasi than Kevin Malone. The accountant is a bag of nerves whenever he’s not in his comfort zone, and it’s no secret that he isn’t the smartest character on the show. The profile fits Brasi in every way.

Though the assassin was a terrifying and brooding employee of Vito’s that nobody dared to cross in the novel, he was portrayed as a bumbling, stuttering buffoon in the movie. On top of that, the two have the same build, and Kevin totally looks like someone who could be the muscle of a mob but still remain timid.

Like Moe Green, Gabe is so out of his element all of the time and what little power he has goes to his head. Both characters have attempted to muscle their way up the ranks, and they have taken advantage of others in their syndicates who are below them. The Dunder-Mifflin character always overestimates his own authority, and it’s one of the things that make no sense about Gabe.

Gabe might not have the intimidation tactics that Moe uses so well, but he does have the towering height and the delusion that he’s more powerful than he actually is. The only thing Gabe would have to do is pack on a few pounds of muscle.

When it comes to Kay, a sensible and down-to-Earth teacher who protestingly becomes a mob wife, there aren’t many options when it comes to The Office characters to replace Diane Keaton.

It’d hardly be Meredith, who neglects her child, and it wouldn’t be Angela, who encourages Dwight to commit crimes. The only option is Pam, the most straight-and-narrow character on the show. Pam rarely ever steps foot out of line, and when she sees somebody who does, she does everything she can to help them.

Dwight doesn’t have the same build as Sonny, and he certainly doesn’t have the distinct swagger that Sonny has either. However, they have more similarities than meets the eye, as Dwight could portray Sonny’s short temper better than anyone else.

Sonny mostly acts on instinct, especially when he’s defending someone, and that’s much like when Dwight sprayed pepper spray in Roy’s eyes to protect Jim. Sonny is also known to get creative when he’s in fights, such as when he used a trash can lid to beat down Carlo, and Dwight couldn’t possibly enjoy anything more. But more than anything, it’d be fun to see Dwight busting heads whilst wearing suspenders and reciting lines like, “badabing!”

Tom Hagen is Vito’s consigliere in the first two movies, and he’s always the smartest person in the room, just like Oscar Martinez, who should have been manager of the office. There was only one time when The Office character was ever outsmarted, which was when he and Michael debated China, but even then, Oscar was gaslighted by the other employees.

Nobody in The Office could sensibly negotiate with other mob bosses, Hollywood movie directors, et al, like Oscar could. And more than anything, Tom Hagen is the only character who is known to let his guard down and show fear, such as when he’s kidnapped by Sollozzo. Oscar could portray the weaker side of Tom too, as he has been known to let his guard down quite often in the NBC comedy.

Jim might be the obvious choice for Michael, but it’s the right choice. At the beginning of The Godfather, Michael was a war hero and seemed like a reliable and upstanding citizen, it was only after killing Sollozzo and McClusky when he became corrupt. Just like Michael was at the beginning, Jim is the most down-to-earth and the most relatable, and he’s the guy in the office that everyone relies on when things get out of hand.

But like Michael’s transformation to the head of the family, Redditors think Jim was actually the villain of the show. There are times when being the most authoritative and powerful went to Jim’s head. Times when he was co-manager and when he found success in Athlead led him to make the wrong and rash decisions.

It isn’t just because Creed is the most senior employee of Dunder Mifflin that he’s the perfect choice for Vito, but because he has such a rich history that’s full of violence and drama. He has been a cult leader and follower, has several different identities, done jail time, and it’s insinuated that he murdered somebody. Creed shows major signs of a sociopath, just like Vito.

Audiences saw Creed in a position of authority once, when he was acting manager for one day when the search committee was looking for a replacement for Deangelo. In that one day, he attempted to start up his own paper company and “poach a few chumps,” and if that doesn’t sound like the actions of Vito Corleone then nothing does.

NEXT: The Godfather – Every Major Character Death, Ranked From Least To Most Tragic


Next
MCU: 6 Top Moments In Black Widow That Stood Out On First Viewing

Become a true impostor with an official Among Us costume