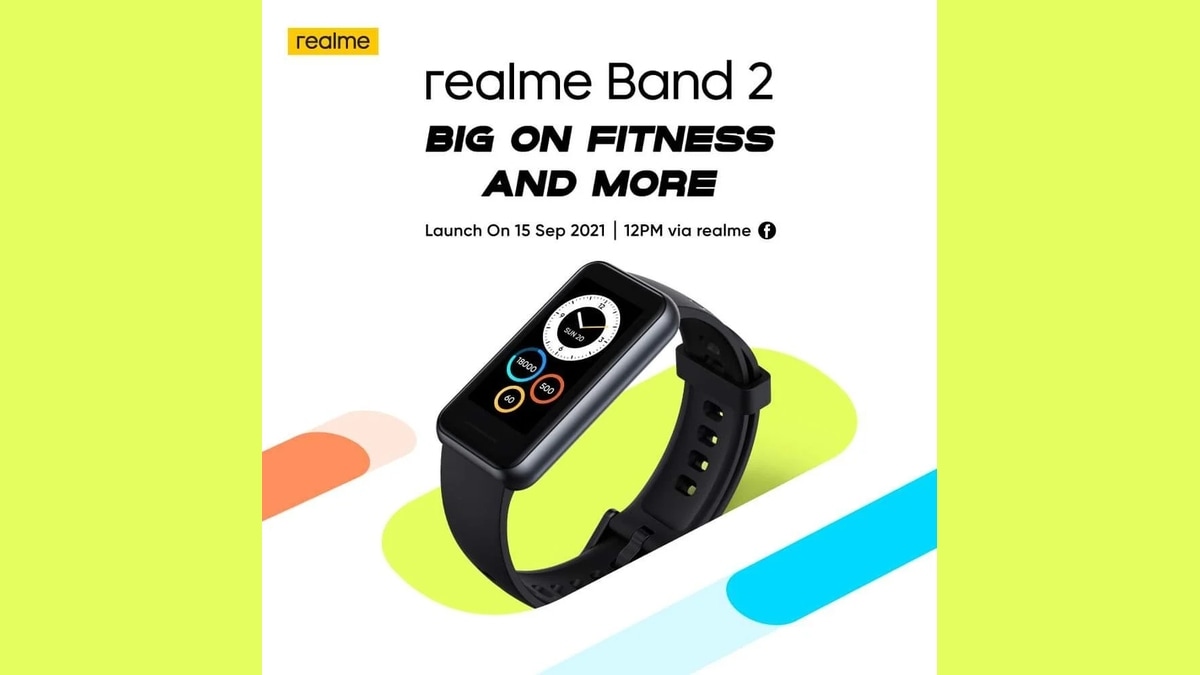 The official poster for the launch of Realme Band 2 in Malaysia was spotted by Gizmochina. The poster mentions that the Realme wearable will launch on September 15, 2021, at 12pm MYT (9:30am IST). The launch event will take place via Realme’s Facebook page in Malaysia.

The poster also shows the design of the upcoming fitness band. Realme Band 2 is shown with a touchscreen colour display in a rectangular housing. The display is shown sans buttons at the bottom or the right side of the wearable. It is not yet confirmed if Realme Band 2 will get a navigation button on the left side (not visible on poster).

As mentioned, the design also seems extremely familiar to the design seen on Huawei Watch Fit. Realme Band 2’s design also has similarities to Honor Watch ES and Honor Band 6. The main differentiator for Realme Band 6 in comparison to the rest is the lack of a navigation button on the right side of the wearable.

As per Gizmochina, the display on the Realme Band 2 is bigger compared to its predecessor. Realme Band 2 could come with a 1.4-inch touchscreen colour display, that is quite bigger than Realme Band’s 0.96-inch display.

Realme Band 2 may also come with blood oxygen saturation (SpO2) tracking, 9 activity modes, among other such fitness tracking features. It is also likely to come with a bigger battery, owing to the bigger screen.

There is no information when Realme Band 2 will launch in other regions. However, the fitness band was recently spotted on the Bureau of Indian Standards (BIS) website, suggesting that it may launch in India soon.

Denial of responsibility! TechCodex is an automatic aggregator of the all world’s media. In each content, the hyperlink to the primary source is specified. All trademarks belong to their rightful owners, all materials to their authors. If you are the owner of the content and do not want us to publish your materials, please contact us by email – [email protected]. The content will be deleted within 24 hours.
realme band 2realme band 2 launch september 15 malaysia facebook specifications features realmerealme band 2 specifications
0
Share

Which Harry Potter Actors Have Died?

The best Fitbit bands for all models: A buyer’s guide

Horror Fans Are Discussing One Of The Most…