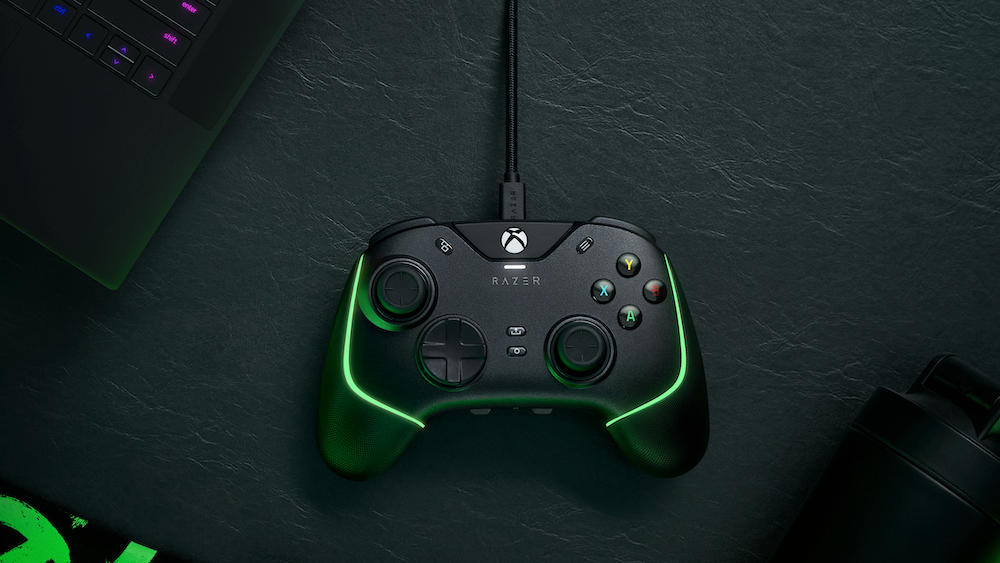 The Wolverine V2 Chroma has an L-shaped fulcrum design that makes it more natural to hold than previous Wolverine controllers. The front and back of the handles feature a textured rubber grip. Overall, this shape makes it feel a tad more comfortable than the conventional Xbox controller shape, especially when it comes to accessing the additional triggers and bumpers.

While the Elite Series 2 and Scuff Instinct Pro each have four back paddles, the Wolverine V2 Chroma has four in addition to a pair of extra bumpers next to the triggers on top. Razer also retooled the design of the back panel triggers, placing them in the center of the controller in an ideal position for your middle fingers to access. These aren’t traditional paddles; they are built-in buttons that have the same great feel as the standard triggers.

Razer created a dedicated app for the Wolverine V2 Chroma that can be downloaded from the Microsoft Store on Xbox and PC. The app allows you to remap inputs and save profiles.

Equipped with Mecha-Tactile face buttons and D-pad, the Wolverine V2 Chroma is comparable to clicking a mouse. The Mecha-Tactile buttons have quicker actuation than standard console controllers, which make the V2 Chroma a more suitable option for competitive gaming.

The Wolverine V2 Chroma also has trigger stop switches to reduce the length of RT and LT pulls. While the controller comes fitted with thumbsticks that resemble the Xbox Wireless Controller, you can swap them out with the included dome-shaped and taller sticks. The controller has all of the other menu buttons you’d find on official first-party controllers, including the new Share button.

I’ve been using the Wolverine V2 Chroma for the past few days and have come away mightily impressed. If it were wireless, it would likely become my main Xbox controller. Once again, this Wolverine controller is wired, though it does connect via a detachable (and appropriately lengthy) USB-C cable. Razer told me it chose to go with a wired design for competitive performance (response times). That said, the option to use this controller wirelessly would be nice for those who aren’t concerned (or wouldn’t even notice) the response time differences.

If you’re looking for a new Xbox gamepad and play a lot of competitive multiplayer, the Wolverine V2 Chroma is an excellent option and will soon join our list of the best Xbox Series X controllers. It’s also the ideal choice for those who are used to gaming on PC. It bridges the gap between mouse and keyboard gaming and controller gaming better than any other gamepad out there.

Xbox Game Pass Is Getting a Ton of Indies in September