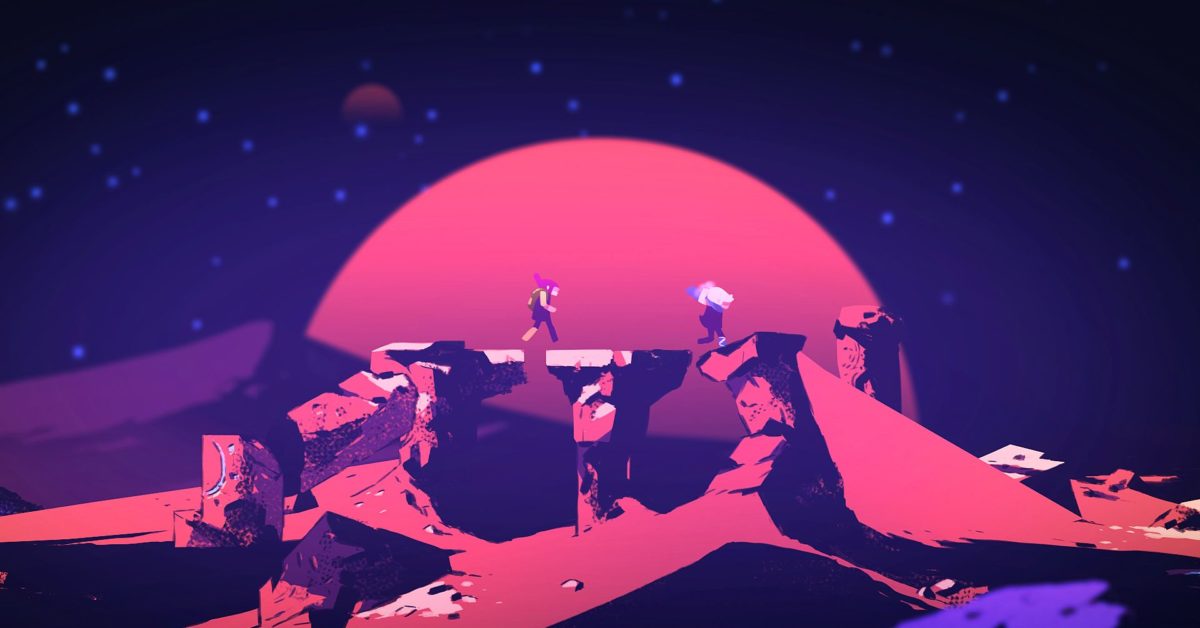 Ratalaika Games announced they will be releasing their new adventure title Voyage for all three major consoles on August 12th, 2022. We haven’t seen a lot from this game since it was first announced, but it sure does look pretty with some amazing backdrops and level design, as you have what they’re calling a casual side-scrolling adventure. You can read up on it below and check out the latest trailer before it drops next Friday.

Billed as a side-scrolling casual adventure, Voyage offers much more with its aesthetics and ongoing changing settings, following two survivors who find themselves on an unknown planet. Their travels, whether you decide to play by yourself or cooperatively,  will consist of many obstacles that halt and hinder their ability to progress forward. Throughout their journey they will unravel a mystery of the past and there are three stories being told simultaneously in Voyage.  The “gameplay” (the actual journey), the “statue scenes” (which are big sisters’ personal memories), and lastly, “murals” (which tell the story of the planet and the people who lived there).

When playing Voyage in single-player mode, as opposed to two player cooperatively, one of the two protagonists in the game acts as an AI companion as if you were to play the game with a friend. You can choose which of the characters to control at any given time, interact with objects and climb together, tell each other to follow or stay put, point and even hug. Many of the objectives throughout the journey of Voyage require cooperation between two characters; for example pushing pillars, moving objects and helping each other while climbing. In addition to this, the actual shared exploration of the game does also play a part in the narrative itself. Whether you decide to play by yourself or cooperatively, the journey will revolve around two survivors in  their search for answers and unravel a mystery and find a way home together.