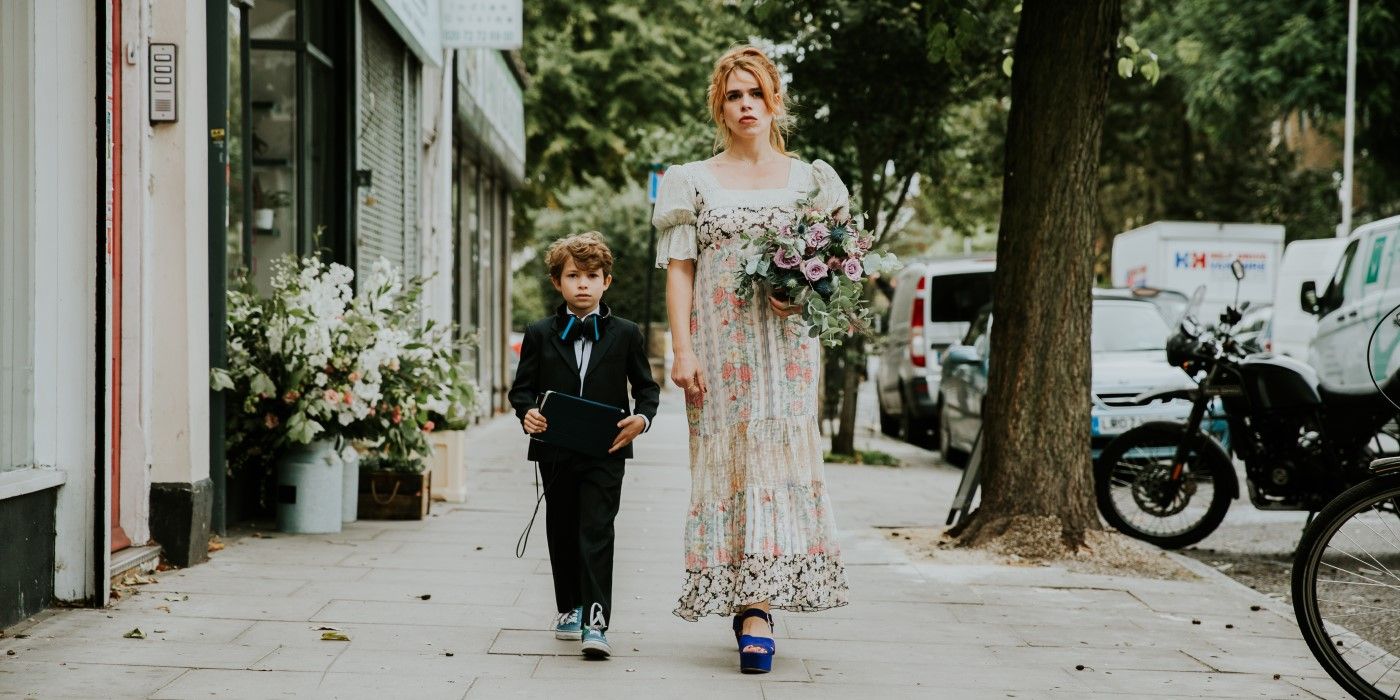 Billie Piper has had one of the most fascinating career trajectories out there and now she’s making her directorial debut with Rare Beasts! The trailer shows Mandy struggling with her life as a mother, career-woman, and significant other and looks amazing. Starring Piper, Leo Bill, Kerry Fox, Toby Woolf, David Thewlis, and Lily James, the film is a rare look at the modern woman and the idea of modern feminism in relation to love, motherhood, and more.

Produced by Vaughan Sivell, the film is written and directed by Piper and is set to be released in select theaters and On-Demand on August 20.

Mandy (Piper) is a nihilistic young writer and mother who is confronted with a misogynistic workplace as she’s falling in love with a man named Pete (Bill). Pete is “a traditionalist searching for ‘restored’ male identity” and while a lot of that can feel overwhelming, especially if you’re a modern woman, having someone like Piper telling this story is promising. Her show I Hate Suzie was a raw look at fame and acceptance and her post-Doctor Who and Secret Diary of a Call Girl career has been more about bringing honesty to her characters in relationship to public perception and it’s fascinating to watch. Rare Beasts seems perfectly in line with that!

RELATED: How Billie Piper Is Taking Control of Her (Very Relatable) Story with HBO Max’s ‘I Hate Suzie’

If you don’t know Piper from bringing Rose Tyler to life on Doctor Who, you might know her from her pop career prior to traveling all of time and space with the Doctor. It’s something that Piper herself pokes fun at with I Hate Suzie and getting to see her tackle these modern women in new and exciting ways is fascinating. Especially for those of us who do remember her pop and Doctor Who days.

Rare Beasts feels like an extension of the commentary on love that we got with Phoebe Waller-Bridge‘s Fleabag and this new trend of brutal honestly in our storytelling is honestly good. Writers and creatives like Piper are important, especially in their honesty and Rare Beasts looks like a thrilling adventure into love, success, and motherhood that is going to be amazing to watch. The film is in select theaters and available on-demand on August 20.

Here is the synopsis for Rare Beasts:

The 7 Best New Movies on Paramount+ in July

‘A Quiet Place 2’ is already available to stream at home!