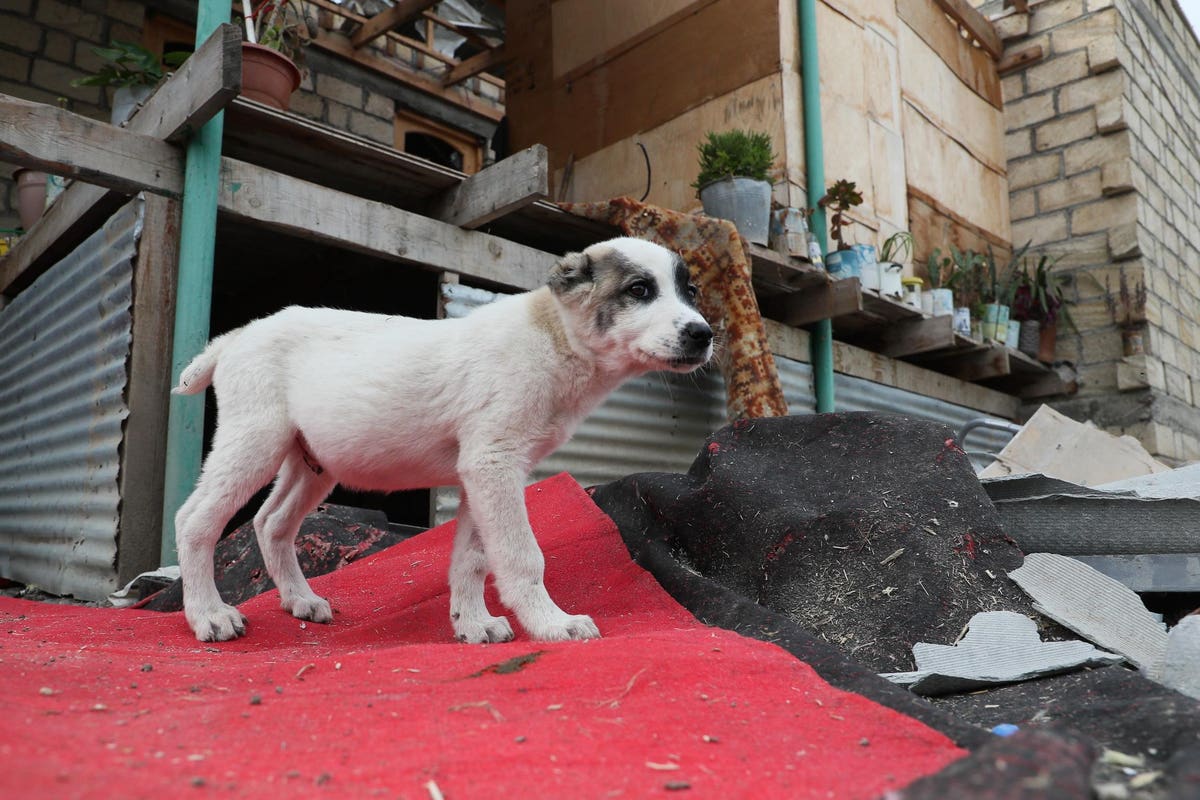 Who let the dog in?

Since dog rabies has essentially been eliminated from the U.S. since 2007, it’s been really important to keep out of the U.S. any dogs who may be carrying the dog rabies virus. It only takes one dog biting, licking, and doing unspeakable things to other animals to re-introduce this nasty version of the virus back in the country. And no one wants this bad news virus back in the U.S., except for maybe the virus. That’s why every case of a rabid dog has to be taken super-seriously.

Since 2015, only three rabid dogs had made it into the U.S. before this month. Now there have been four. At least four, that is.

On June 10, a shipment of 34 animals, including 33 dogs and one cat, came from Azerbaijan to O’Hare International Airport in Chicago. One of those dogs eventually made it to a family in Chester County, Pennsylvania. This new addition to the household, though, soon went poorly. The dog began exhibiting strange behaviors and subsequently tested positive for rabies. As I covered for Forbes just four days ago, the dog rabies virus attacks the brain and central nervous system. This can lead to symptoms like fever, difficulty swallowing, over-sensitivity to light, restlessness, irritability, and “foaming of the mouth.” Eventually, seizures and paralysis can occur. As rabies is essentially 100% fatal once symptoms emerge, all of this unfortunately led to the dog being euthanized.

When it’s a case of dog rabies, you’ve got to make a federal case out of it, so to speak, for the reasons mentioned earlier. That’s why federal officials are working with health officials in Pennsylvania, Illinois, Indiana, New Jersey, and New York, the states that may have been affected by the June 10 shipment from Azerbaijan. They are trying to identify anyone or any animal who may have come into contact with the dog carrying rabies. So far, it appears that at least 12 people have been exposed.

Azerbaijan is one of the 113 countries considered at high risk for dog rabies by the Centers for Disease Control and Prevention (CDC). Normally, dogs must have proof of being vaccinated against rabies before being allowed into the country. Of course, dogs themselves don’t tend to carry wallets with rabies vaccination certificates or have smartphone apps that can provide documentation. After all, dogs typically do not wear pants with pockets or fanny packs. Thus, usually it’s up to humans to maintain and provide rabies vaccination certificates for the dogs.

That’s why health officials often must hold imported dogs at points of entry to double-check their paperwork and health status. But that requires time, effort, and resources, things that the CDC and other health officials have been short on since the Covid-19 pandemic started. The CDC doesn’t have the time and resources to deal with people lying about dog vaccination when they are dealing with things such as people lying about human vaccination. As a result, the CDC recently announced that as of July 14 they will be temporarily banning the importation of dogs from 113 countries that are at high risk for dog rabies, as I covered for Forbes just four days ago.

The CDC will have to be, ahem, dogmatic about making sure that any dog who enters the U.S. has already received the rabies vaccine and isn’t carrying the rabies virus. The vaccine is close to 100% effective at preventing rabies infections in dogs. Of course, nothing is perfect in life, except for perhaps avocado toast. So if your dog is vaccinated then he or she is well-protected. The trouble is any mammal can get rabies. Mammals are basically any warm-blooded animal with fur. This includes humans, no matter how much you may wax yourself. Therefore, it is very easy for rabies to start spreading again in the U.S., which would be threat not only to other animals but potentially you as well.

Denial of responsibility! TechCodex is an automatic aggregator of the all world’s media. In each content, the hyperlink to the primary source is specified. All trademarks belong to their rightful owners, all materials to their authors. If you are the owner of the content and do not want us to publish your materials, please contact us by email – admin@techcodex.com. The content will be deleted within 24 hours.
AzerbaijanCDCChester Countydog importationdog rabies virusfraudulent rabies vaccination certificatemulti-state investigationPennsylvania
0
Share

Where to Find Satellite Stations in Fortnite Season 7