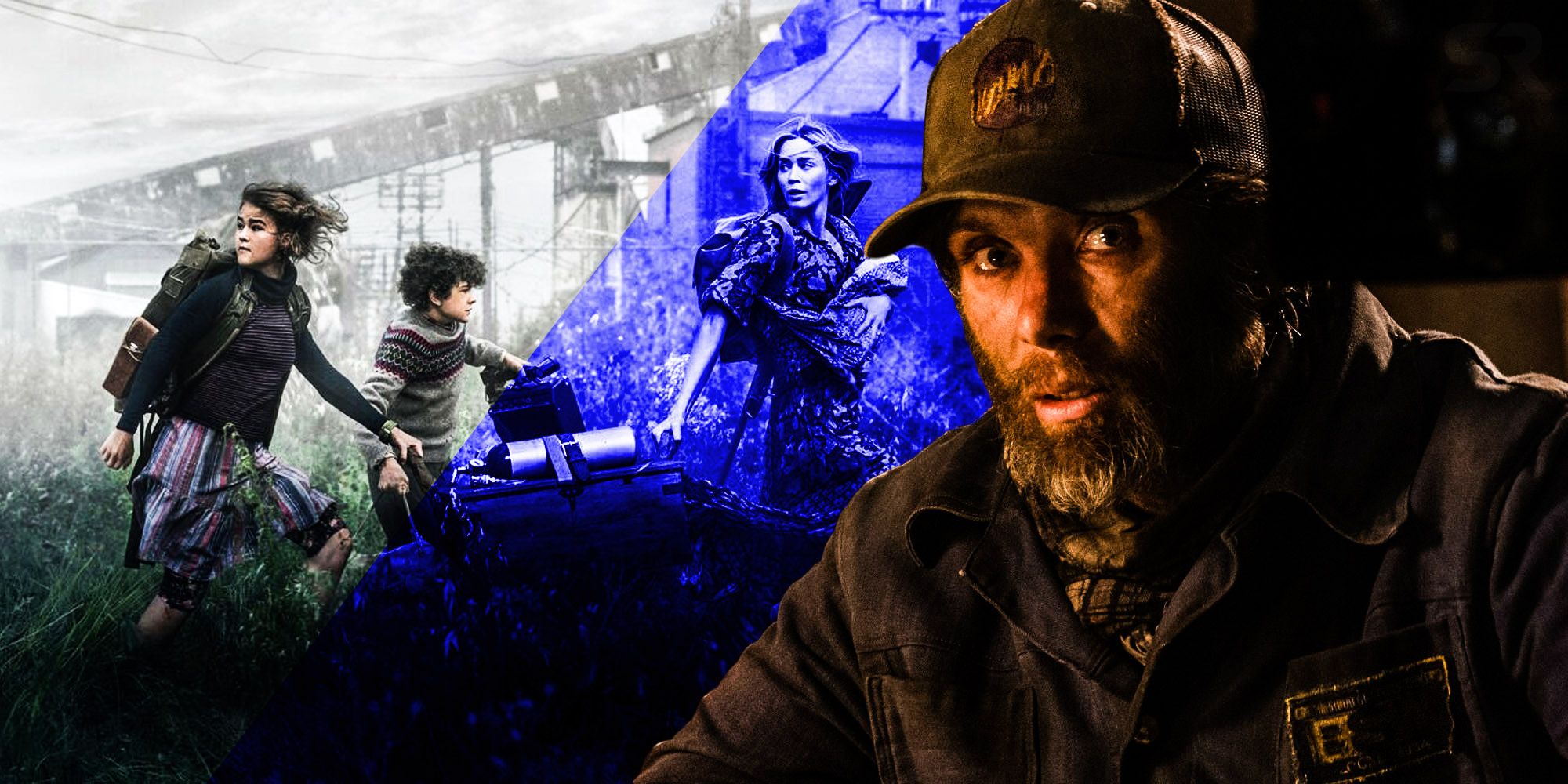 By following the natural progression from A Quiet Place to Part II, Part 3 will have to show how the rest of the world handled the apocalypse.

With the way John Krasinski wrapped up A Quiet Place Part II, the Abbott family will have to expand their struggle to other parts of the world for A Quiet Place 3. The post-apocalyptic horror franchise has been hailed for its immersive and intimate approach, but if it’s to keep breaking new ground in future entries, then the third film must brave uncharted narrative territory in examining how other parts of the world handled the arrival of the aliens. Such an expanded approach is the next logical step in a progression that has been set up across two movies, but the filmmakers must proceed with caution as they increase their scope lest they betray the approach that has yielded such success thus far.

A Quiet Place introduced audiences to the Abbott family and their silent way of life, in a world ravaged by seemingly indestructible monsters who attack any living thing that makes a sound. In the end, Regan (Millicent Simmonds) discovers a way to kill them, creating the driving goal of the sequel: transmitting that information to any survivors by radio signal. A Quiet Place 2 shows how the Abbotts survived the initial arrival of the alien creatures in the intense opening sequence, while also continuing the quest to disseminate their solution (and somehow stay alive themselves). After the remaining Abbotts, with the help of new protagonist Emmett (Cillian Murphy), reach that goal, there remains only one logical next step to the humans vs. aliens arc of A Quiet Place 3.

Related: Why A Quiet Place 2 Is Better Without Showing The Monsters’ Full Origins

If A Quiet Place could be summed up by “kill the aliens,” and the second “tell everyone,” then the third should show how everyone kills the aliens. This arc would form a perfect three-act trilogy. It remains to be seen whether the apocalypse is a ubiquitous experience; the island folk in A Quiet Place 2 appeared relatively untouched by the monsters. Maybe isolated regions, island nations or continents, escaped the devastation of upstate New York and the remainder of North America entirely. Perhaps Australia, for instance, is alive and well. Or perhaps other meteor fragments landed on other continents, and the devastation is similar to what the Abbotts have encountered. For others to have survived without the family knowing, Quiet Place 3 would need to explain more thoroughly the loss of humankind’s technological advantage and communication. The possibilities within this structure are abundant, but the path is clear, however they choose to execute it.

A Quiet Place 3, while world-expanding, should not become a no-holds-barred, globetrotting action flick. If the third entry is anything like its expertly paced, intimate predecessors, it will continue following one family’s struggle while cleverly finding ways to hint at the state of the rest of the world. The strength of A Quiet Place lies in its ability to milk every drop out of its inherently cinematic concept; it doesn’t lend itself to sprawling action and massive battles. Then again, Quiet Place 2 already succeeded by doing what the first film explicitly didn’t in showing the monsters in full and depicting their arrival. Perhaps breaking new ground in contrast to the previous films would continue to earn the franchise praise for eschewing complacency.

Or, alternatively, the exploration of the rest of the word could be delegated to a spinoff. Director Jeff Nichols (Midnight Special) is attached to a proposed spinoff film set in the Quiet Place universe. Given that film’s promise to observe this apocalypse through different eyes than the Abbott clan, a Nichols spinoff could be perfect for further exploring the world without the constraints a main-series film might feel.

The movie could examine more closely the moment the A Quiet Place monsters arrived, each location they may have landed, or possibly even their pre-arrival origins. With the warm reception to A Quiet Place Part II, it stands to reason A Quiet Place 3 will meet the challenge of creating a satisfying close to the trilogy – or leading the way to another installment in the series.

Next: A Quiet Place 2: Plot Holes vs. Annoying Contrivances

Gabriel Ponniah is a filmmaker and writer originally from Columbia, Maryland. He has worked both in and out of the entertainment industry as a freelance creator and for several production companies in film, tv, and talent development. Gabriel is excited for his eminent return to work in the industry in Los Angeles after graduating from the University of Texas at Austin with highest honors in Radio-Television-Film. When he’s not dissecting films, he’s playing basketball, cooking, or cheering on his favorite sports team: The New Orleans Saints.

5 Robin Williams Dark Comedies That People Don’t Usually Talk About, But Should