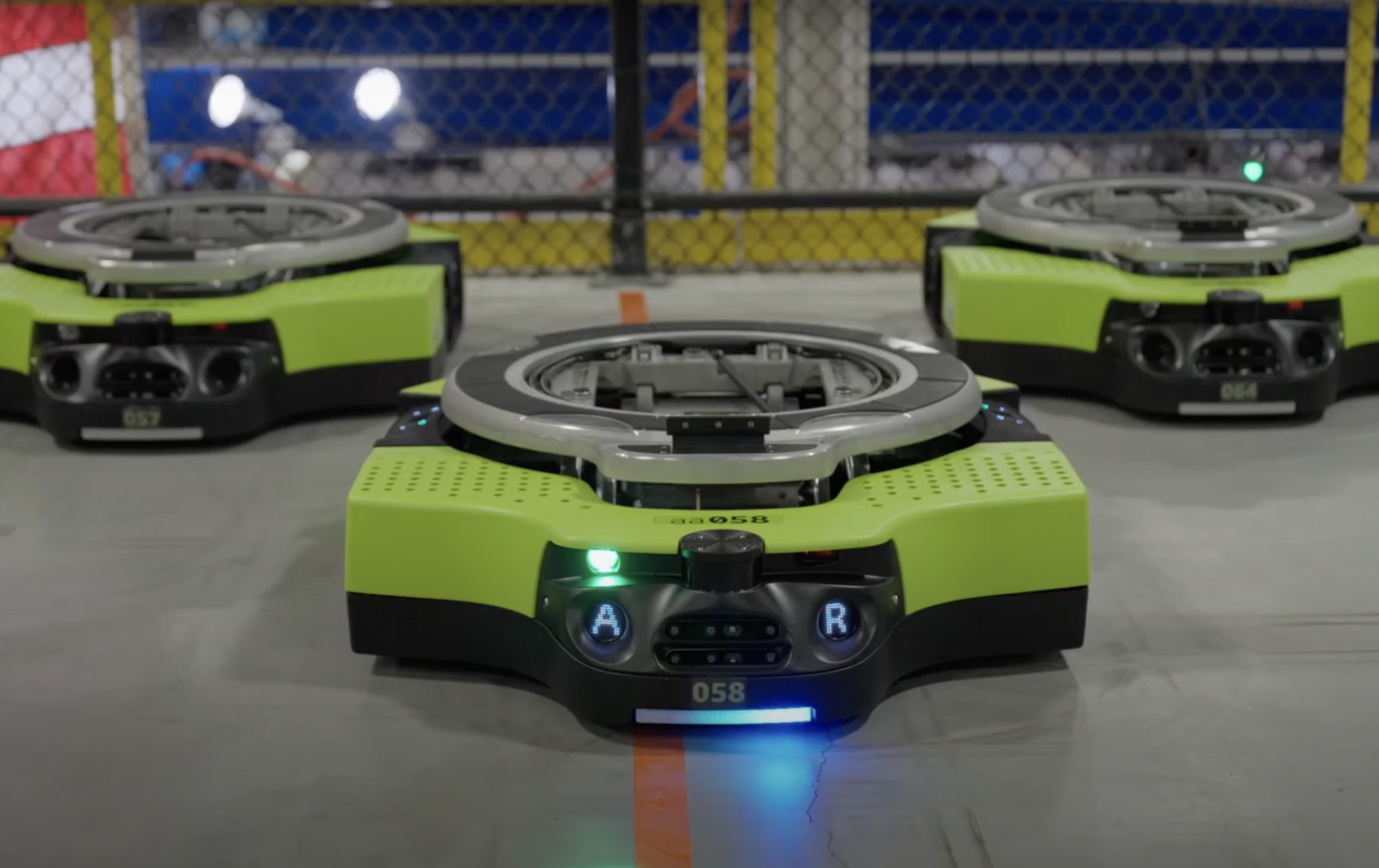 In a post looking back over the past 10 years since it purchased robotics company Kiva, Amazon has revealed its new machines, including its first fully autonomous warehouse robot. It’s called Proteus, and it was designed to be able to move around Amazon’s facilities on its own while carrying carts fulls of packages. The company said the robot uses an “advanced safety, perception and navigation technology” it developed to be able to do its work without hindering human employees.

In the video Amazon posted, you can see Proteus moving under the carts and transporting them to other locations. It emits a green beam ahead of it while it moves, and it stops if a human worker steps in front of the beam.

Amazon’s aim is to automate the handling of its package carts so as to reduce the need for human workers to manually move them around its facilities. In fact, the e-commerce giant stressed that its robots were designed to create a safer workplace for people. “From the early days of the Kiva acquisition, our vision was never tied to a binary decision of people or technology. Instead, it was about people and technology working safely and harmoniously together to deliver for our customers,” it wrote.

Another new robot called Cardinal was also designed with the idea of reducing risk of employee injuries in mind. Cardinal is a robotic arm that picks up packages, reads their labels and then places them in the appropriate cart for the next stage of the shipping process. Artificial intelligence and computer vision enable it to sort packages correctly. Amazon is currently testing a prototype that’s able to lift boxes up to 50 pounds and expects to deploy the robotic arm to fulfillment centers by next year.

Finally, the company has also revealed that it’s working on an AI technology that can automatically scan packages. Currently, workers have to scan barcodes on packages using hand scanners — this technology will eliminate the need to do that. With this scanning capability in place, human workers don’t even need to pause while sorting packages: The system can quickly recognize a package the passes its camera. Amazon explained that its camera runs at 120 frames per second and is powered by computer vision and machine learning technology.

The e-commerce giant has introduced several robots over the years, and it has always emphasized that their purpose is to improve safety at its warehouses. As The Verge notes, the company said it’s not looking to replace human workers even though an internal report that recently leaked revealed that the company expects to “deplete the available labor supply in the US network by 2024.” An Amazon robotics lead told Forbes that “replacing people with machines is just a fallacy” that could end with a company going out of business.

At least 100 killed in Afghanistan earthquake

An Undercooked Home Invasion Thriller Reveals Its Secrets on Streaming