Prof. X Ruined The Girls Before The CW Ever Could 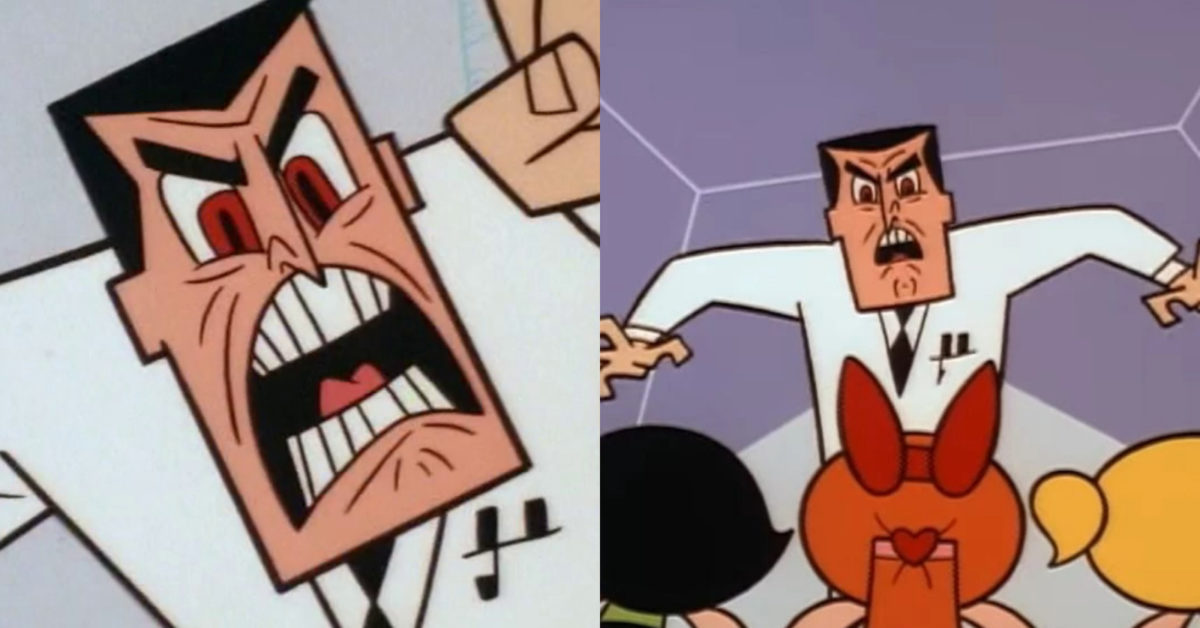 Parents on television shows are generally not the most nurturing example of how to raise children, but The Powerpuff Girls “father,” Professor X, is among the worst of fictional parents. For starters, the whole of Townsville and The Powerpuff Girls universe, on the surface, is about empowering girls…however, it’s surprisingly sexist for a show supposedly centered around feminism and “girl power.”

Yes, Professor X is a single dad…but what is less than often taken into consideration is the girls’ conception. Well, the lack thereof should be more accurate; he created the girls in a lab, which means he specifically created them, like lab rats or props, to make himself feel better about his own loneliness.

Is Professor X that much of a whiny incel that he couldn’t find a partner to start a family with, so he just created children – girls – that were designed to be sweet and nice and adore him? That’s sus, and really messed up. Guess it’s a good thing he didn’t decide to create a partner – that’s a whole additional minefield of mess. These are humans & there are ethical guidelines in place for a reason, which he just ignored for selfish reasons.

After the professor’s experiment is completed (and “botched” by the addition of chemical x, thus giving the girls powers), he then decides to farm out his little lab rats – er, daughters and put them to work almost immediately. And this isn’t a typical “I’ll pay you a nickel for every envelope you lick” kind of work – it’s basically indentured servitude in a hazardous environment and stealing childhoods from children so they can do the jobs of a lazy and useless town law enforcement team. Does Townsville not adhere to federal child labor laws? What about the UN’s protections against human trafficking? Pretty sure a lot of organizations would have something to say about a man creating young girls in a lab.

Aside from the ethical quandary of the girls’ creation and the child labor, what person in their right mind, especially a parent, puts their child in dangerous life-or-death situations on the regular, knowingly? In some episodes, he even pushes the girls into these situations to save the city when they’re not feeling it. Why are you dragging young children out of bed to face what’s basically a war zone?

Giving preschool and young children certain freedoms and agency are necessary for their development of independence. However, Professor X’s parenting goes over the line and takes it too far. And nobody in Townsville is prepared to stop him – they celebrate this abusive man because they’re all too clueless to figure out a viable solution to crime fighting aside from child endangerment.

At least The CW show would’ve caught up with them after they were grown – watching beloved cartoon characters adapted as modern CW “edgy young adults” is weird…though it’s better than watching children be abused and endangered. Professor X is easily among the worst TV parents, hands down.