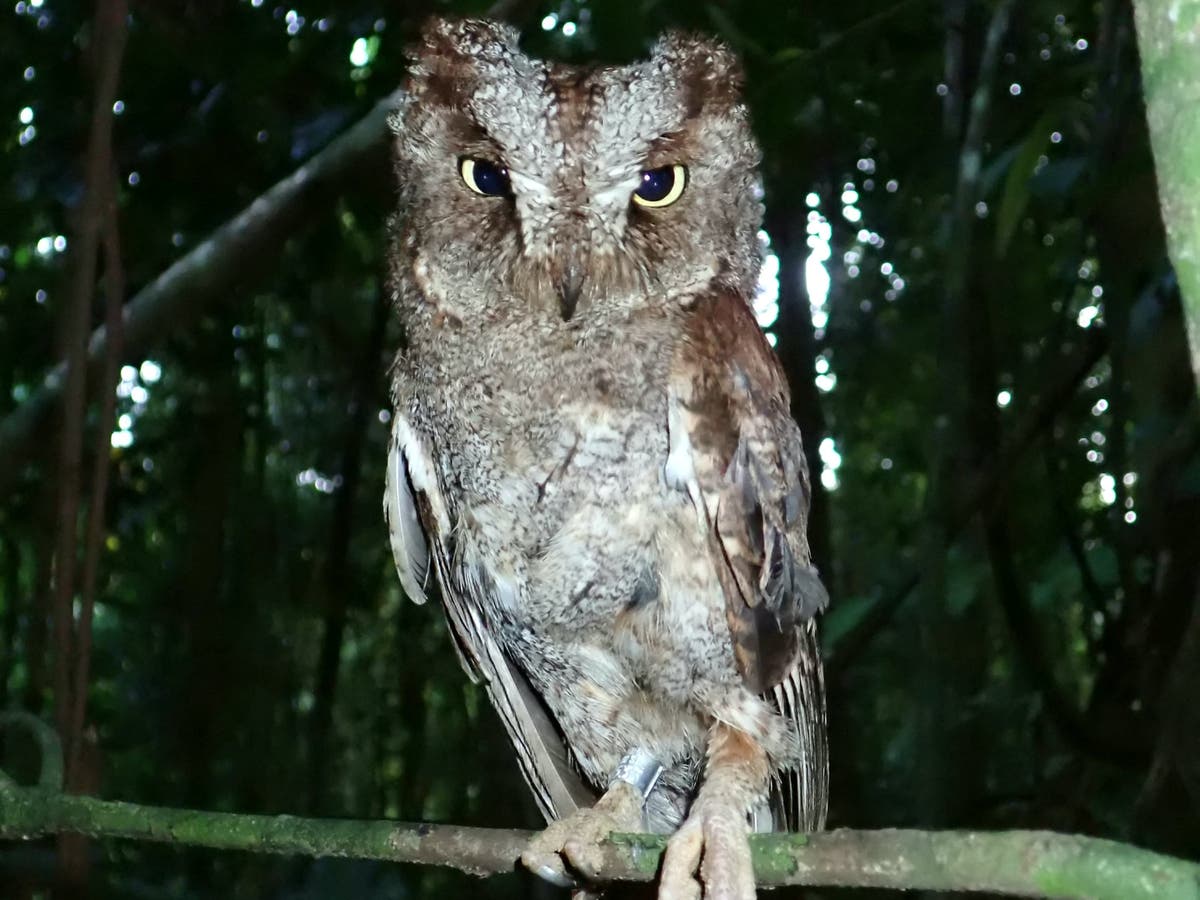 A new species of owl has been discovered in an island off the coast of Africa.

The bird, called the Principe Scops-Owl, was found on Príncipe, an island just off the west coast of the continent in the Gulf of Guinea.

It was first located by scientists in 2016, but suspicions of its existence started in 1998 and testimonies from local people suggest it could be traced back as far as 1928.

The bird’s Latin name is Otus bikegila. Otus is a name given to a group of small owls sharing a common history, commonly called scops-owls.

And Bikegila was chosen in honour of Ceciliano do Bom Jesus, nicknamed Bikegila – a former parrot harvester from Príncipe and now a ranger in the island’s natural park.

The researchers said: “The discovery of the Principe Scops-Owl was only possible thanks to the local knowledge shared by Bikegila and by his unflinching efforts to solve this long-time mystery.

“As such, the name is also meant as an acknowledgment to all locally-based field assistants who are crucial in advancing the knowledge on the biodiversity of the world.”

“In the wild, the easiest way to recognise one would be its unique call – in fact, it was one of the main clues leading to its discovery.“

The bird’s unique call is a short “tuu” note repeated at a rate of about one note per second, reminiscent of insect calls.

Lead author of the study Martim Melo said it is “often emitted in duets, almost as soon as the night has fallen”.

Its habitat is the only in the remaining old-growth native forest of Príncipe in the uninhabited southern part of the island.

In this small area that is about four times the size of Central Park, New York, the densities of the owl are relatively high, with the population estimated between 1000 and 1500.

Researchers have said that the species should be classified as ‘Critically Endangered’, the highest threat level on the IUCN Red List. This recommendation must still be evaluated by the International Union for Conservation of Nature.

The researchers added: “The discovery of a new species that is immediately evaluated as highly threatened illustrates well the current biodiversity predicament.

“On a positive note, the area of occurrence of the Principe Scops-Owl is fully included within the Príncipe Obô Natural Park, which will hopefully help secure its protection.

“Although it may seem odd for a bird species to remain undiscovered for science for so long on such a small island, this is by no means an isolated case when it comes to owls.

The findings were published in the journal ZooKeys.

Vin Diesel’s Faith Is Put to the Test

DoorDash Wendy’s and get $5 off your next…

The Rock Rides a Golf Cart as DC’s Hierarchy of…

Some primates are more susceptible to parasites…